How Democrats would tie the Supreme Court's hands on voting rights 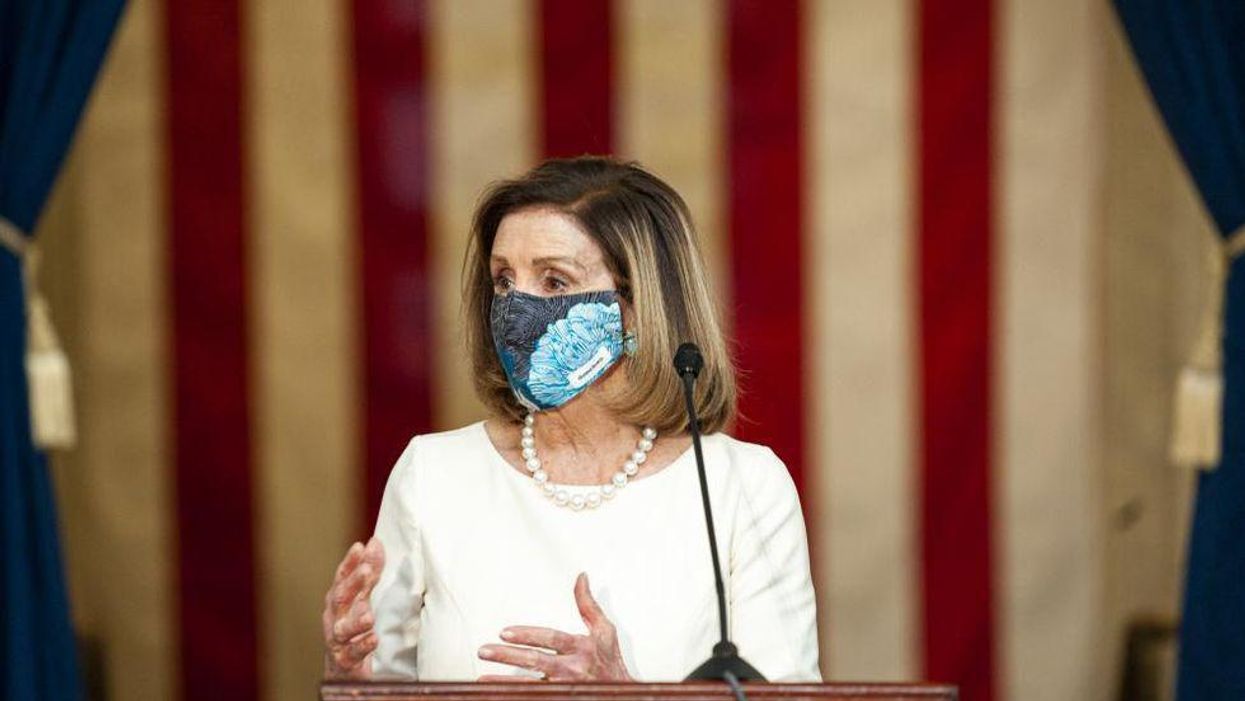 After passing the For the People Act in March, Democrats in the U.S. House of Representatives passed another voting rights bill this week: the John R. Lewis Voting Rights Advancement Act, named after the late Rep. John Lewis of Georgia (who died in 2020). House Resolution 4, a.k.a. the Lewis Act, now faces a steep uphill climb in the U.S. Senate, where Democrats have a narrow majority but not enough votes to meet the 60-vote requirement of the filibuster. Nonetheless, liberal Washington Post columnist Greg Sargent stresses that getting the Lewis Act passed in the House was an important achievement for Democrats, describing it as a "broadside against the edifice of minority rule that Republicans are busy constructing."

"Tucked inside that bill are provisions that take direct aim at minority rule, but not in an obvious way," Sargent explains in his column this week. "We often talk about individual features of our system — voter suppression, extreme gerrymanders, the electoral college — as anti-majoritarian. But we don't talk enough about how various features interlock to create anti-majoritarian structures that are more impregnable than the sum of their parts."

Sargent continues, "The Lewis Act's key provisions restore federal preclearance requirements for changes in voting rules, and make it easier to challenge discriminatory voter suppression measures, both responses to the Supreme Court's gutting of the Voting Rights Act, in 2013 and this year. But the (Lewis) Act also seeks to limit the Court's ability to uphold measures making voting harder and to strike down measures making voting easier. It requires the Court, in hearing cases on election rules, to put greater weight on the 'public's interest in expanding access to the right to the vote.' And it bars the Court from overturning lower court rulings that expand voting access unless it determines that this places burdens on the public interest that 'substantially outweigh'' its interest in expanding that voting access."

When Joe Biden was sworn in as president on January 6, he inherited the most right-wing U.S. Supreme Court in generations thanks to former President Donald Trump and now-Senate Minority Leader Mitch McConnell. Only three of the High Court's nine justices were appointed by Democratic presidents. And with the High Court having become so right-wing, Sargent is glad that House Democrats just passed a bill that offers voting rights protections.

"In short, in passing this bill, Democrats are taking aim at a key structural element in the edifice of minority rule," Sargent writes. "This doesn't just involve using congressional power to defend and expand voting rights and access — it also uses it to shape how courts can rule on them…. Samuel Moyn, a Yale law professor and longtime advocate for court reform, describes this as a mode of 'fine tuning judicial power' that's perfectly within Congress' authority."

Interviewed for Sargent's column, Moyn offered some reasons why the Lewis Act is important.

Moyn told Sargent, "It is essential that HR 4 does double duty as an experiment in court reform…. Passing a pro-democracy law and protecting it from a non-democratic judiciary are two sides of the same coin…. By undertaking court reform alongside voting rights, it opens a much-needed debate on how to begin to bring the country out of its minority-rule syndrome."

But as Sargent points out in his column, getting the Lewis Act passed by the U.S. Senate is a heavy lift. Under the rules of the filibuster, most bills need at least 60 votes in order to pass — and the Democratic Senate majority is not a 60-vote majority. One option is abolishing the filibuster, which centrist Democrats Sen. Joe Manchin of West Virginia and Sen. Kyrsten Sinema of Arizona are adamantly opposed to. Sinema, in fact, is so staunch a defender of the filibuster that in June, she even penned a Washington Post op-ed arguing that Democrats will be glad to have the filibuster if Republicans regain control of the Senate.

Sargent laments, "This new bill that just passed the House almost certainly won't become law because of — yup — the anti-democratic filibuster, as long as Senate Democrats refuse to reform or end it."