Manchin, Sinema, and the sabotage squad have to answer one simple question 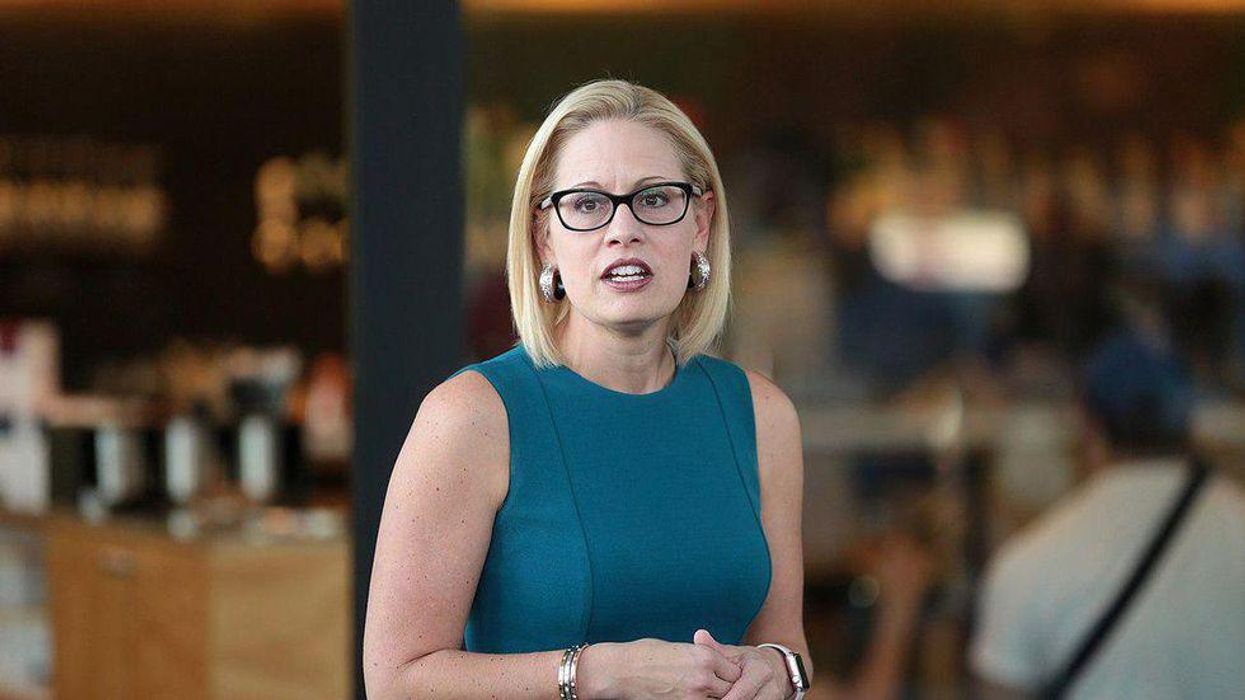 The dust has now settled on the Sabotage Squad's revolt against President Joe Biden's first term infrastructure agenda, with what they're calling a win. They got a date written into a procedural bill that tells the House to vote on infrastructure before … the bill they're voting on is to become effective. So the Senate's hard infrastructure bill will get a vote, but so will the larger critical budget reconciliation bill that's going to include Biden's Build Back Better plan, and the two bills remain linked.

As House Speaker Nancy Pelosi said, "It's a clarification." She explained: "We would have had to pass the infrastructure bill by September 30 anyway because the authorizations expire for highway and some of the things in the bill. And so we're talking about a couple of days earlier." What the would-be wreckers—and Joe Manchin and Kyrsten Sinema, their accomplices in the Senate—really achieved was proving to the rest of Democrats that they really can't be trusted. That can help sabotage-proof the work on Biden's $3.5 trillion human infrastructure Build Back Better Plan.

What it should do is compel Biden and every other Democrat, as well as the Capitol Hill press, to ask the Sabotage Squad precisely what it is in Biden's plan that they oppose. In an op-ed the House members wrote last Sunday, they said they were "firmly opposed to holding the president's infrastructure legislation hostage to reconciliation, risking its passage and the bipartisan support behind it." Which was bullshit. The only bipartisan support it required was in the Senate, and it already passed there. The Senate isn't going to undo that vote.

The group wrote—very sincerely I'm sure—that they want to "quickly consider reconciliation and the policies from climate to health care to universal pre-K that we believe are critical." So they really, really do support all that good stuff, but "we have concerns about the level of spending and potential revenue raisers." Or as MSNBC opinion columnist Hayes Brown sarcastically translates: "Please let us vote on the bipartisan bill first and free us from having to support whatever's in the reconciliation bill that makes it cost so much."

They, and Manchin and Sinema, have steadfastly refused to provide any specific objections to the reconciliation bill beyond "it costs too much." They refuse to put any substance at all behind their objections, which are purely political. They refuse to say which they want cut: the monthly child tax credit payments to young families? The expansion of Medicare to include vision, dental, and hearing care? The safe housing? The environmental cleanup? The path to citizenship for immigrant families?

Here they are mouthing support for Biden's agenda while arguing that it's too expensive and they can't possibly put their vote behind a number that big. They want it both ways—to pretend to be team players but at the same time distance themselves from Pelosi and the rest of the Democrats by being deficit peacocks. Because everyone knows the Very Serious People are concerned about the deficit. As is the the dark money group No Labels, which is essentially bankrolling this sabotage.

They need to publicly provide some answers to those questions because they're putting every Democrats' job on the line by threatening this bill. They're potentially hurting everyone's constituents. They need to tell their colleagues, President Biden, and the public precisely what it is they object to. That's going to be essential to prevent them from pulling the rug out from under Schumer at the last minute. Because, again, they have proven that they cannot be trusted in the process. Anything that can be done to minimize their ability to sabotage this further needs to be done.

Thus far their goal has been to keep the larger bill from passing and to factionalize the Democratic caucus. They want to maintain the ability to destroy Biden's agenda for no apparent reason. None other than the fact that it's what ExxonMobil and all the dark money groups behind them and No Labels want.