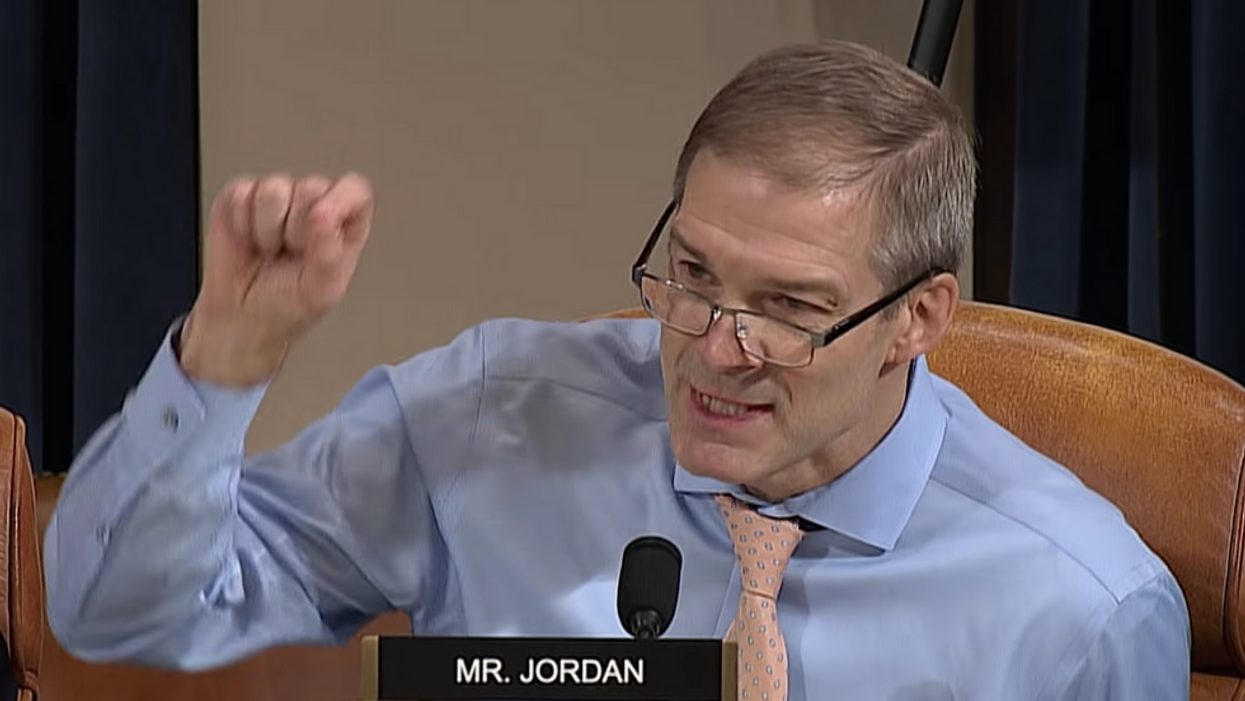 The two Republicans serving on the select committee to investigate Jan. 6 agree on at least one thing: Republican Minority Leader Kevin McCarthy and Rep. Jim Jordan of Ohio are prime targets for a subpoena.

Asked if the pair should be subpoenaed over the weekend, Rep. Adam Kinzinger of Illinois responded that he would "support subpoenas to anybody that could shed light" on what Donald Trump was doing as the Jan. 6 attack on the Capitol played out.

Both McCarthy and Jordan fall into the category of people who talked to Trump on Jan. 6. Kinzinger knows that, and his comments echo those of Rep. Liz Cheney of Wyoming, the select committee's lead GOP member, who last week tagged Jordan as potentially being "a material witness."

Jordan himself fessed up last week to speaking with Trump on Jan. 6, though he claimed to be foggy on both when exactly the call took place and what was said. That tracks—who could possibly recall what they said to the guy sitting in the Oval Office on a day in which the most violent attack on the U.S. Capitol since 1812 unfolded?

Subpoenaing McCarthy is also a prospect Cheney laid out months ago when she volunteered during an interview with ABC News that McCarthy should "absolutely" testify, adding that she wouldn't be surprised if a subpoena became necessary to compel that testimony.

So what would happen if the select committee subpoenas McCarthy, Jordan, and potentially other GOP members of Congress? The legal answer to that question is still a total mystery since there's little precedent for it. What we do know is the Justice Department has already indicated it does not support an executive privilege exemption for anyone who spoke with Trump about Jan. 6 or his other efforts to overturn the 2020 election.

But one way or the other, the political stakes could be very high. Whether or not GOP members ultimately testify, refusing to comply with an effort to uncover what really happened on Jan. 6 might enthuse Trump cultists, but it's unlikely to play well with the key swath of suburban voters who could prove decisive in the midterms.