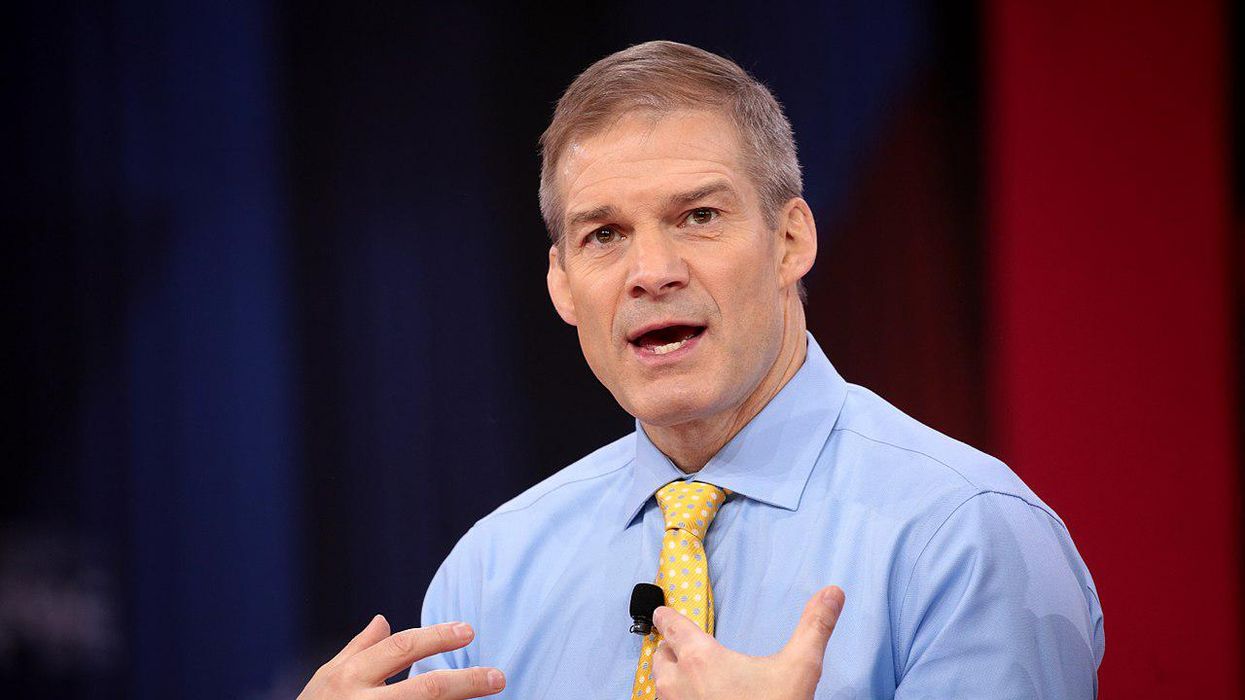 When House Minority Leader Kevin McCarthy recommended Rep. Jim Jordan for Speaker Nancy Pelosi's select committee on the January 6 insurrection, Pelosi was quick to reject the far-right Ohio congressman. She argued that while she welcomed Republican participation (Pelosi chose arch-conservative Rep. Liz Cheney of Wyoming), Jordan's presence on the committee would be wildly inappropriate. Indeed, Jordan's critics argued that given how aggressively he supported former President Donald Trump's false claims of widespread election fraud, he was the last person Pelosi should have on her committee. And an in-depth article published by Just Security this week offers a comprehensive timeline of Jordan's false claims about the 2020 presidential election.

The article was written by Just Security reporters Justin Hendrix, Nicholas Tonckens and Sruthi Venkatachalam, whose timeline spans August 22, 2020 to August 2 of this year and demonstrates that even before the election, Jordan was echoing Trump's bogus voter fraud claims.

Speaking on the House floor on August 22, 2020, Jordan implied that Democrats would try to steal the election and said, "Imagine what the Democrats want to do, throw live ballots out there to everyone." And two days later — when Jordan spoke during a hearing with Postmaster General Louis DeJoy — he claimed that Democrats were promoting mail-in ballots in order to create "chaos and confusion."

After the election, Just Security's timeline shows, Jordan was a frequent guest on Fox News and Newsmax — both of which gave him a platform for echoing the false voter fraud claims that Trump and his attorneys were pushing. Democrats, Jordan tweeted on November 18, "want you to believe there was nothing wrong with the integrity of the 2020 election." And Jordan promoted the Big Lie over and over in December before promoting Trump's "Stop the Steal" rally on January 6. Then, after Trump was impeached, Jordan went out of his way to defend him.

The timeline ends on August 2, with Jordan claiming that Pelosi's committee was merely an exercise in partisanship. But in fact, Pelosi had included two Republican conservatives on her committee: Cheney and Rep. Adam Kinzinger of Illinois.

Hendrix, Tonckens and Venkatachalam note, "Jordan's impact on broadcast and social media is extraordinary. He is a frequent guest on Fox News, as well as Newsmax and OAN, and advanced false claims about the election on all three networks. Of the 147 Republican members of Congress who opposed the certification of the election, Jordan was 'the most prolific Fox guest,' according to an analysis by Media Matters, a non-profit organization that monitors conservative misinformation."