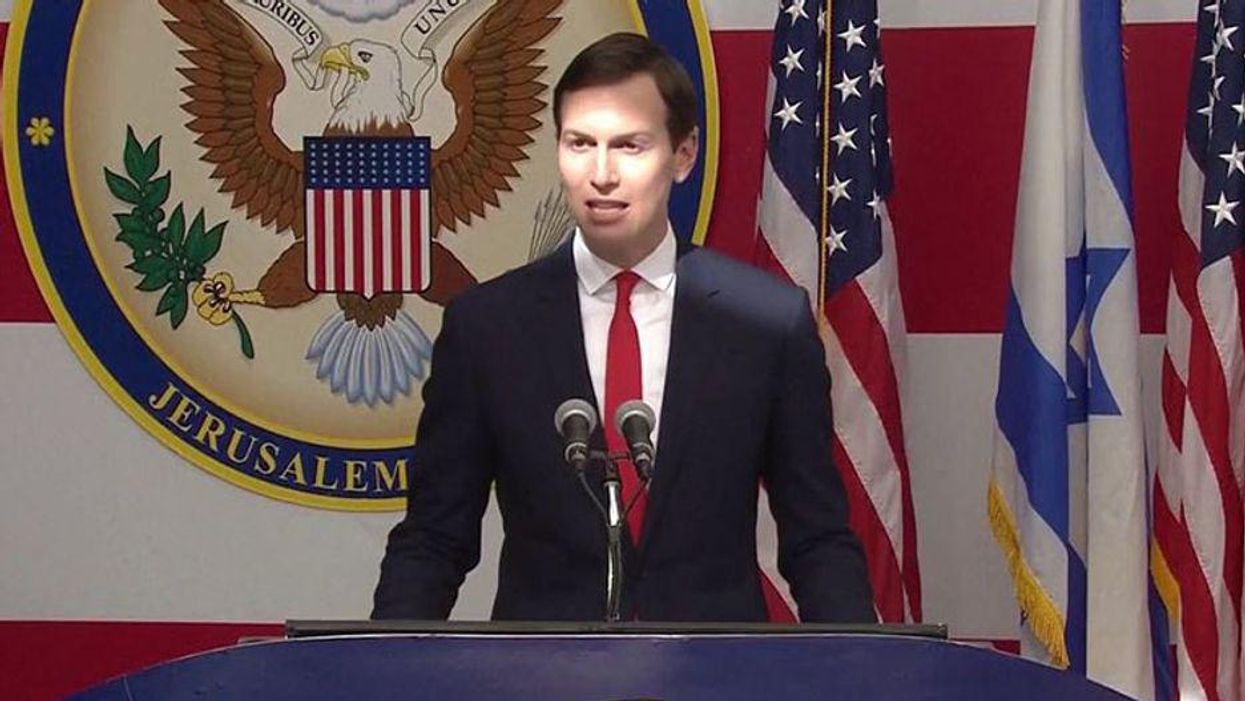 A friend and former associate of Jared Kushner, Donald Trump's son-in-law, was charged with cybercrimes on Wednesday by Manhattan's district attorney for cyberstalking his ex-wife.

Kurson, 52, a former editor of the New York Observer and a one-time speechwriter for Trump, stands accused of illegally accessing his ex-wife's communications in 2015 and 2016 during his time as the editor-in-chief of Observer Media Group. Kurson allegedly used spyware that tracked his ex-wife's keystrokes, allowing the Kushner confidante to glean his wife's passwords for her email and social media accounts, according to a criminal complaint.

The charges are just the latest development in a bizarre case that was formally opened back in 2018 when the FBI ran a routine background check on Kurson ahead of his unpaid advisory role as a board member on the National Endowment for the Humanities during the Trump administration. At the time, the FBI quickly found that Kurson was facing accusations of harassment by a number of people, including a doctor working at Mount Sinai Hospital whom Kurson alleged ruined his marriage which ended in divorce in 2016. The former editor's past accusers alleged that Kurson actions had been "diabolical."

Following years of litigation, Kurson was first charged in October of last year for cyberstalking and harassing three people before being pardoned by then-president Trump. Kurson was one of the many high-profile individuals to be pardoned or vacated by Trump during his final days in office. Trump's intervention came amid reports that Kurson had been negotiating a plea with federal prosecutors, leading some to suspect that Kurson may have successfully evaded any legal repercussions.

But Manhattan District Attorney Cyrus Vance recently revealed that Trump's pardon will be ineffectual in the latest proceeding.

"We will not accept presidential pardons as get-out-of-jail-free cards for the well-connected in New York," Vance said in a statement. "As alleged in the complaint, Mr. Kurson launched a campaign of cybercrime, manipulation, and abuse from his perch at the New York Observer, and now the people of New York will hold him accountable."

The latest complaint establishes that Kurson's improprieties do not amount to a one-time affair, but rather a pattern of "installing software on one individual's computer to monitor that individual's keystrokes and website usage without his/her knowledge or authorization."