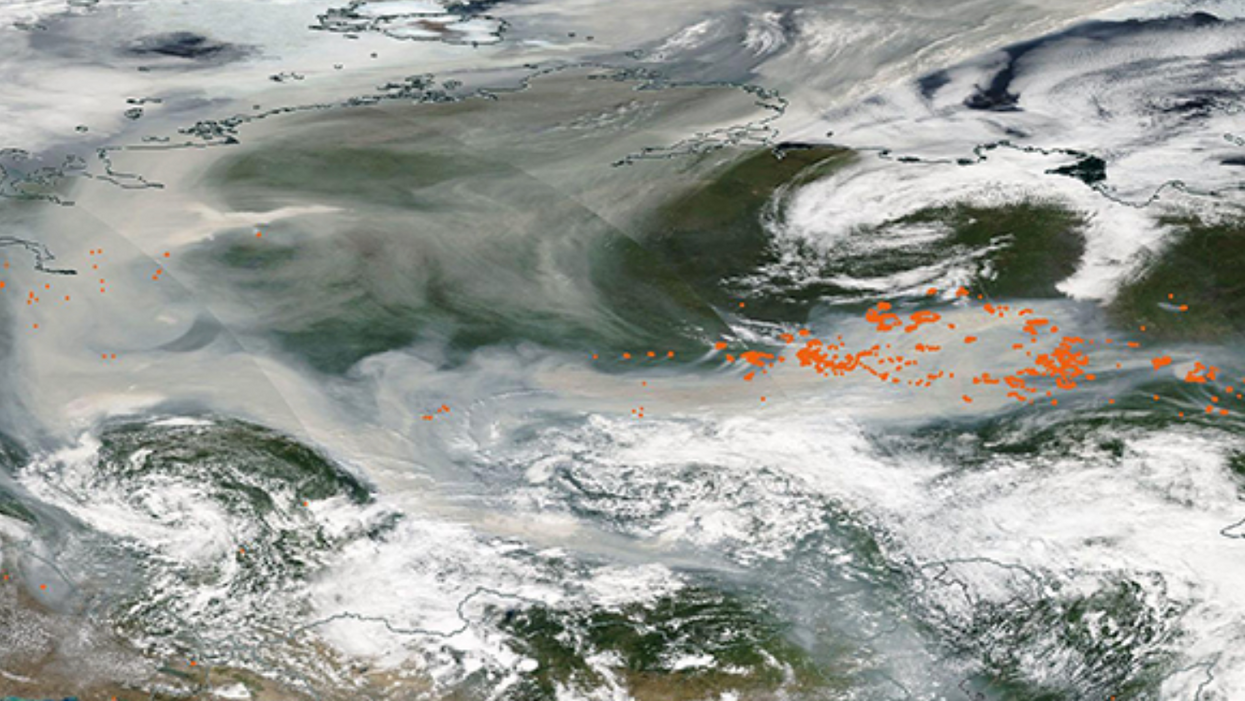 The very fact that wildfires are occurring in Siberia is a shocker. Siberia, with its infamously cold temperatures, is where communist officials sent political prisoners as a form of punishment during the days of the Soviet Union. But this week, the news has become even more shocking: smoke from those wildfires has reached the North Pole — marking a grim milestone in the climate change crisis.

According to National Public Radio, this is the "first time in recorded history" that smoke from wildfires has made its way to the North Pole — which is one of the coldest parts of the world, although not as cold as Antarctica's South Pole. This stunning development comes the same week as a disturbing report by the United Nations' Intergovernmental Panel on Climate Change, which found that urgent action will need to be taken to address the climate change crisis.

Journalist Sharon Pruitt-Young, reporting for NPR, explains, "Data captured by satellites flying over the region revealed Friday show just how much smoke is being produced from the hundreds of forest fires in the Sakha Republic in Siberia and just how far that smoke is spreading, NASA said in a release issued over the weekend."

Pruitt-Young points out that historically, wildfires have hardly been common in Siberia.

"The wildfires in Siberia are already an out-of-the-ordinary occurrence," Pruitt-Young notes. "The Sakha Republic, also known as Yakutia, is covered by boreal, or snow forest — and its northern region is one of the coldest places on the planet, according to the NASA report. However, the area has been experiencing record high temperatures recently. In June, some parts reached a ground temperature of 118 degrees Fahrenheit and an air temperature of 89.4 degrees, according to Arctic Today."

The 2021 summer has been bad for wildfires in many parts of the world, from California and Oregon to Algeria to Greece. Meanwhile, in Sicily, a record high temperature of 119F/47C was recorded this week, according to Axios.

Agence France-Presse reports, "The head of Greenpeace Russia's forest program, Alexei Yaroshenko, linked the growing area of Russia's wildfires with the effects of climate change as well as the 'continuing decline of state forest management.'"