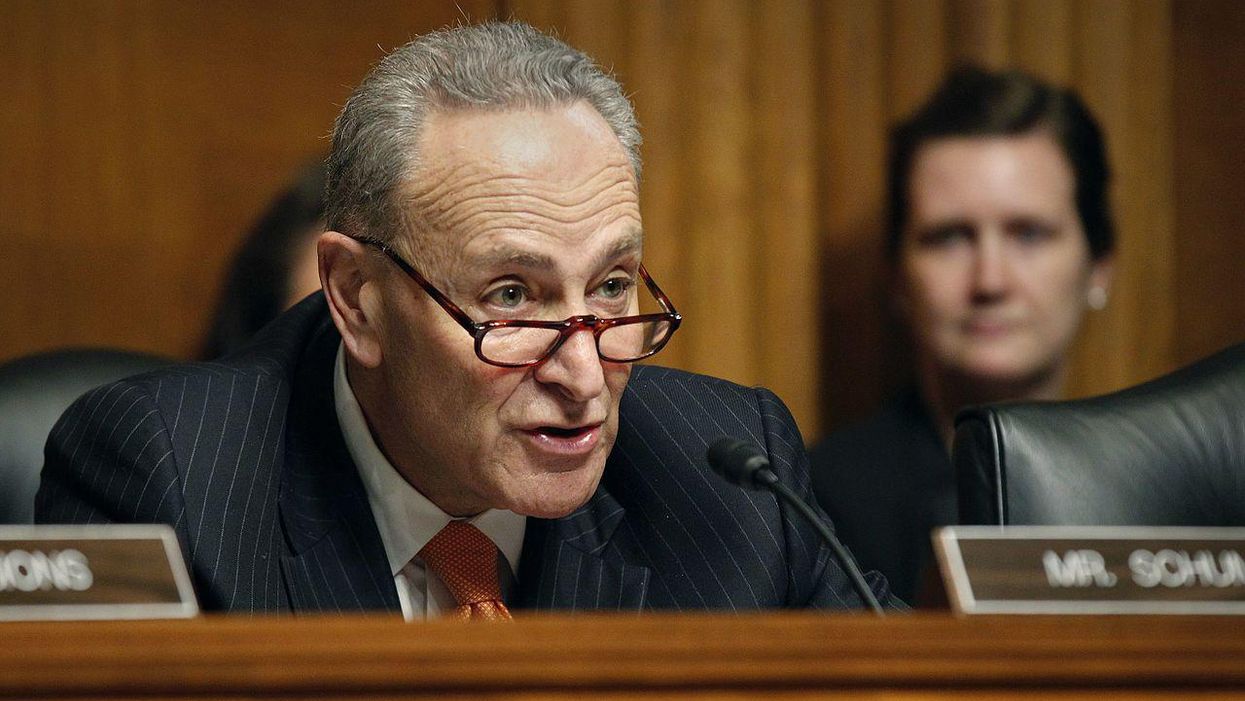 As the United States Senate on Saturday voted to advance a $1.2 trillion bipartisan infrastructure package, progressive lawmakers warned that they will not vote for the proposed legislation if it does not adequately fund human needs such as healthcare, housing, and climate action.

Saturday's 67-27 Senate cloture vote on the 2,700-page Infrastructure Investment and Jobs Act (pdf) overcame a major barrier to the measure's passage, although it was unclear when the Senate would hold a final vote on the bill.

"We can get this done the easy way or the hard way," Senate Majority Leader Chuck Schumer (D-N.Y.) said on the Senate floor before the vote. "In either case, the Senate will stay in session until we finish our work. It's up to my Republican colleagues how long it takes."

The deal—which falls short of the $2.25 trillion originally proposed in President Joe Biden's American Jobs Plan, and is far less than the $10 trillion that progressives say should be spent—includes $550 billion in new infrastructure funding, including for roads and bridges, public transport, railways, broadband internet, port and airport upgrades, power and water system improvements, and environmental remediation.

Notably absent from the deal are progressive agenda items including a 7% corporate tax hike, Medicaid expansion, workforce development, and, critically, measures to address the climate crisis.

Biden took to Twitter Saturday to tout the deal:

We can’t just build back to the way things were before COVID-19, we have to build back better. The Bipartisan Infra… https://t.co/YGgHROtwKu
— President Biden (@President Biden) 1628351220.0

Addressing the bill's climate shortcomings, Sen. Sheldon Whitehouse tweeted Saturday that "the plan is to get this bill passed and focus on the reconciliation package next. That's where the big climate provisions will be."

Democrats plan to use the reconciliation process to thwart a Republican filibuster of $3.5 trillion in additional spending on progressive priorities including climate action, Medicare expansion, free community college, universal pre-K, and paid family leave, to be funded by tax hikes on corporations and the wealthy.

Progressive lawmakers and advocates have lamented what they say are the bipartisan deal's many inadequacies, with the Congressional Progressive Caucus vowing Saturday to oppose any bill that does not include funding for climate and social agenda items.

Since this infrastructure process began, we've been fighting for it to include 5 things: ✔️Affordable housing ✔️Ca… https://t.co/f2KID2fYke
— Progressive Caucus (@Progressive Caucus) 1628371800.0

As Rep. Pramila Jayapal (D-Wash.) said earlier this week, "If the bipartisan bill isn't passed with a reconciliation package that has our popular priorities, we're not voting for it."

Appearing on Democracy Now! earlier this week, Jacobin staff writer Branko Marcetic said that "the bipartisan bill, by virtue of having to negotiate with the Republicans, who, of course, are climate deniers and... are captured by corporate interests, including fossil fuels, of course, they do not want a whole host of climate measures in there that are going to compete with those industries or that will... eventually phase them out."

"So, a lot of that stuff has been stripped down," Marcetic added. "The clean energy standard, which was meant to be one of the cornerstones of transitioning the United States' electricity grid away from fossil fuels and to renewable energy, that's out of the bill."

According to the outlet:

The bill includes billions of dollars for carbon capture, utilization, and storage; hydrogen fuel made from natural gas; and "low emissions buses" that could run on fuels including hydrogen and natural gas. It also encourages subsidies that go unquantified in the legislation, for example urging states to waive property taxes for pipelines to transport captured carbon.

Progressives are also seething at a Republican amendment that would increase Pentagon funding by $50 billion.

Marcetic warned of the potential consequences facing Democrats ahead of the 2022 midterm elections if they do not fight for the provisions in the more ambitious $3.5 trillion proposal.

"It's going to be very difficult for Democrats to actually hold the House and the Senate," he told Democracy Now! "If this doesn't get passed, it will be looked at as a massive missed opportunity that we will really regret, I think, in years to come."