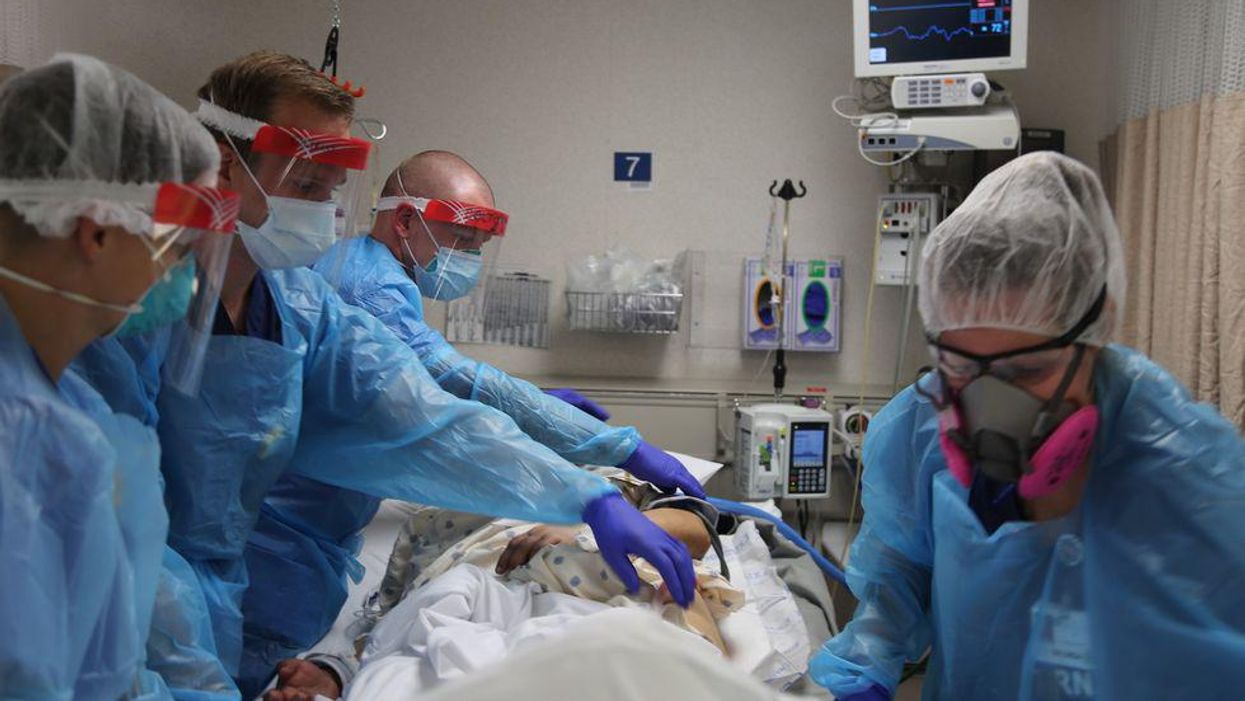 With hospitals across the U.S. refusing to comply with a new federal rule requiring them to disclose the prices they negotiate with health insurers, a sampling of previously secret data published late Sunday reveals how much basic medical procedures cost at dozens of major hospitals in a project that critics of the for-profit healthcare system said reveals the severity of its dysfunction.

The database of hospital rates compiled by the New York Times and researchers at University of Maryland-Baltimore details how patients are charged drastically different prices for the same medical care depending on what insurance company they use—with some procedures costing less if a patient has no insurance at all.

As the Times reported, at University of Mississippi Medical Center a patient with a Cigna plan can expect to pay $1,463 for a colonoscopy, while someone with Aetna insurance would be charged more than $2,100. An uninsured patient would be billed for $782. Patients receiving an M.R.I. at Memorial Regional Hospital in Hollywood, Florida will be billed between $1,827 and $2,455 if they have a Cigna, Humana, or Blue Cross plan, and only $262 if they have Medicare.

The data flies in the face of claims made for years by proponents of the for-profit health insurance system—including lawmakers from both parties—that insurers help individuals and employers by negotiating favorable prices for medical care. "The worrying thing is that the third party you're paying to negotiate on your behalf isn't doing as well as you would on your own," Zack Cooper, a health economist at Yale, told the Times.

Matt Bruenig of the People's Policy Project tweeted that the report highlights how "dysfunctional" the for-profit system is, with pricing schemes that "clearly have no relation to anything" other than boosting health insurance companies' profits—to the detriment of a growing number of Americans enrolled in high-deductible health plans that require them to pay high amounts out of pocket despite having coverage.

"Keep these prices in mind the next time you see a report...that tries to figure out whether a particular single payer plan's reimbursement rate would be unworkable," tweeted Bruenig.

As the Times reported, an insurance company can have several prices for the same service at a single hospital, "based on which plan was chosen at open enrollment, and whether it was bought as an individual or through work."

While Americans choosing health insurance plans may spend significant time painstakingly comparing deductibles, monthly premiums, and the providers who accept a certain plan, most people "have no idea that they may also be picking a much worse price when they later need care," wrote Sarah Kliff and Josh Katz at the Times.

The secrecy with which hospitals and insurers are still operating despite the new transparency rule has left insurers with "little incentive to negotiate well" on their customers' behalf, they wrote.

One mother of a young patient, Caroline Eichelberger, struggled to find out how much she would have to pay for a rabies vaccine her son needed. Her Cigna plan covered $4,198 for the vaccine containing two drugs, but since she had a $3,500 deductible, she attempted to find a way of saving money:

Neither the hospitals she called nor her insurer would give her answers.She made her decision based on the little information she could get: a hospital, Layton, that said it would charge her $787 if she paid cash. The price for paying with insurance wouldn't be available for another week or two, she was told.
But even the cash price didn't turn out to be right: A few weeks after the visit, the hospital billed her an additional $2,260.
It turns out that the original estimate left out a drug her son would need.

"It was the most convoluted, useless process," Eichelberger, told the Times.

The report proves that "the U.S. truly has one of the worst healthcare systems in the world," tweeted Daniel Aldana Cohen, a sociology professor at Berkeley, who was one of many observers who took note of the research on social media.

"Let's be clear, your health insurance company does not 'work for you,' it works for the stockholders of that company," said Carlos del Rio, a professor at Emory School of Medicine. "It is simply unsustainable how broken the system really is. Hopefully some degree of transparency will help."

While the newly publicized price data alone is unlikely to reduce healthcare costs, suggested journalist Jon Walker, it could intensify pressure to radically change the U.S. healthcare system and further discredit claims that a government-run or single-payer healthcare system, in which patients would be charged nothing for medical care at the point of service, would be unaffordable and "unrealistic."

"It may produce the political will for real reform," Walker tweeted.