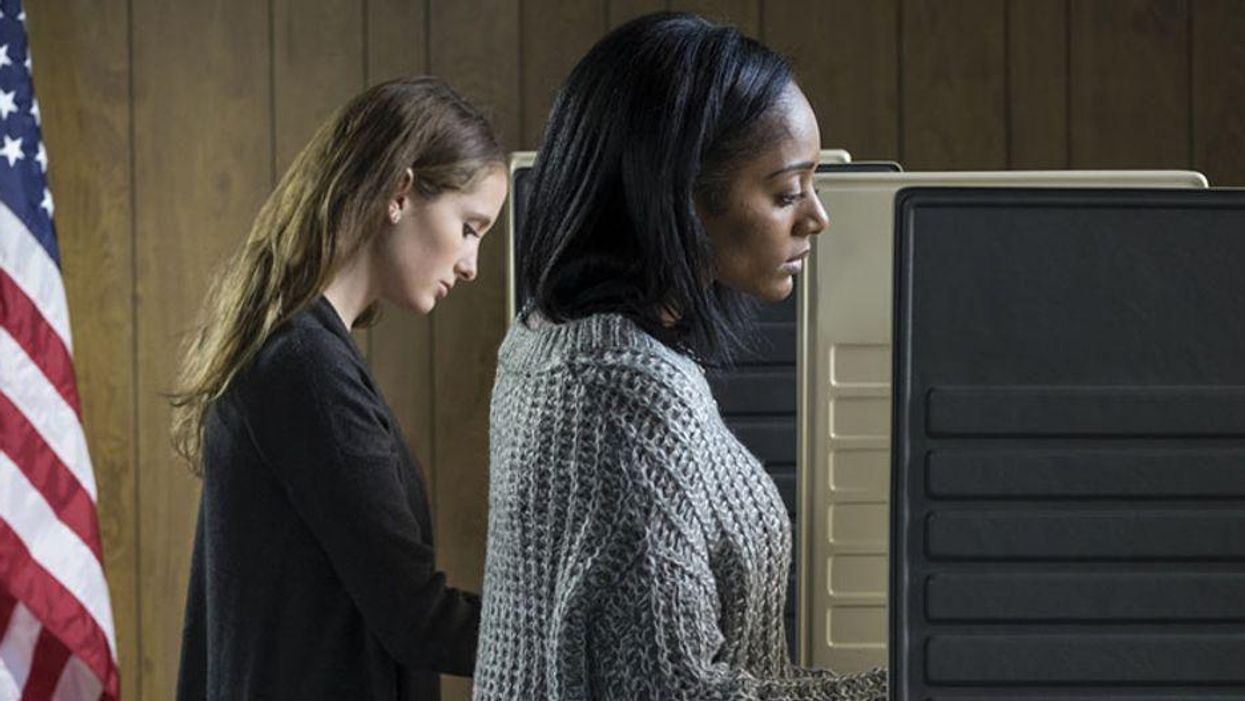 Voting rights groups sounded alarms on Wednesday after Georgia election officials voted to investigate the election's management in Fulton County—a step that could bring the Republican-led state closer to overseeing elections in the heavily Democratic county.

Fair Fight Action—the Atlanta-based organization that helped turn out Democratic voters in the state last year—noted that under Georgia's sweeping new voter suppression law, which was passed in March, the Republican-controlled election board selected the county with the most voters of color in the state to appoint its first investigatory panel.

Under the law, which was signed by Republican Gov. Brian Kemp, lawmakers are permitted to request performance reviews and initiate state takeovers of local election boards, starting with the establishment of panels like the one now being assembled in Fulton County.

The bipartisan panel will have 90 days to issue a written report about the county's election results, long lines, and reports that some voters did not receive their absentee ballots. The report could give the state election board the authority to appoint a temporary superintendent to oversee vote counting and polling place operations in Fulton County.

"It is not surprising that the Republican-controlled General Assembly has targeted Fulton County, Georgia's largest county and home to the greatest number of voters of color in the state," Fair Fight Action said in a testimony opposing the creation of a panel. "This takeover process may be just the first step in the General Assembly's anti-democratic attempts to impose partisan control of elections in certain jurisdictions."

Sara Tindall Ghazal, a Democratic appointee to the majority-Republican election board, said Fulton County residents have for years reported problems with elections that have kept them from voting, but noted, "The narrative driving this pressure [to assemble a panel] has been influenced by disinformation surrounding the November 2020 election."

President Joe Biden overwhelmingly won the election in Georgia, and the tally was subjected to three recounts—by machine and by hand—as former President Donald Trump and other Republicans claimed the results were fraudulent. A state election monitor found that no fraud had taken place.

A poll by Yahoo News/YouGov earlier this month found that two-thirds of Republican voters nationwide still believe Trump's continued claims that he rightfully won the election.

Robb Pitts, chairman of the Fulton County Commission, said the push to investigate the election was driven by the former president's "Big Lie."

State Sen. Jen Jordan, a Democrat who is running for attorney general in Georgia, called the move "dangerous" and "legally dubious."

Today I stood with my Democratic colleagues from the #fultoncounty delegation to speak against GA GOP efforts to ta… https://t.co/dE5ZDloruA
— Jen Jordan (@Jen Jordan) 1628777618.0

Pennsylvania Lt. Gov. John Fetterman, who is running to replace Sen. Pat Toomey (R-Penn.), said the panel is an attempt by GOP election officials to ensure that Democrats "vote under terms set by Republicans."