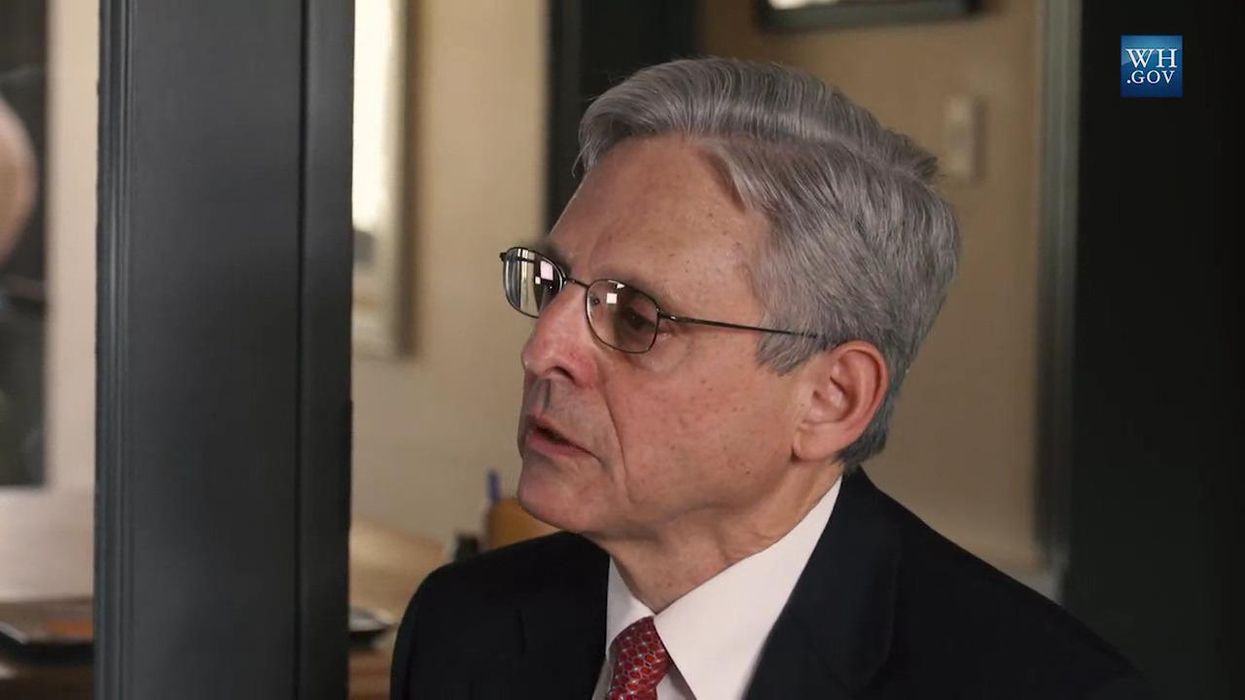 In 2018, when Donald Trump was president, the U.S. Board of Immigration Appeals ruled that people who had been held as slave laborers by extremist groups should be denied asylum in the United States under a federal law that excludes anyone who provided "material support for terrorism." Ilya Somin, a law professor at George Mason University, is vehemently opposed to that 2018 ruling — which he slams as "ridiculous and deeply unjust" in an op-ed for USA Today and a subsequent article for the libertarian Reason. And Somin is urging U.S. Attorney General Merrick Garland to reverse that order.

Somin argues, "In June, Attorney General Merrick Garland reversed three Trump administration rulings that severely limited asylum rights for refugees fleeing domestic abuse and gang violence. Garland was right to take this step…. But the Biden administration should also reverse another Trump-era asylum ruling that is even more egregious: a decision absurdly holding that civilians used as slave laborers by terrorist groups are ineligible for asylum because their forced labor qualifies as 'material support for terrorism' under federal law restricting asylum claims. America's asylum system should provide refuge to victims of slavery imposed by terrorists. Instead, it now perversely holds their oppression against them."

The 2018 Board of Immigration ruling, according to Somin, is blaming the victim.

"The Justice Department's Board of Immigration Appeals rejected a Salvadoran woman's application for asylum on precisely that basis," Somin writes. "This terrible menace to national security 'was kidnapped by guerrillas in El Salvador in 1990 and was coerced into undergoing weapons training and performing forced labor in the form of cooking, cleaning, and washing their clothes.' Previously, the left-wing guerrillas 'forced (her) to witness her husband, a sergeant in the Salvadoran Army, dig his own grave before being killed."

Somin goes on to explain why there is an "even more basic flaw in" the U.S. Board of Immigration Appeals' 2018 ruling.

"A slave laborer forced to work for terrorists is not a threat to American security, nor can she (be) said to be a true supporter of the terrorist organization," Somin explains. "Read in context, the word 'support' should be interpreted as something akin to 'willingly aid'…. If nothing else, equating slave labor with material support for terrorism is precluded by the longstanding canon against absurdity in legal interpretation, a rule that even most strictly textualist judges, such as the late Justice Antonin Scalia, adhere to."

Though he would prefer Congress to fix and clarify the law, he argues that Garland has the authority to change its interpretation now — and he should use it.

"All he need do is use his 'certification' power, which empowers the Attorney General to review and reverse BIA decisions," he explained. "Ideally, Congress should make clear that escaped slave laborers are eligible for asylum, not leave the matter up to executive discretion. But unless and until Congress changes the system, the certification power exists, and there is plenty of precedent for using it."