Abbott and DeSantis playing 'game of chicken' in balance between killing their constituents and owning the libs: columnist 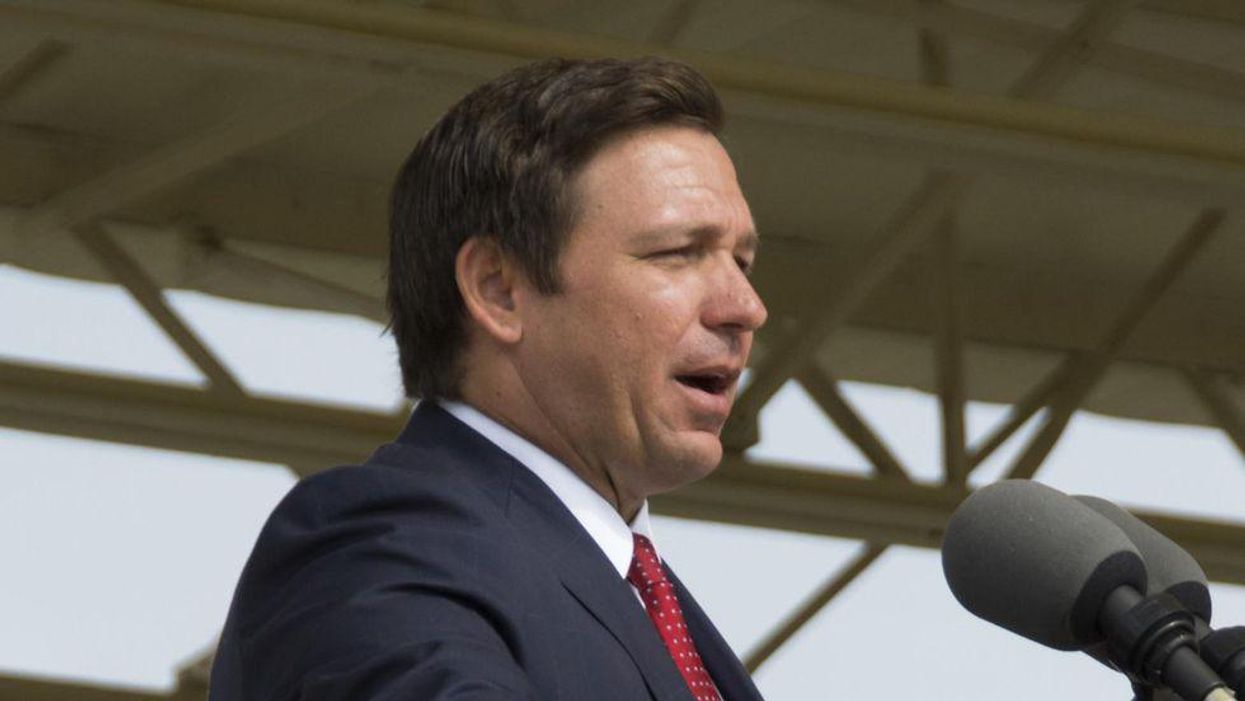 Republican Govs. Greg Abbott of Texas and Ron DeSantis of Florida appear to be engaged in a high-stakes political "game of chicken," as they effectively balance the cost of killing their constituents against the benefits of "owning the libs," according to Daily Beast columnist Molly Jong-Fast.

"In order to get the base excited, they have to rail against certain things, many of them public health-related (vaccine passports, masks, lockdowns, social distancing)," Jong-Fast writes. "But railing against public health means endangering the health of their base. ... With COVID numbers way up, DeSantis' numbers are down as he looks toward re-election and then, he hopes, a 2024 presidential run. It's a game of chicken: Can he troll the libs without killing so many of his constituents that they turn on him?"

Noting that right-wing GOP politicians have radicalized their base against vaccines and masks as "Democratic overreach," Jong-Fast says the strategy appeared to have worked during the first part of the COVID-19 pandemic. But then the Delta variant arrived.

COVID cases are up 125 percent in Texas and 162 percent in Florida over the last two weeks. Abbott has asked hospitals in Texas to cancel elective surgeries, and one expert said the situation is so dire in Florida that if it were a foreign country, the U.S. would have to consider banning travel from the Sunshine State.

Nevertheless, DeSantis and Abbott are both attempting to stop local school districts from implementing mask mandates — prompting lawsuits. DeSantis has been especially "pro-COVID," Jong-Fast writes, suing cruise lines over vaccine requirements and threatening to cut the salaries of school superintendents who mandate masks.

"It took at a lot of stupid to get Florida and Texas to this dark place, which is why the MAGA propagandists are trying to suggest, without much evidence, that this is about an unvaccinated wave at the border—when it appears to be about unvaccinated Americans, in a country with enough vaccine doses to go around, harming their own health and spreading the virus and helping it continue to mutate in the process," Jong-Fast writes. "What DeSantis and the other governors are doing is deadly wrong, but that doesn't mean that it's necessarily a bad political bet given the sick state of the base, in pretty much every sense."