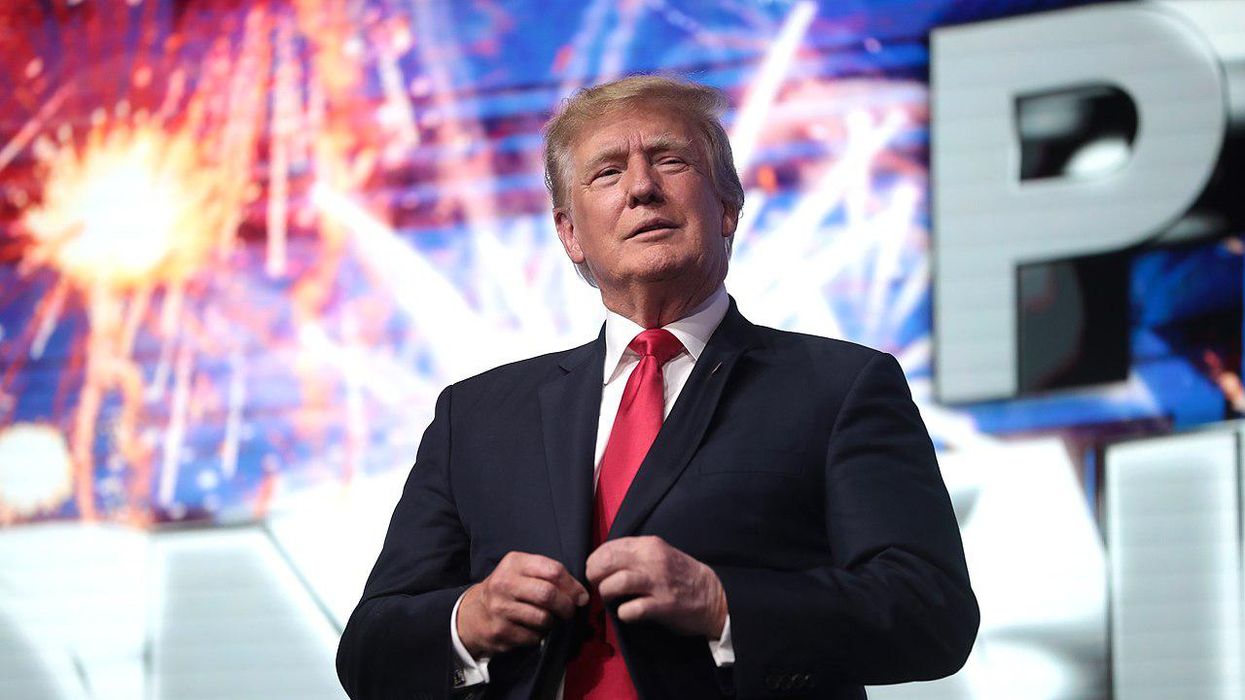 Seven months after his departure from the White House, former President Donald Trump continues to claim that "executive privilege" protects him from investigations conducted by his political opponents — including those who are part of House Speaker Nancy Pelosi's select committee on the January 6 insurrection. Pelosi's committee, on August 26, demanded documents from federal agencies as part of its probe, and Trump has responded that those documents are shielded from the committee because of executive privilege. A lawsuit is possible, but attorney/author Teri Kanefield — in an article published by Just Security on August 30 — argues that a lawsuit "could backfire" if Trump files one.

"While the law surrounding executive privilege is unclear and hotly contested, it's generally accepted that the privilege is held by the sitting president — and the Biden Administration has already said it will not assert executive privilege when it comes to at least a subset of matters under the committee's purview," Kanefield explains. "It's unlikely, therefore, that such a lawsuit would survive a motion to dismiss — particularly because courts may also simply avoid inserting themselves into executive privilege disputes."

"Even if a court entertained the idea that a former president can invoke executive privilege…. it would most likely reject the claim under one of the exceptions that have already been carved by courts," Kanefield notes. "Following the ruling in Nixon v. Sirica, a case concerning the extent of executive privilege in the context of grand jury proceedings, a court could reject Trump's claim on the grounds that the committee has made a 'compelling showing of need.' In another of the Nixon cases, Senate Select Committee v. Nixon, the court found that the needs of the Senate Select Committee did not outweigh the executive branch confidentiality needs because the House Judiciary Committee, which had begun impeachment proceedings, already had access to the tapes."

According to Kanefield, "A court weighing a possible claim from Trump of executive privilege can also follow the explanation offered by the Supreme Court in Nixon v. Fitzgerald and find that the communication sought by the select committee is not privileged because it was not 'in performance of [a President's] responsibilities…. of his office' and made 'in the process of shaping policies and decisions.'"

Kanefield points out that Trump "isn't afraid to file lawsuits that are destined to lose if he thinks such a lawsuit will buy him time." But claiming executive privilege with Pelosi's January 6 committee, the attorney/author argues, can only harm the former president from a legal standpoint.

"At the very least, the evidence already available strongly indicates that Trump intended the rallygoers to disrupt the counting of the electoral votes (on January 6) by means of disorderly conduct," Kanefield writes. "Thus, should Trump bring a lawsuit seeking to 'protect' executive privilege, the lawsuit could quite easily backfire."