'A game changer': The disturbing new reality of Delta can't be dismissed 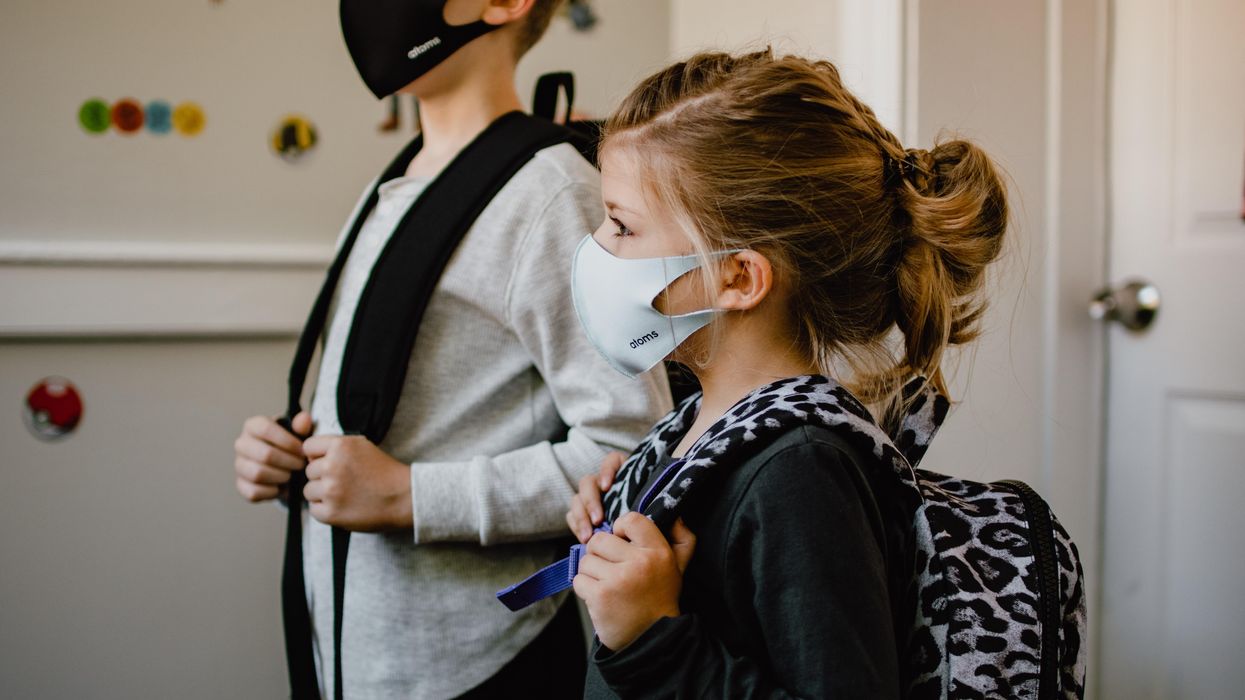 I don't know who needs to hear this, but kids can get the covid. Matter of fact, the new delta variant that's going around is making more kids sick in more ways than previously thought. Louisiana is leading the country in new infections. A doctor there told MSNBC last night that kids are about a fifth of patients. That's the reality, he said, for most hospitals around the country. Compare that with around 6 percent last year. Ages range from infants to teens. According to this doctor, the new variant, which itself now has a "variant plus," is "a game changer."

The cost of these staggering, howling lies is evident and growing more so by the minute. The start of the school year is fast approaching yet according to Bloomberg's Riley Ray Griffin, only about 43 percent of the population between the ages of 12 and 17 has been inoculated. They, however, account for only about 7.5 percent of the total population. Kids under 12 are around 15 percent of the country or so. Yet lawmakers in states like Florida and Texas are outlawing local mask mandates by schools and businesses.

These staggering, howling lies are killing us. Authorities know this. So do the sick and dying. "People dying of Covid-19 or their survivors are publicly begging their friends and neighbors to get the vaccine," wrote historian Heather Cox Richardson last night. "In addition to videos and Facebook posts, a six-minute television segment on 'CBS This Morning' featured Republican Representative Julia Letlow of Louisiana, who lost her husband to the disease in December. She is using her story to try to change people's minds about refusing the vaccine." Professor Richardson added:

Implied in these calls to ignore the disinformation out there about the vaccine is criticism of those Republican leaders who have pushed that disinformation.

This is what I want you to pay attention to. I want you to pay attention to the difference between facing the truth and facing the lies. It's one thing to say, "The covid can kill you! Get vaccinated now! It's safe! It works! Nearly everyone who's gotten one isn't getting sick or dying!" It's quite another to say, "Knock off that bullshit and if you don't, we're going to do what's good for you whether you like it or not." Yes, "implied in these calls to ignore the disinformation" is a gentle remonstrance of those who are spreading disinformation. But the time is coming when "implied" needs to move out of the shadows and be painfully direct.

The ramifications that dwell in the difference between facing the truth and facing the lies go far behind public health, mass death and the need to end this goddamn pandemic. What I'm talking about is loosening the authoritarian grip on our politics and our democracy, perhaps even neutralizing it. While the rest of us focus on the truth—vaccines are safe! Vaccines work!—the authoritarians among us don't care. They lie and lie and lie, because lying is easy and feels real good. We could spend our time speaking truthfully to people who, as a consequence, grow increasingly hostile toward our truth-telling. Or we could say, "Stop lying!"

The lies authoritarians tell themselves are long-lasting in part because authoritarians believe they represent America's "true majority." Madison Cawthorn, who is an actual fascist, said as much on the House floor this week when referring to a new rule requiring face masks. "What makes this nation special is that here in this free land, the people are the royalty," the North Carolina congressman said. "So arrest us if you will, but I will not cower and I will not bend. You have come to take away our liberties, but Madam Speaker, in this country you are outnumbered."

The belief that the authoritarians among us represent America's true majority is another one of the lies authoritarians tell themselves. For this reason, not just anyone can tell them to stop lying. It has to come from the president, in this case Joe Biden, who really did win a majority of votes and is therefore, more than anyone else, a tribune of the people. The president came very close to doing that when he singled out GOP governors for prolonging the pandemic with constitutionally indefensible statutes banning mask mandates by schools, businesses and civil society. "If you're not going to help, get out of the way."

That's not telling them to stop lying, but it was close enough to shatter the lie that authoritarians tell themselves when they tell themselves they represent America's "true majority." As a consequence of shattering that lie, the authoritarians lie again. This is what Florida Governor Ron DeSantis did. During a presser, he appeared downright wounded for having been called out. So he accused Biden of "importing more of the virus from around the world by having a wide open southern border." That's actually two lies balled into one. That's what these people do.