Very few Americans oppose a vaccine mandate – including many who are not vaccinated: report 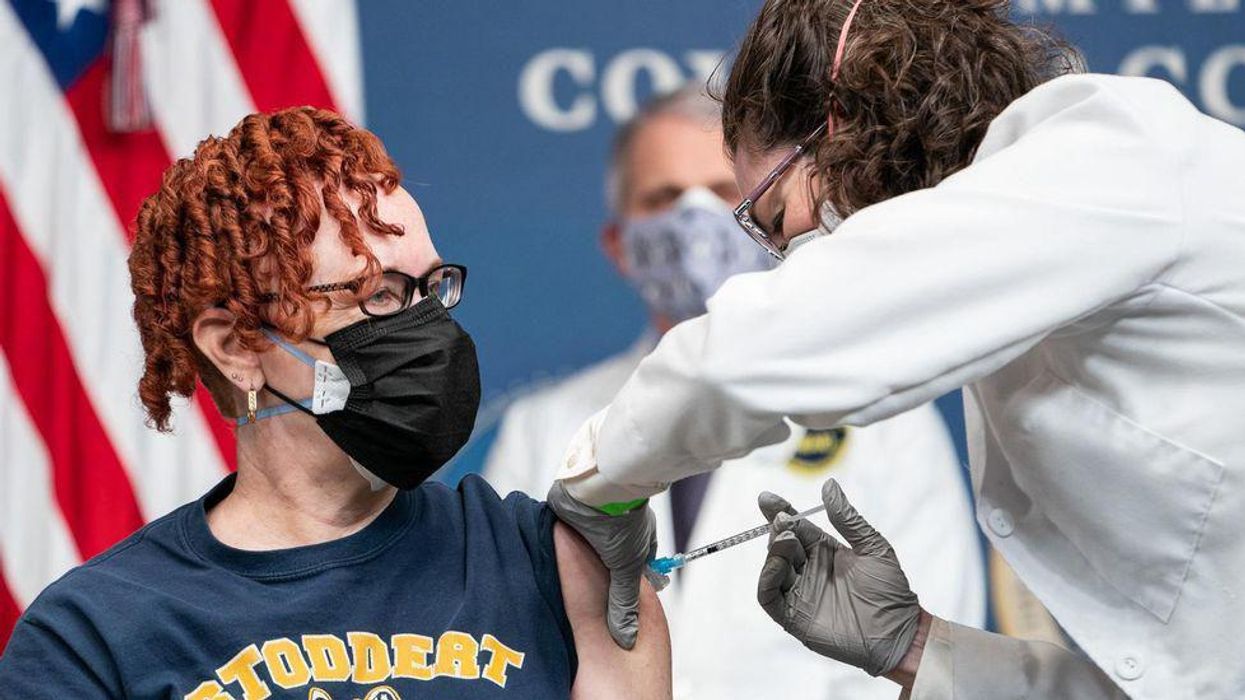 Victoria Legerwood-Rivera, an Attendance Counselor at Stoddert Elementary School in Washington, D.C., receives a COVID-19 vaccine during an event with President Joe Biden, celebrating the 50 millionth COVID-19 vaccination Thursday, Feb. 25, 2021, in the South Court Auditorium in the Eisenhower Executive Office Building at the White House. (Official White House Photo by Adam Schultz)
Some young adults  are getting vaccinated behind their parents backs. Here are two of them
David Badash
and
The New Civil Rights Movement
August 07, 2021

Very few Americans oppose vaccine mandates, or, perhaps more specifically, the vast majority of Americans support vaccine mandates, according to a study that also finds a surprisingly strong number – almost three in 10 – of the unvaccinated support them.

President Joe Biden has already mandated all federal workers be vaccinated against the coronavirus or submit to weekly testing. The U.S. Military is also instituting that policy, which means millions of Americans will be subjected to a vaccinate mandate, even if there is an "opt-out" option.

Daily more and more companies are announcing vaccine mandates, and some, like CNN recently, are firing employees who refuse.

Need more proof of the popularity of a coronavirus vaccine mandate?

"According to a late July Morning Consult poll," FiveThirtyEight adds, "56 percent of adults said employers should probably or definitely require COVID-19 vaccinations for their employees and customers; only 32 percent said they probably or definitely should not. That confidence extends to schools, too. Last month, Gallup found that 60 percent of Americans supported mandatory vaccines for high school students and 56 percent supported them for middle school students — although among K-12 parents, those numbers were notably lower (47 percent and 43 percent, respectively)."

Meanwhile, states that have the highest number of coronavirus cases increases, hospitalization cases increases, and among the lowest vaccine rates – Texas and Florida – have governors who not only refuse to implement any mandates, they are actively undermining the public's health by banning local governments and agencies like school boards from implementing any mandates – including vaccine mandates and mask mandates.

(And Florida's Governor Ron DeSantis is fundraising off his opposition.)

How bad is Texas right now?

In Texas, an 11-month-old with COVID had to be sent to a hospital 150 miles away due to lack of bed space in Houston's pediatric hospitals.
"We looked at all five major pediatric hospital groups and none [had beds] available."https://t.co/92XXj0tfHs — Kyle Griffin (@kylegriffin1) August 6, 2021