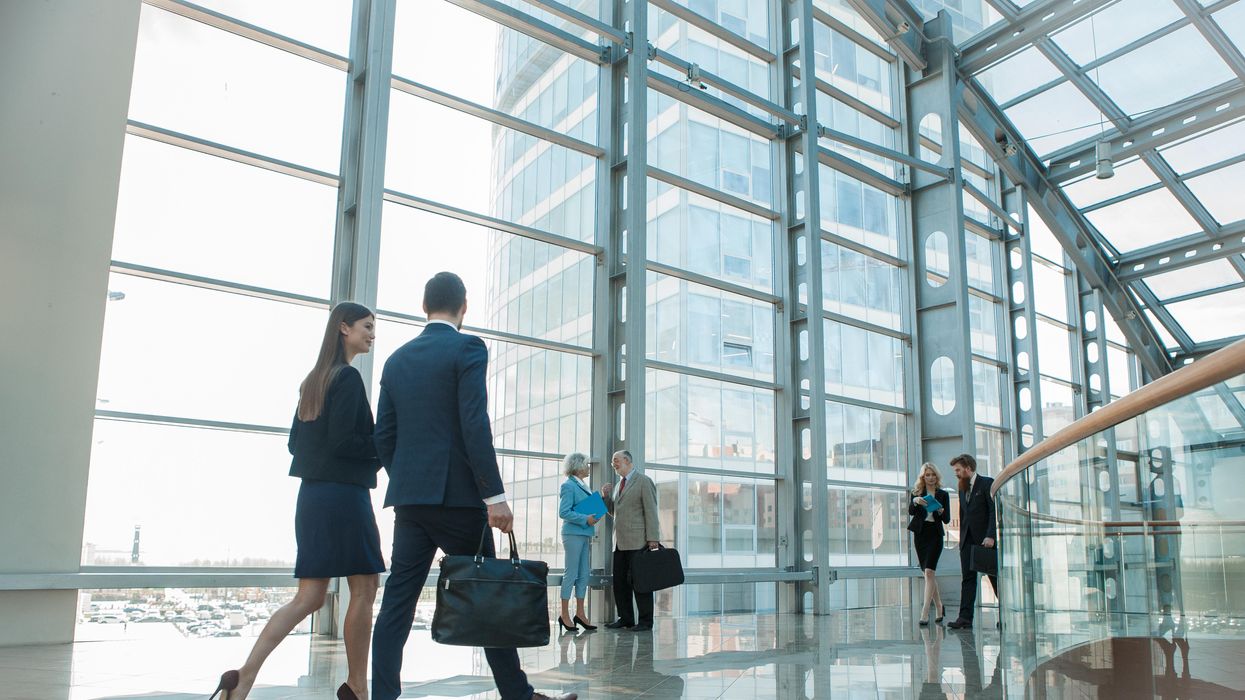 An analysis published Wednesday about corporate consolidation and political lobbying in the United States found that large mergers—particularly in Big Tech, the pharmaceutical industry, and the oil and gas sector—has increased corporate control of American democracy.

The new research paper from the American Economic Liberties—entitled Project Democracy for Sale: Examining the Effects of Concentration on Lobbying in the United States (pdf)—was authored by Reed Showalter, an attorney and a fellow at the anti-monopoly group.

"Concentrated markets are bad for consumers, bad for workers, and bad for innovation. But this research suggests that the concentration crisis in America is even more than a purely economic problem—it's also a democracy problem," Showalter said in a statement.

"We urgently need to understand and contain the power that monopolies have over the rest of us," he asserted. "Lawmakers, enforcers, and leaders cannot afford to ignore the widespread harms from concentration any longer."

The report emphasizes that "the bigger companies get, the more powerful they become. A large majority of Americans distrust concentrated economic power, and criticism of the world's largest companies is a regular part of discourse within America's political parties and around the world. Research has borne out the power of money in politics."

"Corporate lobbying works," the paper continues. "A number of studies show that the amount spent on lobbying positively impacts a firm's equity returns and market share. Firms that engage in lobbying also appear to have lower effective tax rates than those that do not."

Given those conditions, Showalter examined the U.S. internet, pharmaceutical, and fossil fuel sectors. The paper notes that the first case study "primarily includes digital platform companies like Google, Facebook, Amazon, and Netflix" and "does not extend, for example, to internet providers and other internet infrastructure companies."

The researcher found "a noteworthy relationship" between consolidation and political activity. Though the data is a bit limited—which the paper acknowledges, urging some degree of caution—it shows that "in all three industries, concentration appears to predict elevated lobbying spending."

In the oil and gas industry as well as among internet companies, the more market power a corporation acquires, the more it lobbies. In the pharmaceutical industry, the data is even more compelling. When pharmaceutical companies gained market power, they lobbied more, and when they lost market power, they lobbied less. One tentative conclusion from this analysis is that monopolies seek to acquire political power, whereas competitive businesses focus on competing with each other instead of dominating public rule-making bodies.

"In short, the results of this report suggest that not only is big business good at lobbying, but that bigger business leads to more lobbying," the paper says. "That means monopoly is a threat to representative democracy—and that protecting our democracy requires effective antitrust."

.@matthewstoller is correct to focus on the anti-democratic impact of industry concentration. Antitrust is not just… https://t.co/trDd8CcPGh
— Ro Khanna (@Ro Khanna) 1629901790.0

The report also addresses the political implications of Showalter's findings—specifically, the suggestion that the negative impacts of industry concentration "cannot be understood merely through the consumer welfare lens" and using that standard to govern antitrust "allows practitioners in the field to ignore non-price effects" of companies consolidating.

The new research "casts doubt on pure regulatory solutions that do not reduce concentration, since more lobbying can mitigate regulatory action or even turn regulatory choices into mechanisms to protect entrenched incumbents," the paper says. "If concentration begets political influence, then even a hypothetically economically efficient monopoly offering low consumer prices can still be an undemocratic usurper of political power."

In other words, according to the report, "stronger antitrust premised on reducing corporate concentration should be understood not just as a mechanism to address market power problems, but as an anti-corruption measure in itself."

"The antitrust laws were a response to rising economic concentration, and the laws' framers recognized that concentrated economic power can poison our democracy," he writes. "This article is a starting point but hopefully also a reminder that antitrust is equipped and designed to grapple with the political ramifications of economic concentration. Those crafting and enforcing the doctrine should feel empowered to step into the shoes they were meant to fill."

Showalter's report begins with an interesting acknowledgment, thanking Tim Wu, a former Columbia law professor who is now a technology and competition policy adviser at the White House. What's more, Showalter works at the law firm founded by Jonathan Kanter, whom President Biden recently nominated to lead the Justice Department's antitrust division. Showalter said that Kanter did not discuss the report with him and that his work as a fellow was separate from his day job. But he acknowledged more generally that the expansive approach to antitrust that his report advocated appeared to be ascendant in the halls of power.

The report comes as Congress is considering a package of antitrust bills advanced by the House Judiciary Committee in late June. Demand Progress executive director David Segal pointed out at the time that "many members are reciting Big Tech's talking points and pushing their amendments. This is why it is necessary that Congress act to break these companies up and diminish their power of speech, the economy, and our government."

"No matter what does or doesn't emerge from Congress in the coming weeks or months, it is vital that the Biden administration use existing tools to rein in the power of these monopolies," he added, calling Lina Khan, the president's pick to chair the Federal Trade Commission, "a tremendous step in this direction" and urging more similar actions that prioritize the public interest.