'Tinkering around the edges of the climate crisis': Central banks accused of 'dawdling' as world burns 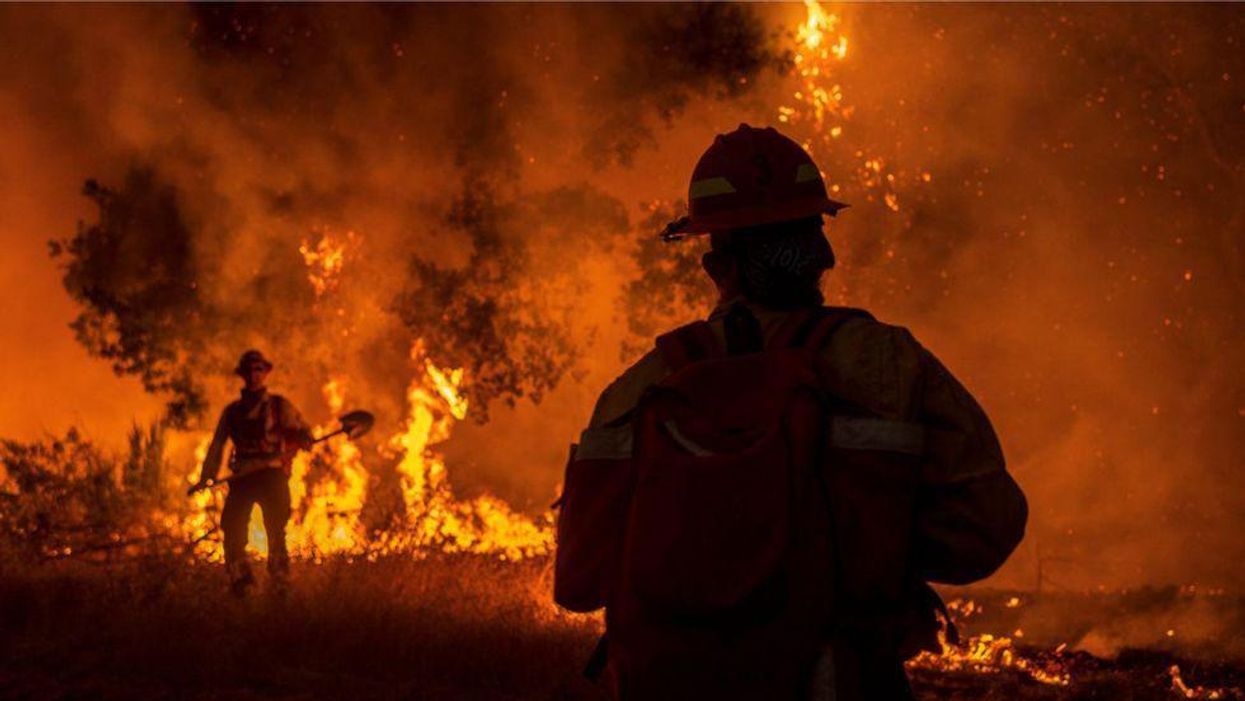 Despite needing to "play a critical role in catalyzing the rapid shift of financial flows away from oil, fossil gas, and coal," 12 major central banks "have instead tinkered at the edges," according to a report released Tuesday.

The report says that "with a few isolated exceptions—such as decisions by the French and Swiss central banks to partially exclude coal from their asset portfolios—central bank activity on carbon pollution and the climate crisis has been limited primarily to measures to increase financial market transparency."

"While some central bank executives claim that tackling the climate crisis is beyond their mandates," the report continues, "at the same time they have positively reinforced fossil fuel financing, and even directly financed fossil fuel production."

"The science is clear," the report emphasizes, noting that even the International Energy Agency now acknowledges that limiting global heating to 1.5°C this century—the more ambitious temperature target of the Paris climate agreement—requires keeping fossil fuels in the ground.

The analysis centers on 10 criteria for assessing how central banks' actions align with the Paris agreement's objective, examining asset management practices, rules and support for commercial banks, and policy and research.

David Tong, Global Industry campaign manager at OCI and an author of the report, said in a statement Tuesday that "central banks have access to powerful tools to confront the climate crisis, but they aren't using them."

"Instead of using their power to cut off finance for fossil fuels, they are making themselves busy tinkering around the edges of the climate crisis," he said. "The climate crisis is too dire and too urgent for such critical institutions to be dawdling when they could be leading the finance sector in a new, climate-safe direction."

Each of the 12 central banks has its own section in the report—which comes as President Joe Biden is under pressure to appoint "a real climate leader" to head the U.S. Federal Reserve, currently led by Jerome Powell, whose term expires in February.

"In 2020, Federal Reserve (the Fed) executives began to refer to climate risk in speeches," says the section on the U.S. central bank. "Simultaneously, however, the Fed worked to maintain and even increase fossil fuel finance from the United States, the world's number-one provider of fossil fuel finance."

The report highlights that "the Fed's asset purchase programs launched in response to the coronavirus pandemic, were strongly weighted toward 'dirty' industries in general, and to fossil fuel producers in particular." It also points out that the bank "has used neither monetary instruments nor prudential regulation to constrain fossil fuel financing," and "there is no regulatory framework for, or legal definition of, sustainable finance in the U.S."

The eight largest U.S. banks provided $1.243 trillion in fossil fuel from 2016 to 2020, which the report notes is "more than twice as much as China's 13 largest banks, the second-largest group of fossil fuel financiers," underscoring the potential impact of imposing new restrictions.

"This report is yet another reminder that central banks are the referees of our economy," declared Tracey Lewis of the group 350.org, which launched a campaign targeting the Fed last month. "When banks do bad—like financing fossil fuel companies hell-bent on planetary destruction—the ref is supposed to blow the whistle."

Lewis pointed to the upcoming United Nations climate conference, which will partly focus on fossil fuel finance, adding that "ahead of COP 26 in November, the Federal Reserve must use their legal authority to manage climate risk and steer us off fossil fuels fast."

The report also comes just ahead of the Fed's Jackson Hole Economic Symposium, which will be held virtually this week due to the pandemic. The theme of this year's annual conference is "Macroeconomic Policy in an Uneven Economy," which Yahoo! Finance noted "could ignite a debate on the Federal Reserve's policies as they relate to racial inequality and climate change."

The advocacy groups behind the new report are urging all central banks to implement urgent changes to address the climate emergency. They call for not only adapting asset management and regulatory practices to align with global temperature goals but also undertaking research of climate-related risks and requiring similar action from commercial banks.

The organizations also encourage governments to "amend the mandates of central banks where necessary to give them the power to support the managed decline of fossil fuel production by facilitating an end to fossil fuel finance, in line with the Paris agreement."

"If these central banks won't act, the governments they report to must step in," he asserted. "They need to make it clear that central banks can be leaders in ending dangerous fossil fuel finance, rather than laggards propping up an industry driving our climate chaos."

Danisha Kazi, a senior economist at the U.K. organization Positive Money, which endorsed the report, warned that "while central banks continue to shy away from their duty to the public, the most vulnerable, particularly communities in the Global South, will continue to bear the ever-intensifying brunt of their inaction."