There's only one real way to fight catastrophic climate change 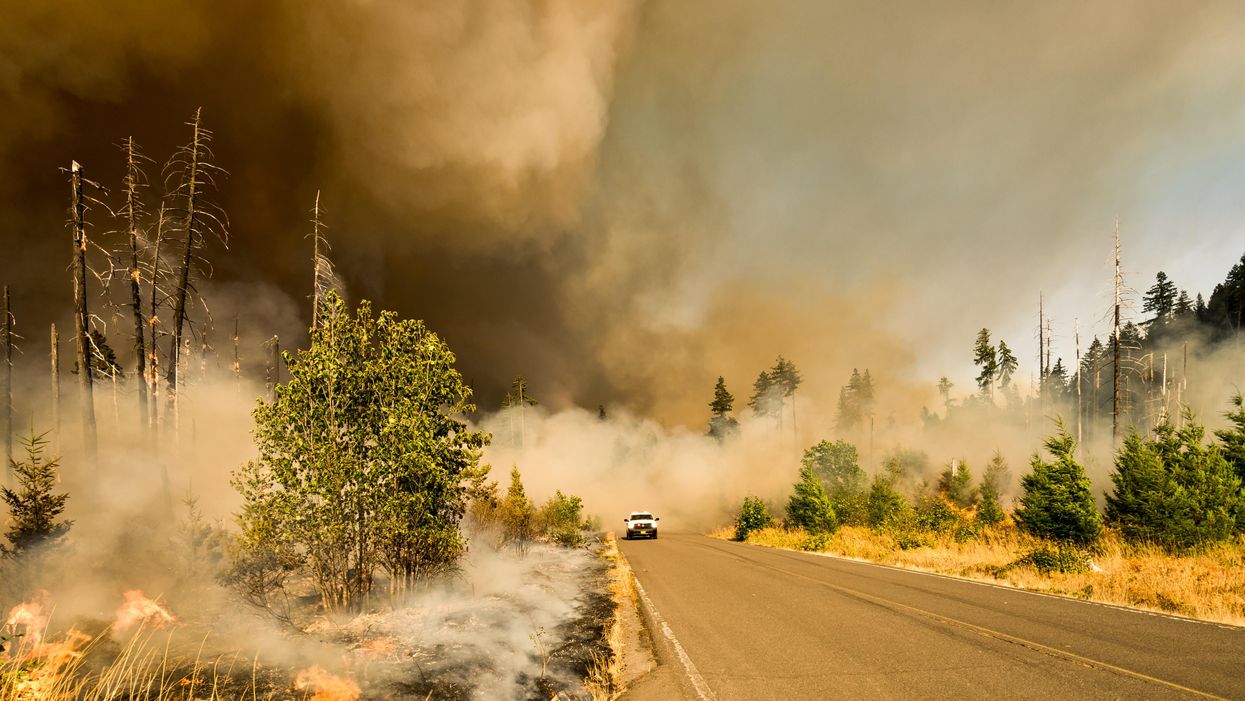 The United Nations recently released a pretty terrifying climate report that not only states unequivocally that climate change is real and caused by people, but there's nothing we can do to stop the warming of the world for the next few decades. Literally, no matter what we do, we are locked into the warming effects of climate change until at least 2050. It's hard to say the report has any good news, but it certainly isn't hopeless. It tells us that with a rapid and aggressive response we could turn this around so that it doesn't get worse after 2050 or maybe even gets a little bit better if we can reach "net zero" emissions.

The problem is for the last few decades there has been little serious movement at a governmental or corporate level to address global climate change. Without much agency, we seem to cling to the myth of individual culpability with regards to how our personal choices can impact climate change. Don't get me wrong. I truly believe our individual choices are important and there are many things we can do in our day-to-day lives that have important large-scale effects. But climate change is just in an entirely different category. We can recycle, eat local and avoid single-use plastic to our heart's content but without large-scale change we will never control climate change.

One big problem with focusing on individual culpability with regard to climate change is that knowing the best choice can be very difficult. For example, some choose to adopt a vegan diet to avoid the harm done to the environment by factory farming and contribution to greenhouse gas emissions. But vegan diets often rely on foodstuffs that must be imported from long distances, especially if one is eating the same food year round. There are also crops, like almonds and mushrooms, that have a high environmental impact when processed for vegan substitutes. Dr. Sarah Taber, a crop scientist, also wrote a twitter thread explaining that many historically cultural low meat diets have been from places with a lot of natural irrigation. Her thread also draws attention to another sustainability issue with veganism that most parts of plants aren't edible and so if they're being grown just for food a lot is discarded. Her thread also brings up colonialist issues with veganism that looks at sustainability issues through a Eurocentric assumption about land and water issues. And this conversation isn't even getting into the labor and cultural issues that can arise from a crop like quinoa suddenly being a staple of non-local diets. Individuals simply can't be expected to have all the information about which hybrid car uses the right materials or which crop uses the least water.

Even if we had the information to make the right decisions, the world isn't currently set up to support us doing so. Car pollution is a huge contributor to climate change but there isn't much we can do on an individual level. If one lives outside a populated city, there are virtually no public transportation options. We desperately need a serious investment in public transportation throughout the country. (See my colleague Brandon Bradford's recent piece for the Editorial Board.)

Additionally, public transportation needs to be environmentally conscious. While it's obviously better to take a bus then drive yourself, we don't have the power to choose to take an electric bus vs a traditional one. We have to get on whatever bus stops at the bus stop. Even though remote working options were used whenever possible last year, reducing the carbon emissions from constant daily travel, companies are already pushing people to go back to work even when job performance didn't suffer. We can also choose to reduce our individual electricity consumption or install solar panels, but as individuals we have no control over our community's power grid or the energy company's disinterest in adopting renewable energy solutions. We can also try to be conscious of which companies we support in order to encourage corporate responsibility and effort, but with almost every company making a commitment to environmentally friendly practices and providing little transparency, it's almost impossible to use the free market to apply pressure.

We need to ensure that our actions on climate change don't harm marginalized communities, which usually requires policy experts to actually put in some research. The straw ban is a quintessential example of this. There was public pressure to enact bans on plastic straws, which are bad for the environment, all single use plastic is, and were having a particular harm on sea turtles. Unfortunately, these bans were made based on public pressure and didn't consider the harm that would be done to disabled people who need plastic straws for a variety of disorders. There currently is no other straw type available, (paper, metal, etc), that doesn't cause a significant problem for some disabilities. While the straw ban got a lot of attention, this is a serious issue for attempts to ban single-use plastic. Does that mean we just accept that single-use plastic must be used at its current levels? Of course not. But we should absolutely do things like pass regulations requiring corporate packaging to change and developing more sustainable plastic substitutes without taking an action that will harm disabled people. (No one needs that awful clamshell packaging which also is ableist nonsense as well as horrible for the environment)

The United States actually has a history of passing important legislation to protect the environment. When the Environmental Protection Agency was created in 1970 it had broad bipartisan support. With the additional passage of the Clean Water and Clean Air Acts, Richard Nixon bizarrely was one of our most environmentally friendly presidents. In the decades that followed, we saw a 75 percent drop in lead levels in people's blood, nearly half of the nation's superfund sites have been fully addressed, and with the help of the Montreal Protocol, actually mended the hole in the ozone layer.

Public pressure forced Nixon's hand to pass environmental legislation and we can do it again. Individual actions can't solve climate change but we can use our individual actions to force the hands of our elected leaders. In the bipartisan infrastructure bill, the Senate included money to protect vulnerable communities against the damage of climate change and repair coastal habitats. The bill includes money for public transportation and for replacing diesel-powered buses with electric ones. This is far from enough and we must keep the pressure on to respond to the crisis with aggressive policies from an environmental justice perspective to insure the most vulnerable communities are taken into account when considering solutions.

If you need help knowing what to advocate for, you can visit Project Down's list of solutions that many people are already working on.