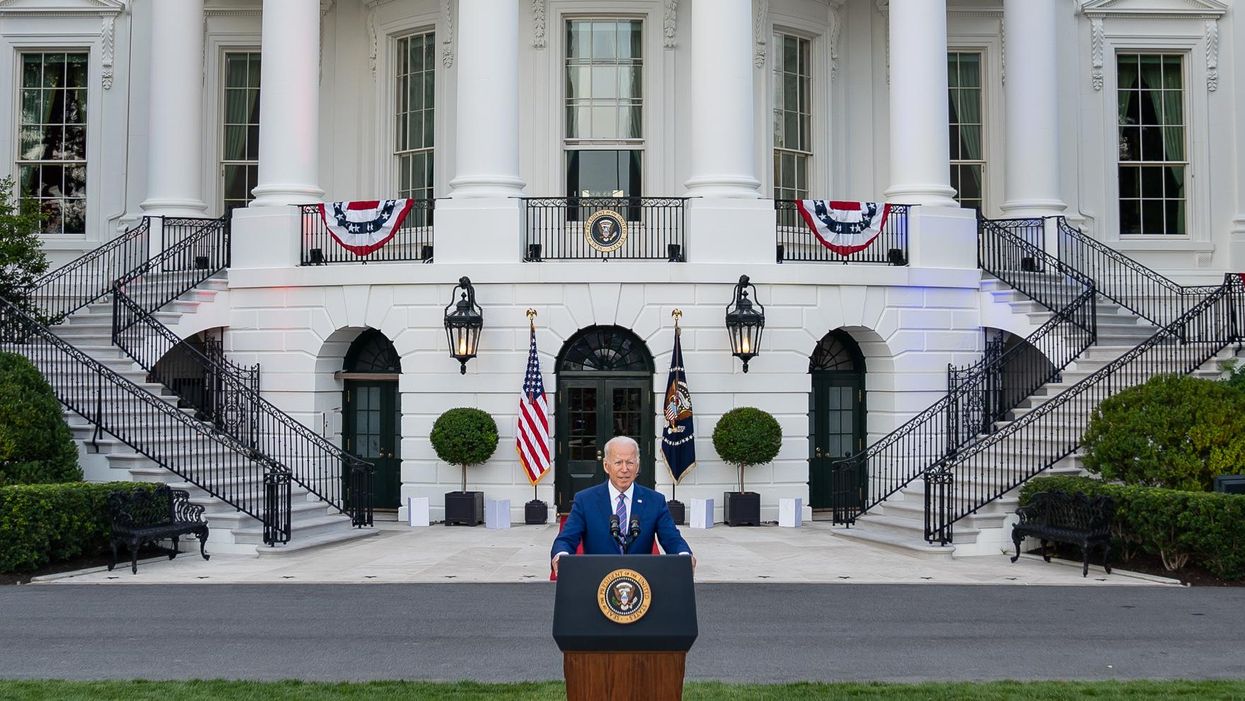 Some experts on U.S. election law have been warning that the most dangerous part of Republican voter suppression bills isn't the ways in which they make voting more difficult — it is the ways in which they seek to change the administration of elections. Liberal Washington Post columnist Greg Sargent and legal scholar Neil H. Buchanan sound the alarm in articles published this week, and both of them offer some possible remedies.

Sargent explains, "There is a critical way Congress can minimize the possibility of another January 6: by addressing glaring legal vulnerabilities in the presidential electoral process that encouraged Donald Trump's movement to try to overturn his loss, creating the conditions for the worst outbreak of U.S. political violence in recent times. We're talking about revising the Electoral Count Act (ECA) of 1887. That may sound dry and unexciting, but it would shore up hidden weaknesses that made the 2020 breakdown possible."

Following the 2020 election, then-President Donald Trump and his attorneys tried to pressure fellow Republicans into helping him overturn the election results in states that now-President Joe Biden won. It didn't work; for example, Georgia Secretary of State Brad Raffensperger, a conservative Republican, maintained that Biden won Georgia fairly — and in Arizona, Republican Gov. Doug Ducey certified Biden's Electoral College victory in his state. Neither Raffensperger nor Ducey caved into Trump's efforts to bully them. Checks and balances held up in 2020, but Sargent fears that they won't in future elections — which is why he believes the Electoral Count Act of 1887 needs to be strengthened.

"The ECA's language, which sets the process for Congress to count presidential electoral votes, is vague and prone to abuse," Sargent notes. "The ECA sets a 'safe harbor' deadline: If a state certifies its electors six days before the Electoral College meets, Congress must count them, but it can technically throw out a particular electoral vote if it decides it was not 'regularly given.' This phrase is supposed to indicate serious corruption or illegality but isn't defined, leaving it open to bad-faith congressional objections to those electors."

Sargent points out that there are "ways" in which the ECA, if abused, "can result in stolen elections."

According to Sargent, "One is if a state sends one slate of electors — a valid one reflecting the state's popular vote — and both chambers decline to count them, based on a bogus claim that they were not 'regularly given'…. A second stolen-election scenario involves a state sending two competing slates of electors — one valid, and the other based on bogus fraud claims — in defiance of the popular vote. A GOP-controlled Congress could simply count the wrong one…. In a third scenario, a GOP state legislature could send a rogue slate of electors, and a GOP-controlled House might count them."

The National Task Force on Election Crises, Sargent notes, has issued a report outlining ways to strengthen the ECA.

Meanwhile, on the Verdict website, Buchanan warns that "democracy in the United States now hangs by a thread."

The legal scholar argues that the For the People Act and the John Lewis Voting Rights Advancement Act are both "essential for us to have a prayer of reversing course" and descending into authoritarianism. But Buchanan notes that those bills — both of which have been passed in the U.S. House of Representatives but are facing steep uphill climbs in the U.S. Senate — aren't getting support from even anti-Trump Republicans in Congress.

"The passage of time alone has made it possible that even passing those bills tomorrow could be too late, because so much has already happened to move us in the wrong direction," Buchanan writes. "Moreover, there is every reason to worry that the Supreme Court's ever-more-conservative current majority will gleefully undo anything that Congress might do at this late date."

Although Buchanan offers some remedies for possibly saving the U.S. from becoming a "one-party autocratic state" — passing the For the People Act and the Lewis Act, electing as many Democrats as possible in 2022 and 2024 — the overall tone of his article is quite pessimistic. And Buchanan fears that the U.S. may have already passed the point of no return.

"No one should be under any illusions about what has already happened," Buchanan laments. "As much as anyone, I would like to be convinced that our constitutional democracy is not in an inescapable death spiral. Those who can find ways to undo the damage need to step up now, if such options exist."