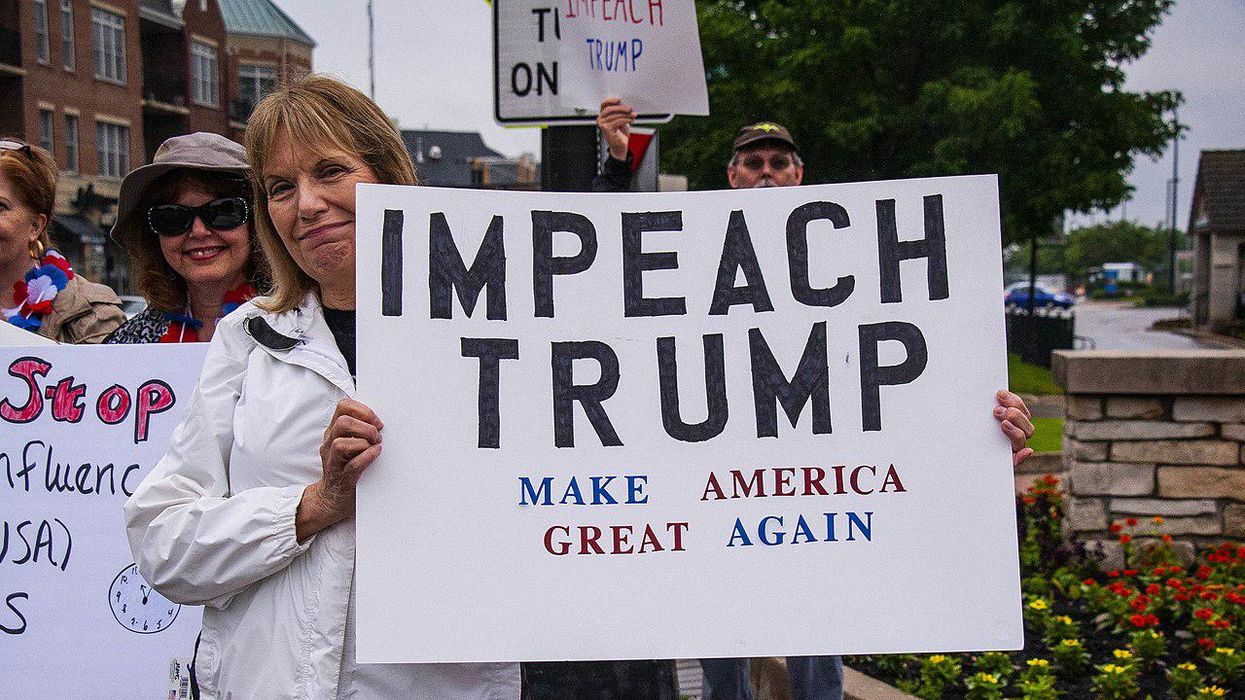 Veteran Democratic strategist James Carville is fond of saying that "elections are about addition, not subtraction" — meaning that politicians are more likely to win if they can appeal to a wider range of voters without alienating their base. Now-President Joe Biden appealed to a broad coalition in 2020, enjoying the support of everyone from self-described "democratic socialists" like Sen. Bernie Sanders of Vermont and Rep. Alexandria Ocasio-Cortez of New York to City to right-wing conservatives who included former Sen. Jeff Flake, Cindy McCain, Carly Fiorina and columnist George Will. Former President Donald Trump, by contrast, ran a rally-the-base campaign — and Alan I. Abramowitz, this week in a column for Sabato's Crystal Ball, stresses that Trump alienated swing voters badly in 2020.

Abramowitz points out, however, that the number of swing voters in the U.S. has greatly decreased from what it was in the past.

"It is clear that there are far fewer swing voters today than only 20 or 30 years ago," Abramowitz emphasizes. "However, swing voters have not disappeared, and they can still play a crucial role in elections. In 2016, for example, although there weren't many swing voters, there were about three times as many Obama-Trump voters as Romney-Clinton voters. That was probably enough to swing Michigan, Wisconsin and Pennsylvania to Trump and hand him a victory in the Electoral College."

In 2020, there was no shortage of passion at Trump's MAGA rallies. But the people attending those events were not the Reagan Democrats of the 1980s — crossover voters who supported President Ronald Reagan in both 1980 and 1984 but still voted for a lot of Democrats. Trump's 2020 rallies were designed to fire up his hardcore MAGA base, which Trump was hoping would be enough to get him past the finish line on November 3; it wasn't.

Biden, according to Abramowitz, was the one with the most crossover appeal.

"The most important difference between consistent and swing voters in 2020 was their location on a left-right issues scale," Abramowitz notes. "This scale measures voters' combined preferences on a wide range of policy issues, including cultural issues, social welfare issues, racial justice issues, gun control, immigration and climate change. Preferences on these issues were highly correlated with each other and with liberal-conservative identification, indicating that they were all measuring a single underlying left-right dimension."

According to Abramowitz, Trump "was perceived as far more conservative in 2020 than in 2016."

"In 2016, Trump was viewed as the least conservative Republican presidential candidate since Gerald Ford in 1976," Abramowitz observes. "In 2020, however, he was viewed as the most conservative Republican candidate in the history of this question in the ANES survey going back to 1972. This shift was significant in that it placed Trump farther from the average voter than Joe Biden, while in 2016, Trump was considerably closer to the average voter than Hillary Clinton was."