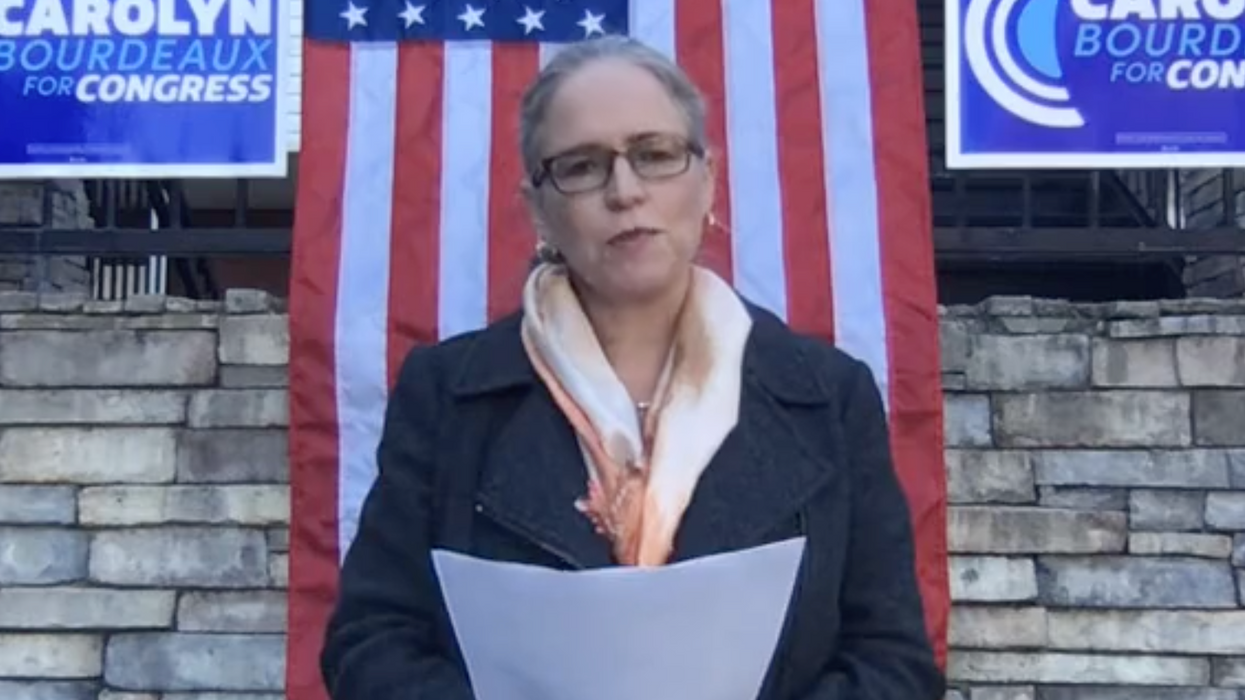 The House of Representatives is taking a few days off from August recess to do some legislative work, convening Monday at 5:00 PM when they will take a procedural vote to advance three measures—the John Lewis Voting Rights Advancement Act, the hard infrastructure bill passed by the Senate, and the budget resolution (also already passed by the Senate) that will kick off the legislative process for President Biden's $3.5 trillion Build Back Better human infrastructure bill.

Whether the House can do this depends on nine Kyrsten Sinema/Joe Manchin wannabes: Josh Gottheimer of New Jersey; Filemon Vela, Henry Cuellar, and Vicente Gonzales of Texas; Ed Case of Hawaii; Kurt Schrader of Oregon; Jim Costa of California' Jared Golden of Maine; and Carolyn Bourdeaux of Georgia. These nine, egged on by those two senators and the corporatist front group "No Labels,"have been threatening to sabotage President Biden's plan. They are trying to take infrastructure hostage by insisting that the bipartisan Senate bill gets a final vote in the House immediately, before the larger and much more consequential budget reconciliation.

They are attempting to sabotage President Joe Biden's signature policy effort of his first terms. They attempt to justify their efforts in an op-ed in The Washington Post with a strawman argument. "You don't hold up a major priority of the country, and millions of jobs, as some form of leverage. The infrastructure bill is not a political football," they wrote in the Post. "Let's take the win for American workers, and the nation, and pass the bipartisan infrastructure bill."

The big majority of the Democratic caucus in the House is not trying to "hold up" the Senate bill. Even if they passed it this week, it would not be operable until October 1. Speaker Nancy Pelosi, pointed that out in a letter to the entire caucus over the weekend. "The House is hard at work to enact both the Build Back Better Plan and the bipartisan infrastructure bill before October 1st, when the BIF would go into effect," she wrote. "Further, the uncertainty of the delta variant insists that we move expeditiously."

"Any delay to passing the budget resolution threatens the timetable for delivering the historic progress and the transformative vision that Democrats share," she added. She also promised that "we will work closely with the Senate to assemble a bill that will pass both chambers, consistent with the 51-vote privilege of reconciliation and respectful of the Byrd Rule," but to do that, "we must first pass the budget resolution."

To further make the point to these nine that they are being assholes, Democratic Congressional Campaign Chair Sean Patrick Maloney, of New York, has been working the phones to remind members that their majority is in jeopardy if they derail Biden's larger priorities. With those calls is the implied threat that DCCC support in their campaigns for reelection might just not be there if they don't start playing nice.

The nine jerks are apparently having this tantrum because the strategy that Biden, Pelosi, and Senate Majority Leader Chuck Schumer landed on to work this two-track process was suggested by Rep. Alexandria Ocasio Cortez, and they don't like her. There's no other rationale for why they've taken this absurd stand. At this point, no one in the Congressional Progressive Caucus is threatening to derail the Senate bill. The votes will be there for it, provided the votes are also there for the budget resolution. That's what everyone agreed to.

All of the excuses the nine have come up with are likewise empty. They say that they have to keep momentum going for the Senate bill to pass. But it already pass that hurdle—they don't have to woo any Republicans to do it now because they already have! Making it even more ridiculous is that the further this very small group of conservative Democrats dig in, the likelier it is they lose entirely. They could blow up both the Senate bill and the budget resolution.

It seems that the whole goal here, by the nine in the House and the two Senate problem children urging them on, is not to see their bill get passed—it's to keep the larger bill from passing and to factionalize the Democratic caucus. If they did nothing, if they happily gave Pelosi their votes on the budget resolution that will lead to the reconciliation bill, the Senate bill would also get a vote, would pass with the CPC people holding their noses after the full budget reconciliation bill passed. Everyone would win. Including Manchin and Sinema who've staked their place in the Senate and with the White House on this infrastructure bill.

Everyone but the Republicans, that is. So why don't Manchin, Sinema, and the nine want that to happen? The same reason Manchin and Sinema are ultimately fighting their own bill—that's what ExxonMobil and all the dark money groups behind them and No Labels want.