Here's the real 'mistake' Biden made in Afghanistan 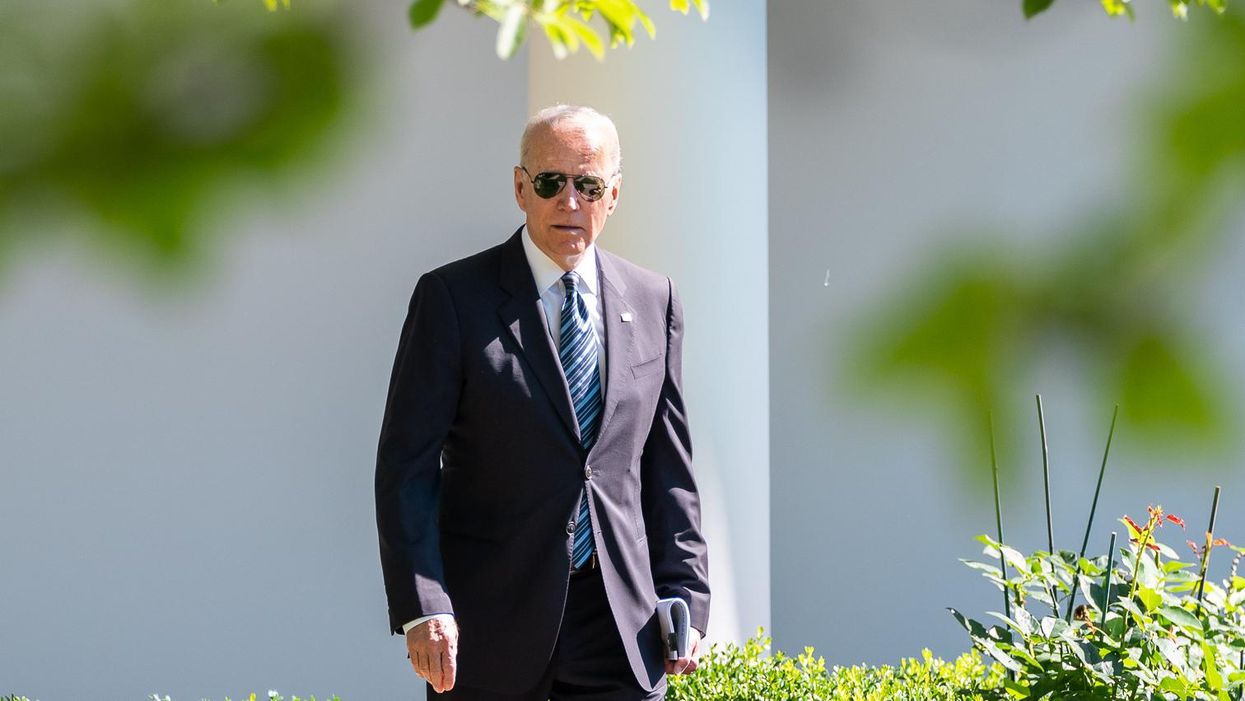 President Joe Biden walks through the Rose Garden of the White House, Wednesday, June 23, 2021, to the Oval Office.

Judd Legum is the editor of Popular Information, a publication focused on accountability in politics and business. He and two others posted a piece today in which they quote an unnamed "veteran communications professional who has been trying to place prominent voices supportive of the withdrawal on television and in print. The source said that it has been next to impossible."

I've been in political media for over two decades, and I have never experienced something like this. Not only can I not get people booked on shows, but I can't get TV bookers who frequently book my guests to give me a call back … In so many ways this feels like Iraq and 2003 all over again. The media has coalesced around a narrative, and any threat to that narrative needs to be shut out.

It may feel like 2003 again but it's not for obvious reasons. I do, however, think Legum's source underscores a point I have tried making this week about the press corps. It's not so much fact-gathering. We understand what happened during the fiasco at the Kabul airport during which desperate Afghans did desperate, deadly things. Instead, it's acting collectively like the spokesman for America's political elite.

Legum and the others go on to suggest that the reason "anti-war voices" are being boxed out of press coverage is because those with the most interest in perpetuating the American occupation of Afghanistan are unhappy that the war in ending and are using the president's "mistake" as proxy for criticizing his decision to end it.

That might be true, but I'm doubtful. I think it's more fundamental. Political elites knew the end was coming. They knew it was coming before Joe Biden was president. I'm confident they could have found some excuse for criticizing his plan to finish what the disgraced former president started. So I don't think ending the war is why "anti-war voices" are being boxed out of coverage of Afghanistan. I think this is more about the legitimacy and credibility of the political elites.

They failed. They failed badly. And they kept on failing badly for 20 years. Critics of the war said we should have gotten out after toppling the Taliban two decades ago. Others, like me, stopped paying attention to Afghanistan after the US assassinated the man responsible for the Sept. 11 terrorist attacks. Those who really knew Afghanistan, however, also knew it was ungovernable. I was struck this week by something Noah Feldman said his dad told him in 2001. Feldman said "that even Afghans had never really run their country from the center. When my parents had been there in 1969, the king was effectively little more than the mayor of Kabul. My father remembered him driving around the putative capital city at the wheel of a Volkswagen Beetle.

On the road to Herat, my parents had encountered tribesmen who, my father recalled, were so unaware of the affairs of the country as a whole that they expressed no interest in the word "Afghanistan" — or maybe they had never heard the word at all.

"They expressed no interest in the word 'Afghanistan' — or maybe they had never heard the word at all." What does that tell you? Well, that a nation that doesn't think of itself as a nation is never going to behave as another nation, America, which thinks of itself as a nation, wants it to behave. It's just not going to happen. Perhaps the only way it would happen is if the US did to Afghanistan what it did to Japan, which is rebuilding it from the ground up after totally annihilating Japanese society. Then again, Imperial Japan had thought of itself as a nation.

I'm not telling you anything new. This was all debated at the time the US invaded Afghanistan in 2001. It was pretty much forgotten about two years later. But while the rest of us were paying attention to the invasion of and growing quagmire in Iraq, elites who believed the US could do for Afghanistan what it did for Japan kept arguing, as Feldman articulated it, that we "had a fundamental interest, indeed a moral obligation, to succeed where others had failed." He added: "Instead of conceding to the return of warlords and dictators and the oppression of women, as we had traditionally done throughout the Muslim world, the time had come to embrace and enable democratic rule."

That's noble, but it assumes you can teach people to think of themselves as a nation in order to form a nation that would over time "embrace and enable democratic rule." You can't. Those people have to come to that conclusion on their own in their own way. That was unthinkable to political elites who rarely in their own personal lives encountered anything that could not be moved by money, force or will. That the American project failed and kept failing wasn't occasion to rethink it. It was occasion for pouring more on. After all, what was at stake was more than the US honoring its "fundamental interest, indeed a moral obligation, to succeed where others had failed." What was at stake was the credibility and legitimacy of America's political elite.

I think America's political elite — which, let's not forget, includes the Washington press corps, especially its military affairs correspondents — could have tolerated Biden's decision to end the war if the war's end had come quietly. It didn't, though, and there's the real problem.

Biden's "mistake" wasn't about when to evacuate, how many and where to? His "mistake" was "allowing" a situation to unfold that drew the attention of normal Americans to the fact that America's political elites failed and that 20 years of profound failure discredits them almost totally. The process of discrediting political elites started around the same time the occupation of Afghanistan began, that is, with the United States Supreme Court ruling in the case of Bush v Gore. What happened over the weekend put the face of human suffering on it.

I'll end by underscoring the president's other "mistake." He took the side of the American people. When it comes to war, the elites are not used to presidents doing that. A huge majority believes the disaster in Kabul is evidence for why we should leave, not evidence for why we should stay. There's no reversing that, however much influence the Washington press corps has on popular opinion. This isn't 2003. War isn't coming. It's going (for now). I think Biden understands the reputational anxieties of the elites. After all, he's one of them. But he's also saying, without saying obviously: Look, it's done. Get over it.