How the authoritarians among us will react to vaccine mandates 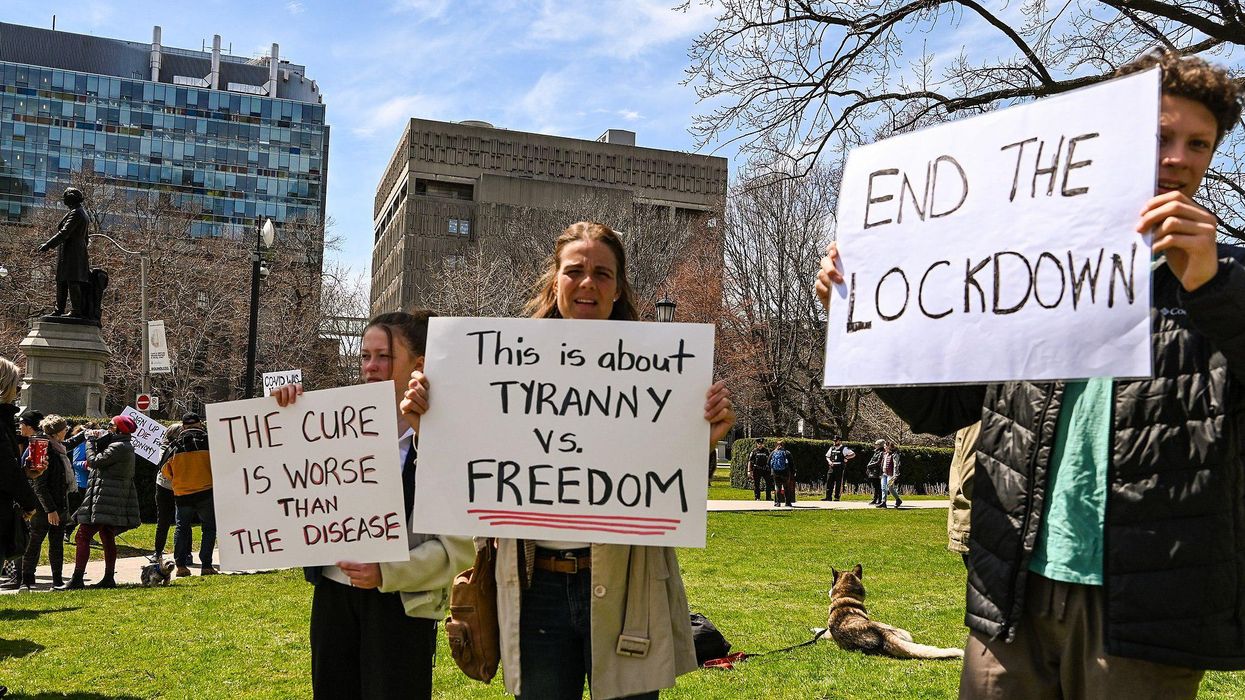 I want to pick up on Friday's newsletter in which I said civil society, especially businesses, is now asserting itself in the fight against the covid. Among others, Delta, Apple, Microsoft and recently Duke University are telling employees to get vaccinated or get another job. The president ordered vaccines for federal workers. Governors like mine ordered them for state workers. Dr. Anthony Fauci said covid vaccines for public school kids are a good idea. It's a maddening patchwork, but it's moving in the right direction.

Given how resistant some have been to getting vaccinated — given how apocalyptic some of their rhetoric has been — you might be wondering if being forced to get vaccinated might trigger violent reactions. (After all, many of these same people are in the "good guys with guns" crowd.) This is a good question. It puts violence at the heart of the GOP project. In case you haven't noticed, there isn't much interest in policy these days. Instead, it's in power. But even that is a concern among Republican elites more than normie Republicans. As the journalist Jeff Sharlet said recently, they are not spoiling for policy victories. They don't care. Instead, they are spoiling for a fight. Being forced to get vaccinated might be the spark they've longed for.

I think this is more complex than it seems. In explaining, I'm going to bring together various threads of ideas I've been working on here at the Editorial Board. They might sound a bit familiar to some but by putting them together, I hope they bring more and fresher light.

First and foremost, you have to understand that authoritarians are weak on account of being authoritarians. They don't really have convictions, though there is no shortage among them of beliefs. By this, I mean they believe they are entitled to everything is our society breaking their way, but they are not going to work for it if the labor is too hard. Convictions are expensive. They require investment. They demand sacrifice. Beliefs, however, are cheap and plentiful. And it doesn't take much effort to keep telling yourself wild, howling lies.

Quite literally, these lies about themselves and their place in this country constitute their identities. As long as they can be maintained, most of America's authoritarians will comply with vaccine mandates, especially mandates with teeth. (For instance, you can't fly unless you are vaccinated.) Oh, they will complain. They will hew and pule and cry! They will say it's all so unfair. But they will do what they're told.

Why? Well, because mandates will actually help them! The thing about being an authoritarian is that you are trained from childhood never to think for yourself. In saying this, I'm deadly serious. When you do not have the skills to think for yourself, you fear making choices. You are even more terrified when people you respect are equally afraid. But neither you nor your peers admit fear. That would signal weakness of character, which is the God-given truth, but your whole identity has been constructed from an early age around hiding it. So you fabricate some reason why you can't get vaccinated, like protecting your liberties etc. They don't mean what they say, though. Their "freedoms" are built on sand. Push them just enough and they'll fold like paper.

The other thing about being an authoritarian is this. The wild, howling lies they tell themselves often take the form of violent rhetoric. You can see this in those videos of anti-vaxxers and anti-maskers at school board meetings. Beneath the details is a confession of what they say to each other in private. These conversations are as varied as the people engaged in them, but they share fundamental features. These people are equal parts victim and hero, and they take pleasure in imagining righting some kind of imagined "wrong" with some kind of imagined violence. Again, they don't mean what they say. The point of these private conversations is strengthening in-group bonds and making themselves feel better for the emptiness that should be a moral core.

This is where things get more complex. Even as they cave to vaccine mandates, the authoritarians will continue telling themselves lies that often take the form of violent rhetoric. The mandates will be added to the already-being-told story about their being the victims and the heroes against the big bad enemy that they would, if they could, vanquish with violence. The "if they could" part is key. They are still true to the in-group. They are still loyal to The Cause (whatever that might be). But, well … it's out of their control. The bad guys are still bad, but not so bad we need to start a civil war. Why? Convictions are expensive and demanding. Beliefs are cheap and plentiful. So much easier to tell yourself you deserve things going your way while blaming the out-group for your lack of conviction to do something about it.

"Do something about it" is what separates two key camps among the authoritarians. One is large. It's the people content to merely make-believe the liquidation of the out-group (non-white people, LGBTQ people, liberals, communists, etc.) The other is small. These are the people who have figured out that most of their authoritarian peers do not mean what they say. They have figured out that violent rhetoric is the ground by which most of their authoritarian peers merely strengthen in-group bonds and make themselves feel better for the emptiness that should be a moral core. The smaller group is the True Believers. They will not be content with just imagining violence.

I do not mean to suggest that imagined violence is less dangerous than real violence. I think the two authoritarian camps are bound together morally and politically. Imagining the out-group's liquidation, and deriving pleasure from it, is the context from which real violence emerges. It could be that real violence might not happen at all outside of that context. This is why I spend so much time talking about normie Republicans as opposed to elite Republicans. Yes, elites are disgusting in their arousal of violent impulses, but those impulses were always already there. This is why violence will remain a threat long after GOP elites stop arousing violent impulses (whenever that might happen).

Furthermore, I do not mean to suggest that violence will result from mandating vaccines. Convictions are sticky. Beliefs are slippery. It's not hard to imagine a time, perhaps in the near future, when the same people who said forcing them to do something they don't want to do will lead to civil war say they never believed what they said they believed, that they always believed the covid vaccines were good. At that point they will have landed by accident on honesty. While violence springs readily from lies, the same can't be said of truth.