Anti-vaxxers are engaging in the same 'freedom-destroying nanny statism they're supposed to be against': conservative 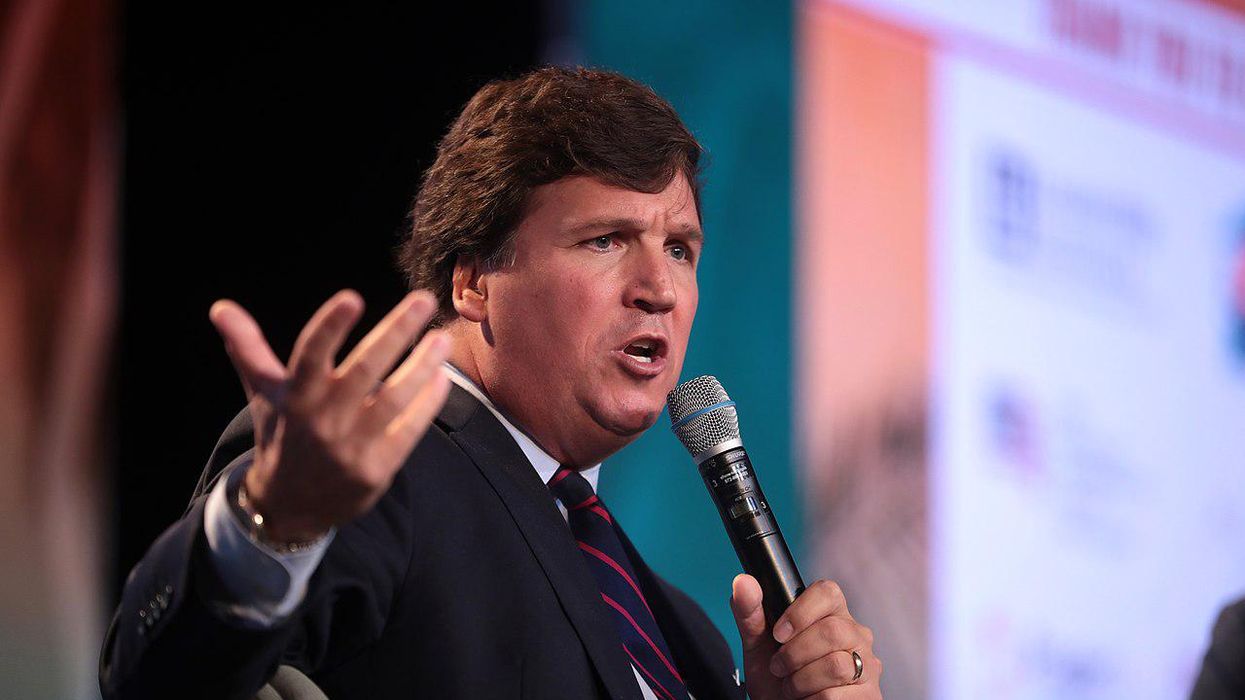 Far-right anti-vaxxer wingnuts have been falsely accusing President Joe Biden of trying to force all U.S. residents to get vaccinated for COVID-19 whether they like it or not. Biden, however, has only encouraged voluntary vaccination for the general population, although he has stressed that the more Americans get vaccinated, the sooner the United States will be able to start getting back to normal. Regardless, anti-vaxxers persist with their conspiracy theories, and attorney Chris Truax — in an article published by the conservative website The Bulwark on August 5 — bluntly slams anti-vaxxers for prolonging the pandemic in the U.S. and humorously attacks their views as "herp derp."

"Herp derp" is a term that Truax got from the animated comedy "South Park." As Truax notes, "herp derp" has become "an internet meme for something that is just complete nonsense." And Truax gives some examples of the type of "herp derp" that has been coming from anti-vaxxers.

Although Biden and members of his administration have never said that all U.S. residents should be forced to receive COVID-19 vaccines, he has recommended that federal employees either receive a vaccine or show a negative COVID-19 test result. In response, Larry Cosme, president of the Federal Law Enforcement Officers Association, said, "Forcing people to undertake a medical procedure is not the American way and is a clear civil rights violation no matter how proponents may seek to justify it."

Truax comments, "Anyone over the age of six who thinks about it for five seconds can tell you that what Cosme said is obviously false. Every school district in every state in America requires children to be vaccinated to attend public schools. Most states offer exemptions in some cases, though some states, including California, have drastically restricted those exemptions. But there is no question that states and school districts have the legal authority to demand that school children be vaccinated. So no, mandatory vaccinations are not a 'civil rights violation.' They're Line Three on the list of 'things to do' that your parents had stuck on the door of the fridge."

Contrary to what anti-vaxxers claim, Truax writes, vaccines work. And Truax is clearly fed up with anti-vaxxers who are keeping other Americans from getting back to normal.

"We normals should not allow 28% of the population to keep us in a permanent COVID twilight when real freedom is just within reach," Truax writes. "I'm willing to put up with a lot during a genuine national crisis, but I'm not willing to spend six hours on an airplane wearing a mask because some Trump supporter wants to 'own the libs' by not getting vaccinated. You think the anti-vaxxers are riled up about new mask mandates? Just wait until the rest of us find out that schools won't be able to open in September because of a surging Delta variant wave caused by anti-vaxxers who 'don't believe' in getting vaccinated against COVID-19."

"Let's let the free market sort this problem out," Truax argues. "If an airline or a restaurant or an employer wants to protect the health of their customers or employees by requiring proof of vaccination or a recent negative COVID test, that ought to be between the business, its customers and its employees. When the government steps in and outlaws this sort of thing, well, that's the sort of freedom-destroying nanny statism that true conservatives are supposed to be against."

Truax concludes his article by lamenting that "normal life" will remain elusive in the U.S. as long as Americans are buying into the "herp derp" promoted by anti-vaxxers.

"Normal life is about six weeks away, and it will be perpetually six weeks away until we find a way to deal with the anti-vaxxers," Truax writes. "By all means, continue the outreach. Persuade them to get their shots. But I'm not interested in the 'reasons' anti-vaxxers don't 'believe' in vaccinations. It's all herp derp. All I'm interested in is results."