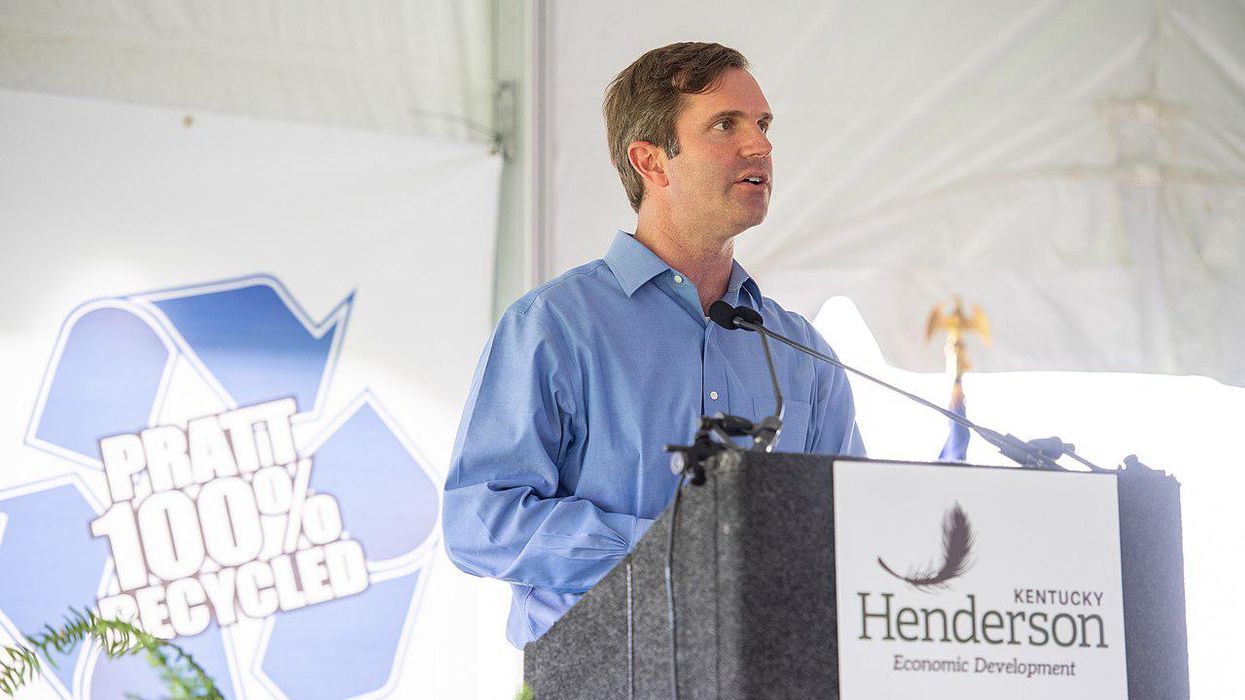 With COVID-19's highly infectious Delta variant raging in Kentucky, centrist Democratic Gov. Andy Beshear issued an executive order on August 10 requiring students to wear protective face masks in public schools throughout the state. Kentucky Republicans went ballistic, ranting and raving against Beshear. And Kentucky-based journalist Silas House, in an article published by The Atlantic on August 22, cites this reaction as a sad example of Americans who no longer care about society's "greater good."

"After the brief respite offered by vaccination," House explains, "I know it is tough to go back to masking and social distancing. But the backlash was immediate and charged. Parents gathered in front of schools and central offices with signs bearing slogans such as Let Our Kids Breathe and My Kids, My Choice. They expressed their outrage on social media. Our attorney general, Daniel Cameron, a protégé of Mitch McConnell, filed a petition with the state's supreme court to stop the mandate, despite the fact that cases in Kentucky are climbing to pre-vaccination rates."

House goes on to say that if his two children, who are now adults, were still minors attending public schools in Kentucky, he "would be grateful to have the mandate." But many Kentucky Republicans, House laments, insist on fighting against public health measures during a deadly pandemic. According to Johns Hopkins University in Baltimore, the worldwide death toll from the COVID-19 coronavirus is now more than 4.4 million — and that includes over 628,500 deaths in the United States.

"The situation is only made worse by the many elected officials in my state who seem determined to make masks a political issue," House observes. "While our Democratic governor is begging people to get vaccinated and to mask up, Thomas Massie, one of Kentucky's Republican representatives, joined two other members of Congress in suing House Speaker Nancy Pelosi for enforcing a mask rule in the House of Representatives chambers. In July, Rep. Regina Huff, a Republican who chairs the state House Education Committee, tweeted photos comparing Anthony Fauci's encouragement to get vaccinated to the cult leader Jim Jones' orchestration of the Jonestown massacre."

In his article, House remembers his grandmother — who was born in 1909 and lived through World War I, World War II, the Great Depression and the 1918/1919 Spanish flu pandemic.

"My grandmother had very little patience for political showboating," House recalls, "and I believe she would have been disgusted by the politicization of a virus that has now killed more than 620,000 Americans. I also know that she was a stridently independent and stubborn person who would have resented being told what to do. But any time I doubt that she would have supported masking, I think back to her tales of living through the 1918 flu epidemic as a child, of her belief that she had to help in the war effort, of her fears that one of her children might contract polio in the surge of the early 1950s."

House continues, "Maybe too few people today understand the necessity of putting aside one's own comforts to help others. Perhaps our sense of community has suffered in the digital age. It seems to me, however, that most of the blame should go to politicians who care more about stirring up fear to defeat their opponents than they do about people's lives or the economy. And I blame anyone who intentionally spreads misinformation to further their own agenda."

Anti-maskers, according to House, are unwilling to do what his grandmother did during World War II: make sacrifices for the United States' overall wellbeing.

House laments, "Refusing to sacrifice for the common good is an American problem, not just a Kentucky one…. Those who are unwilling to sacrifice a small part of their daily comforts for the good of our country seem to be the loudest right now. But the statistics show that they are not in the majority. Most of us are thinking of one another. My grandmother would be proud."