'How you get stuff done': Anti-mask GOP nominee threatens to use '20 strong men' to physically remove school boards 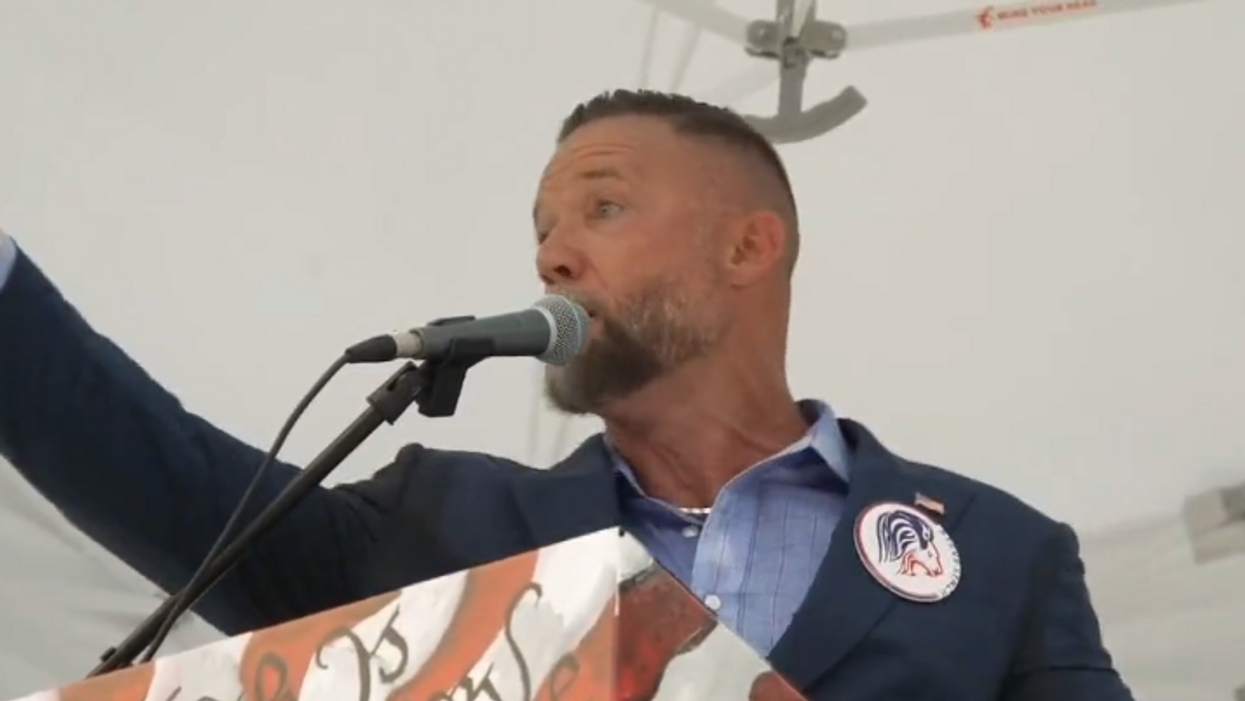 Steve Lynch, a far right wing conspiracy theorist and pro-Trump Republican who claims "massive fraud" in the 2020 election put "a total incompetent foreign agent in our White House," appeared to threaten to use violence and intimidation to remove school board officials who voted to implement mask mandates.

"School boards: you are done. You're done," said Lynch, who is the Pennsylvania Republican Party's nominee to become Northampton County Executive.

"Forget going into these school boards with freaking data. You go in to these school boards to remove them. I'm going in with 20 strong men and I'm gonna give them an option – they can leave or they can be removed," he said at a "Freedom Rally" against mandates, in Harrisburg on Sunday. FreedomNews.TV documented the rally with photos and videos.

"Men, where are you? Men. Wake up, smell the coffee. Let's go. Make men great again. Make men men again. Men, men. Let's go, men, I need you. I need you in the coming weeks because when we walk into those school boards, we're gonna have everything we need to do to go in there with those 9-0 school boards that voted to put these masks back on the children with no scientific – it's done."

"This is how you get stuff done," he added.

Also at that rally Lynch claimed "they weaponized" the coronavirus "to get rid of the President, number one, that was number one. Let's not forget that okay, it doesn't matter what your political beliefs are, that took place to destroy what this country was doing we were thriving, the economy was thriving, they destroyed, these people, all of them, anybody that's not standing up for this, at a minimum, belongs in jail at a maximum, and a maximum should be tried for treason and we all know what treason is."