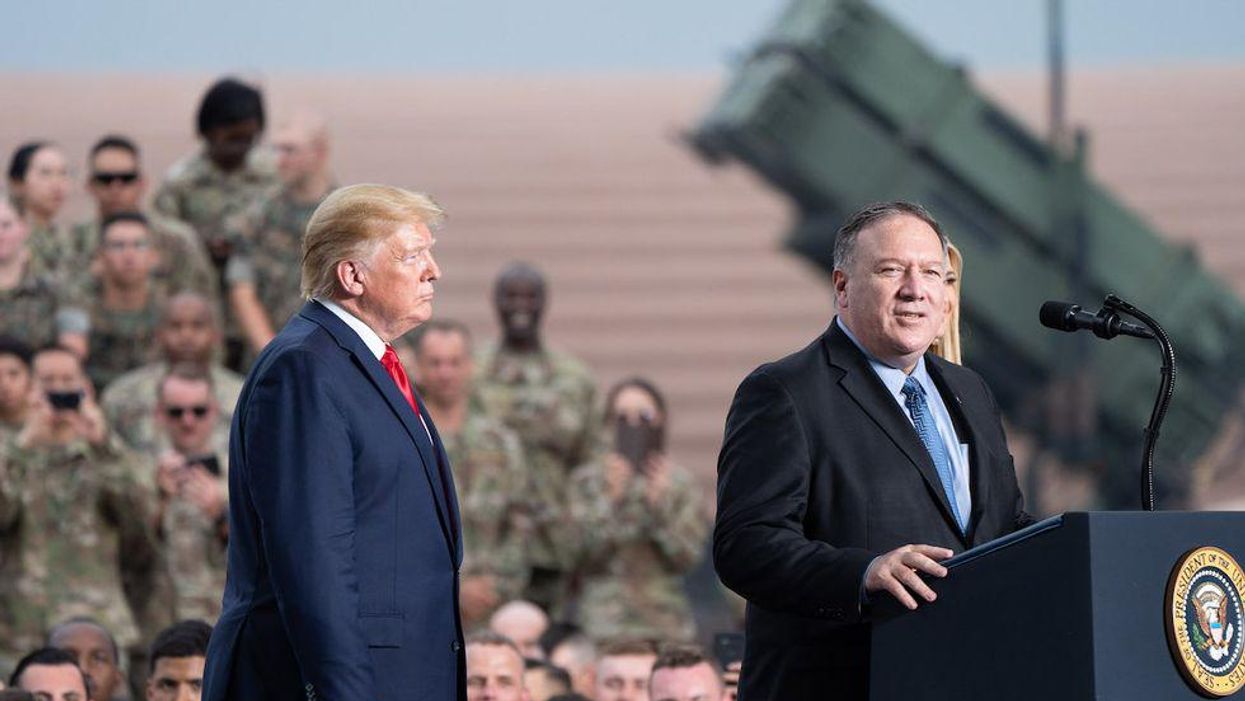 Although Max Boot has been highly critical of the Biden Administration following the Taliban's takeover of Afghanistan, the conservative Washington Post column certainly isn't letting former President Donald Trump or former Secretary of State Mike Pompeo off the hook. Boot, in a scathing column published this week, stresses that Trump and Pompeo are being totally hypocritical by attacking President Joe Biden for embracing an Afghanistan withdrawal policy that they "designed.'

The Never Trump conservative explains, "The Biden Administration, as I've argued, deserves plenty of blame for its precipitous and ill-planned exit from Afghanistan. Naturally, a sense of decency and consistency has not prevented former President Donald Trump and his minions from adding their voices to the chorus of criticism, even though they themselves designed this exit strategy and lauded it until the last moment. We are now being treated to the contemptible spectacle of people who sent the airplane into a nosedive complaining about the resulting crash."

Boot points out what Trump had to say about Afghanistan earlier this year. On April 18, Trump said, "Getting out of Afghanistan is a wonderful and positive thing to do. I planned to withdraw on May 1st, and we should keep as close to that schedule as possible. And on June 26, Trump boasted, "I started the process. All the troops are coming back home. They couldn't stop the process. Twenty-one years is enough, don't we think?"

"Now, (Trump) is calling the situation 'not acceptable' and saying that the troop withdrawal should have been 'conditions-based' — which wasn't part of the deal he struck with the Taliban," Boot notes. "He is demanding that Biden 'resign in disgrace for what he has allowed to happen to Afghanistan,' i.e., for carrying out Trump's policy. Bizarrely, Trump is even castigating Biden for failing to 'blow up all the forts,' as if U.S. forces were fighting in the Middle Ages."

In his column, Boot makes some of the points that Rep. Liz Cheney of Wyoming and Rep. Adam Kinzinger of Illinois have been making. Cheney and Kinzinger have slammed the Trump/Pompeo strategy for withdrawing U.S. troops from Afghanistan as horribly flawed but are vehemently critical of Biden for going along with it.

"Trump's partner in hypocrisy, as in misgovernment, is former Secretary of State Mike Pompeo," Boot observes. "Not only did he oversee the negotiations with the Taliban, Pompeo convinced Pakistan to release from prison Abdul Ghani Baradar, Afghanistan's new president, to serve as an interlocutor. Pompeo met with Baradar last year and bragged about it on his Twitter feed, thereby legitimating the Taliban and disheartening the Afghan military."

Boot continues, "As recently as July, Pompeo was eager to 'applaud' the withdrawal, saying he wanted 'the Afghans to take up the fight for themselves.' On Sunday, by contrast, he was fulminating that 'weak American leadership always harms American security.' He went on to ludicrously accuse the Biden Administration of being 'focused on critical race theory while the embassy is at risk.'"

The Never Trumper also lambasts former Vice President Mike Pence as a total hypocrite. In an August 17 op-ed for the Wall Street Journal, Pence wrote, "The Biden Administration's disastrous withdrawal from Afghanistan is a foreign-policy humiliation unlike anything our country has endured since the Iran hostage crisis…. Once Mr. Biden broke the deal, the Taliban launched a major offensive against the Afghan government and seized Kabul."

Boot responds, "In Pence's alternative universe, the reason the Taliban won was because Biden extended the Trump deadline for withdrawal by a few months…. You would never know from reading this mendacious twaddle that the Taliban never agreed to a lasting cease-fire and never stopped attacking even when Trump and Pence were in office."

Boot notes what former National Security Adviser John Bolton had to say about the Afghanistan debacle on August 18. Arguing that Trump and Biden are "like Tweedledee and Tweedledum" where Afghanistan is concerned, Bolton stressed, "While Biden bears responsibility for bungling the implementation, I have no confidence Trump would have executed it any more competently."

On withdrawal from Afghanistan, Trump and Biden are like Tweedledee and Tweedledum. While Biden bears responsibly f… https://t.co/2IARrM3JeW
— John Bolton (@John Bolton) 1629290618.0

The conservative writer concludes his column on a depressing note, noting that Trump's gullible supporters will fail to realize that he deserves some of the blame for Afghanistan's woes.

"What's maddening is that the disingenuous Trump media strategy could work," Boot laments. "The bungled exit from Afghanistan does serve to discredit Biden and seemingly confirms Trump's criticisms — hitherto limited to the right-wing bubble — that the president is weak and ineffectual. Biden's approval rating is dropping — along with support for the withdrawal. The irony that Biden could be punished for implementing Trump's strategy will be utterly lost on Trump supporters."