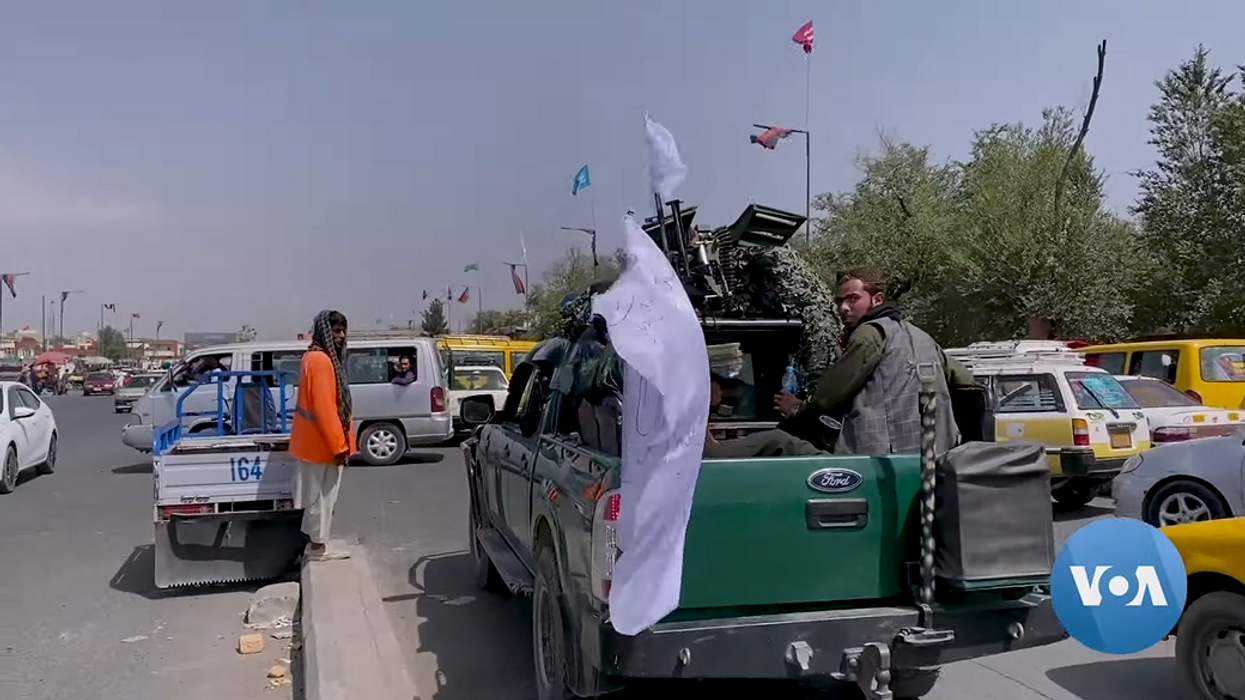 On Monday, August 30, former President Donald Trump claimed that the Taliban — now in control of Afghanistan — has seized $83 million worth of U.S. weapons. But that claim has been fact-checked and refuted by the Washington Post's Glenn Kessler.

In his August 30 statement, Trump said, "Never in history has a withdrawal from war been handled so badly or incompetently as the Biden Administration's withdrawal from Afghanistan. In addition to the obvious, ALL EQUIPMENT should be demanded to be immediately returned to the United States and that includes every penny of the $85 billion dollars in cost. If it is not handed back, we should either go in w/unequivocal Military force and get it, or at least bomb the hell out of it."

Trump failed to mention, of course, that the Biden Administration was following the Trump/Mike Pompeo plan for withdrawing U.S. troops from Afghanistan, although at a slower pace. Trump and former Secretary of State Mike Pompeo wanted the U.S. out of Afghanistan even sooner than President Joe Biden. While Biden wanted to withdraw troops before the 20th anniversary of the 9/11 terrorist attacks, Trump planned to remove them during the spring of 2021.

Kessler, discussing Trump's claims that the Taliban has seized $83 million worth of U.S. weapons, explains, "We don't normally pay much attention to claims made by the former president, as he mostly just riffs golden oldies. But this is a new claim. A version of this claim also circulates widely on right-leaning social media — that somehow, the Taliban has ended up with $83 billion in U.S. weaponry. Trump, as usual, rounds the number up."

Kessler adds, "The $83 billion number is not invented out of whole cloth. But it reflects all the money spent to train, equip and house the Afghan military and police — so weapons are just a part of that. At this point, no one really knows the value of the equipment that was seized by the Taliban."

The Post journalist notes that the $83 million figure "comes from an estimate in the July 30 quarterly report by the Special Inspector General for Afghanistan Reconstruction (SIGAR) for all spending on the Afghanistan Security Forces Fund since the U.S. invasion in 2001."

According to Kessler, "The $83 billion spent on the Afghan National Defense and Security Forces (ANDSF) goes back two decades, including almost $19 billion spent between 2002 and 2009."

Applying the Washington Post's "Pinocchio Test" to Trump, Kessler breaks down that $83 million some more.

Kessler notes, "U.S. military equipment was given to Afghan security forces over two decades. Tanks, vehicles, helicopters and other gear fell into the hands of the Taliban when the U.S.-trained force quickly collapsed…. But the value of the equipment is not more than $80 billion. That's the figure for all of the money spent on training and sustaining the Afghan military over 20 years. The equipment portion of that total is about $24 billion — certainly not small change — but the actual value of the equipment in the Taliban's hands is probably much less than even that amount."