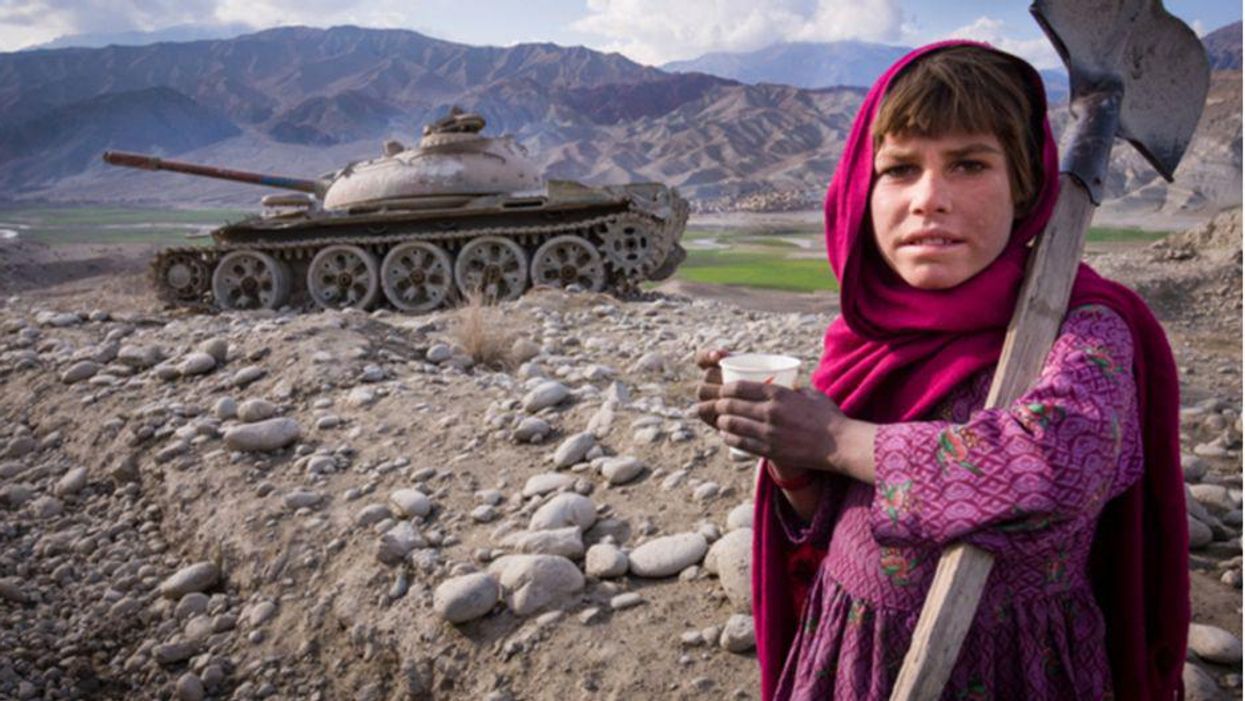 The chaotic collapse of the Afghan military in recent months made starkly clear that the $83 billion U.S. taxpayers spent to create and fund those security forces achieved little. But a new report this week by the Special Inspector General for Afghanistan Reconstruction also reveals the depths of failure of the United States' entire 20-year, $145 billion effort to reconstruct (or construct, in some cases) Afghanistan's civil society.

John Sopko, the special inspector general since 2012, has long chronicled the government's miscalculations. In his latest lacerating assessment, he concluded that “the U.S. government continuously struggled to develop and implement a coherent strategy for what it hoped to achieve." The U.S. effort was clumsy and ignorant, the report says, calling out the hubris of a superpower thinking it could reshape a country it didn't understand by tossing gobs of money around.

The new report is a sweeping look back over America's two decades in Afghanistan, which left 2,443 U.S. servicemembers and more than 114,000 Afghans dead. The watchdog agency has, for 13 years, consistently and accurately pointed out consequential flaws of the many reconstruction programs at play.

ProPublica also examined some of the same issues along the way in a series called “GI Dough." In 2015, we decided to add up the waste and did an extensive analysis of the causes behind it. Our reporting found at least $17 billion in likely wasted taxpayer dollars at the time. (And that was just out of the small percentage of total spending SIGAR had scrutinized at that point.) To help put those squandered funds into context, we created a game readers could play to see what the money could have bought at home.

The efforts to create a new government and military from scratch were overly ambitious, ProPublica found in 2015. They failed to consider the needs and abilities of Afghans. There was a disregard for learning from past mistakes. (Take for example, soybeans.) And the goals were far too “pie in the sky" for one of the world's poorest nations, a country still racked by violence. What was happening in Afghanistan was strikingly similar to the failures endured in Iraq just a few years prior.

For its part, SIGAR has dissected a wide variety of breakdowns in its decade-plus of tracking the Afghanistan effort. These reports are not just about a $25 million building no one wanted or would ever use, a $200 million literacy program that failed to teach would-be soldiers how to read, a $335 million power plant the Afghans couldn't afford to run or even the $486 million spent on planes that couldn't fly and ended up as scrap metal. What the reports often really highlight is that the underlying assumptions were wrong.

The SIGAR reports form a penetrating body of real-time analysis that reveals little appetite to change course and whose warnings seem to have gone unheeded. Adequately answering the questions SIGAR raised in each report would have forced a wholesale reexamination of the U.S. presence in the country. That never happened.

“This was not a matter of ignoring what was said as much as not wanting to come to grips with the issue, and it was a deliberate choice not to deal with the problems," said Anthony Cordesman, a policy expert at the Center for Strategic and International Studies. “It wasn't even a triumph of hope over experience; it was a triumph of political expediency over meaningful policy making."

According to Cordesman, no one wanted to “preside over a very visible American defeat," one that would undoubtedly leave behind a destabilized Afghanistan and potential national security disaster. There was, too, he said, a strong contingent of true believers who kept making the argument that success was almost in hand: “I think they were in a state of denial."

Then there were the military generals and other top officials described in The Washington Post's revelatory “Afghanistan Papers" in 2019, who were far more interested in spinning a tale of near victory to the public. In addition to assurances that the insurgency was on its heels, officials often trotted out statistics about lower infant mortality rates, increased life expectancy and vastly improved educational opportunities for girls. SIGAR acknowledged such “bright spots" in this week's report, but concluded that those achievements were not worth the sizable investment and, more important, aren't sustainable without a continued U.S. presence. In other words: It was all temporary.

SIGAR found that there was a persistent, troubling disconnect between what U.S. officials wanted to be true and what was actually happening. “By spending money faster than it could be accounted for, the U.S. government ultimately achieved the opposite of what it intended: it fueled corruption, delegitimized the Afghan government, and increased insecurity," the report says. But officials pressed on with “reckless compromises," including unrealistic timelines for progress, and “simply found new ways to ignore conditions on the ground."

Diplomatic agencies more suited to the task of nation building were muscled aside by the Pentagon, which was better resourced but lacked the requisite expertise. The State Department and U.S. Agency for International Development, SIGAR reported, didn't have enough staff to “meaningfully perform that role."

“If the goal was to rebuild and leave behind a country that can sustain itself and pose little threat to U.S. national security interests," the report says, “the overall picture is bleak."

SIGAR's analysis of the future is equally forbidding. The U.S. is exiting Afghanistan, but history shows we'll likely jump into nation building again. SIGAR's report notes that it's the “11th lessons learned report" in the series, but the heading for the report makes it quite clear that, if the U.S. government is the student, the message hasn't sunk in. It's called “What We Need to Learn: Lessons from Twenty Years of Afghanistan Reconstruction."