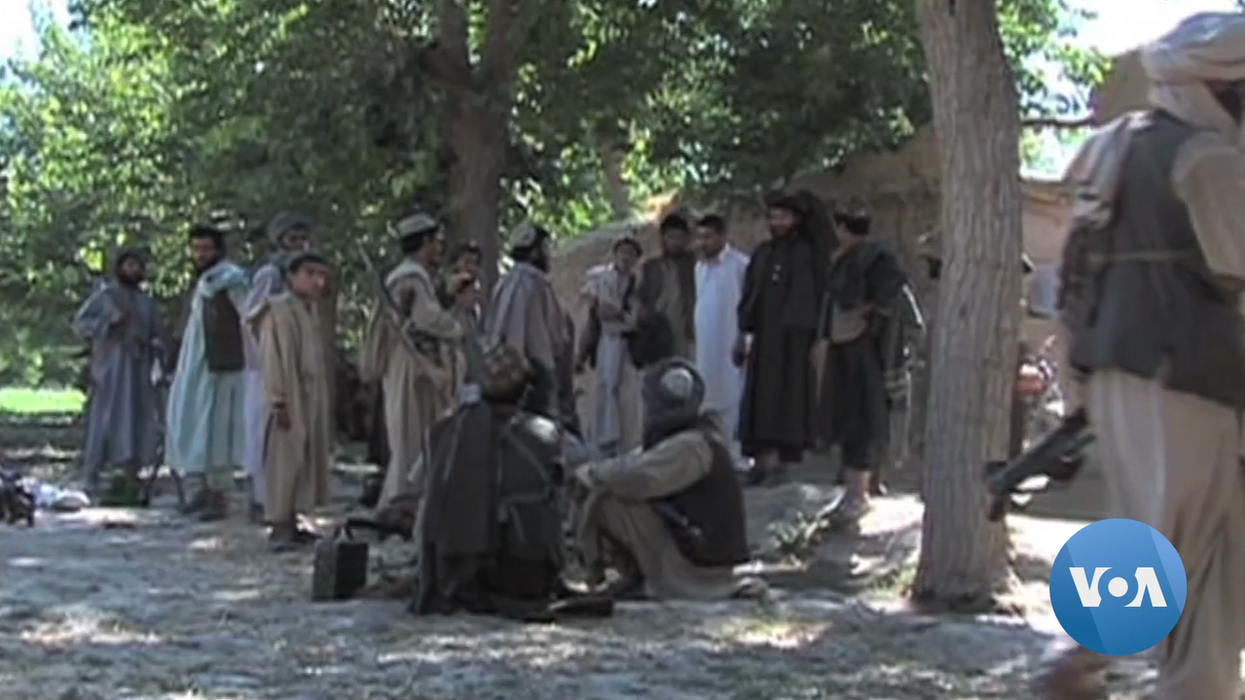 During the 2020 presidential election, some Republican supporters of then-President Donald Trump attacked now-President Joe Biden as a war hawk who would promote "endless" wars and praised then-President Donald Trump for his "historic peace agreement with the Taliban." But with the Taliban having retaken Afghanistan following the withdrawal of U.S. forces, the Republican National Committee, has — according to The Week's Peter Weber — removed a 2020 Trump campaign web page that slammed Biden as overly hawkish and praised Trump's "peace talks."

In 2020, Trump and then-Secretary of State Mike Pompeo pushed a plan for removing U.S. forces from Afghanistan — and Pompeo met with Taliban leaders.

On the page that has been removed, Trump supporters in the RNC complained, "Biden has had a history of pushing for endless wars" whereas "Trump has continued to take the lead in peace talks as he signed a historic peace agreement with the Taliban in Afghanistan, which would end America's longest war."

After Biden was sworn in as president on January 20, he reversed a long list of Trump-era policies. But one Trump-era policy Biden adhered to was the withdrawal of U.S. forces from Afghanistan, although Biden took longer to do it than Trump would have liked. Biden expressed confidence that Afghan forces were well-trained, but Afghan forces were overwhelmed by Taliban fighters — who moved into the capital city of Kabul during the August 15-16 weekend. Former President Ashraf Ghani fled the country.

How quickly can the politics around Afghanistan change? Here's a section on the RNC's website in June; click it now… https://t.co/w6d0UGNFZh
— Dave Weigel (@Dave Weigel) 1629062813.0

On April 19 — almost three months into Biden's presidency — Trump said, "I wish Joe Biden wouldn't use September 11 as the date to withdraw our troops from Afghanistan, for two reasons. First, we can and should get out earlier. Nineteen years is enough, in fact, far too much and way too long."

With the Taliban now in control of Afghanistan, Rep. Liz Cheney of Wyoming is critical of both Trump and Biden. Cheney, known for her hawkish neoconservative foreign policy views, argued that Trump's plan for withdrawing from Afghanistan was poorly conceived and that Biden was wrong to follow it. The congresswoman, appearing on "CBS This Morning," slammed Trump and former Secretary of State Mike Pompeo's plan for withdrawal as a "surrender agreement" but stressed, "President Biden never should have withdrawn forces…. Certainly, there is sufficient blame on both sides."