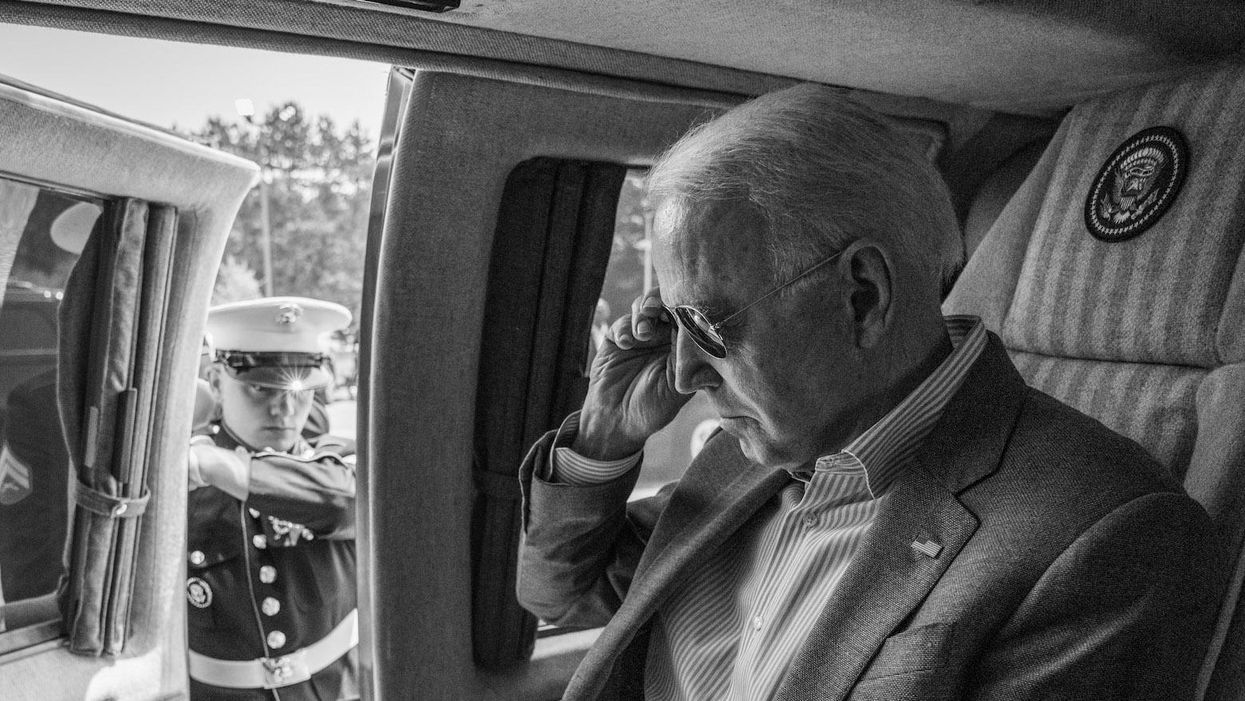 The situation in Afghanistan deteriorated quickly over the weekend. The Taliban took control of its capital city last night. That co-op of regional warlords now has effective control of the country. The swift developments provide partisans here in the states plenty of reasons for being partisan. The Republicans are acting like the fall of Kabul is the same — politically, strategically, morally — as the fall of Saigon at the end of another forever war that had no point but cost us blood and treasure. Naturally, this puts the Democrats on the defensive. I'm no expert on military history. I'm no expert on international affairs. I do know, however, that partisanship often makes people say silly things.

I think it took a degree of courage for Joe Biden to end "the forever war." Decisions like this don't come without cost in every sense of the word. The president surely knew what was going to happen, though he probably could not have known how or how quickly it would. Given that uncertainty, it took courage. But contrary to what some liberals are saying in Biden's defense, I don't think it took that much courage.

I think instead it was a sound political calculation, like everything else. No matter how much money we pour into it, Afghanistan is just not in the mood, and may never be in the mood, to behave like a democratic nation-state. There is no such thing as "the national interest" in that country. (Even calling it a "country" is overstating things). There is no such thing as a moral belief in the fundamental equality between and among members of a political community dedicated to that very same national interest. Not even in theory. And that's not something you can buy. That "the president of Afghanistan" fled the country should be of no surprise after you understand that he was president on paper.

It's not possible for Joe Biden to have been the only president to have recognized that reality. He is the first to act on it, though. It's as if he said to himself one day: "Well, this isn't getting any better." Two decades is a long time. Memories of Sept. 11, 2001, have faded. Domestic politics, including the public-private interests of the military-industrial complex, is pretty much what kept past presidents from making the decision BIden made. It's said he's long been critical of "the forever war." He saw an opportunity. He took it. Does that take courage? Yes, to a degree. But let's not overstate the degree, please.

Democratic partisans will worry that saying such things makes the president vulnerable to partisan attacks, like the preposterous notion that he should be removed from office using the 25th amendment on account of Afghanistan's swift collapse. Democratic partisans need not worry so much. If there's one thing you can count on about politics inside the United States, it's that normal people don't care about politics outside the United States, unless it involves Americans.

That's another part of Biden's calculation, first brought to my attention by Hussein Ibish, who really does know what he's talking about when it comes to these things. If you know all the headlines are going to be bad, and I mean all of them, there's an ideal time of the year for them to influence public opinion. That's the "August doldrums." As Ibish said, August is when most people most of the time are doing something — anything — other than paying attention to politics. By the time we get to Labor Day, Ibish said, the whole political discourse will have reset. The president almost certainly made August the basis for his choice.

This is not to say the Republicans and their allies in the right-wing media apparatus, which is global in scale, won't milk every ounce of manufactured outrage from Biden's decision to pull out of Afghanistan. Some Senate Republicans who value their reputations as reasonable legislators will raise legitimate concerns about national security. Others will try shoehorning Afghanistan into the longer conservative story about liberal weakness in military affairs. Others will, well, they'll do what they always do. Get mad, foam at the mouth, etc. But unless an American dies in the process of evacuating embassy personnel out of Kabul, unless a marine is killed in the line of duty, all that will be more of the same partisan froth. The right-wing media apparatus is global in scale but it's no match for reliable American chauvinism.

Even if an American dies, this won't be a repeat of Benghazi. The Republicans won't be able to do to Biden what they did to Hillary Clinton, though they will try, I have no doubt, especially if they retake control of the House next year. But expecting the Republicans to act like partisans is expecting the sun to rise in the east. Whatever they do in the name of "national security," they will do it after having earned a reputation for being the party of insurrection, treason and domestic terrorism. Though he made a political calculation, the president is still trying to do the right thing with all the consequences of having tried doing the right thing. Partisanship can be silly. It can also be good.