The U.S. must bolster retraining for workers harmed by unfair trade 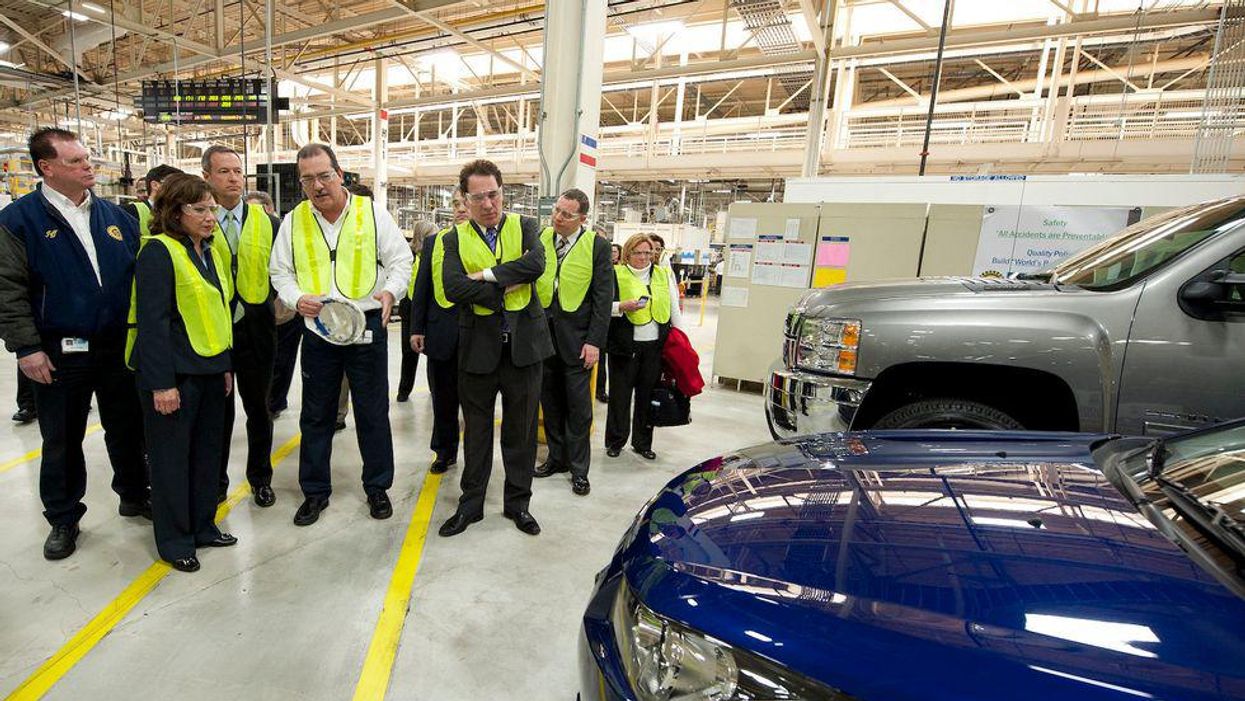 When Goodyear closed its Tennessee manufacturing facility and laid off Ray Spangler about a decade ago, he moved his shell-shocked family about 330 miles so he could take a job at the company's Gadsden, Alabama, plant.

Goodyear shut that plant as well last year, after shifting most of the work to Mexico, leaving Spangler with the agonizing question of whether to relocate again.

In the end, he opted to use a federal retraining program, Trade Adjustment Assistance (TAA) for Workers, to build a future in Gadsden.

Thousands of Americans find themselves in Spangler's shoes each year, victims of bad trade and corporate greed, and so Democrats in the House and Senate want to strengthen the program and provide more of the resources these workers need to start over.

However, the clock is ticking. On July 1, the most recent version of TAA expired, limiting assistance for those not already in the program. Congress needs to act as quickly as possible to ensure help is available when workers need it.

"It's life-saving," Spangler, a former member of United Steelworkers (USW) Local 12L, said of the TAA program that's covering his tuition, supplies, and other expenses while he studies electronics technology at Wallace State Community College near his home. "Other people need to have access to it."

TAA enables workers to chart new paths forward when they lose their jobs because of bad trade.

In some cases, as with Spangler and his coworkers, corporations shift jobs and production to countries with low wages, weak labor standards and lax environmental laws. Goodyear moved work from Gadsden to a plant in San Luis Potosí, Mexico, and pays workers there just a few dollars an hour.

Other times, foreign countries illegally subsidize the production of aluminum, electronics, paper, steel, tires and other goods, and then dump the items in the United States at below-market prices. American manufacturers cannot compete on this uneven playing field, and so U.S. workers lose their livelihoods.

Even then, starting over isn't easy. That's why TAA also provides income supports, case management services, job search allowances, a tax credit to help cover health care premiums and other resources that workers need to rebound from the bad hands they're dealt.

When Goodyear closed the Gadsden plant, Spangler wasn't sure what to do. The career tire worker thought about pursuing a job at the Goodyear facility in Topeka, Kansas, but he decided to keep his family in the Gadsden area.

TAA lets him chart the future on his terms.

"It's just preparing me for more opportunity down the road," explained Spangler, whose associate degree will enable him to work for manufacturers, power generators and communications companies, among many other employers.

He and his colleagues were among 96,000 workers across the country who became eligible for TAA during the 2020 fiscal year alone. And that figure was up 6 percent over the 2019 fiscal year, driving home the continuing threat of bad trade and the dire effects on workers, their families and communities.

Congress reauthorized TAA many times over the years, and on July 1, the most recent iteration expired, triggering an automatic reversion to an older version of the program with a smaller budget, fewer resources and restricted eligibility.

It's essential that congressional Democrats quickly move forward with proposals to implement a program even stronger than before so it can better meet the needs of workers in today's economy.

The Democrats' plans include expanding income supports, increasing the job-search allowance and health care tax credit, establishing a child-care allowance, and adding pre-apprenticeships to the list of education programs TAA will cover.

They also want to extend TAA help to additional categories of workers affected by trade, like public-sector workers whose jobs are outsourced as well as those who lose their livelihoods when disruptions in global supply chains—as occurred during the COVID-19 pandemic, for example—hurt production and sales.

"Hopefully, they keep that program and expand it to others as well," said Brian Schweitzer, formerly a negotiating steward for USW Local 94, who was among hundreds laid off when the Verso paper facility in Wisconsin Rapids, Wisconsin, idled operations amid high levels of imports last year. "Without it, I would have been scrambling."

Schweitzer, who worked in the facility shipping department for 13 years, recalled how learning about the program made an immediate difference to him and coworkers who felt "down… and worried about the future."

He initially considered selling his house and leaving town but instead decided to use TAA to enter a heating, ventilation and air-conditioning training program at Mid-State Technical College. He still has several months of study, yet already gets a steady stream of job offers from employers who cannot fill vacancies for technicians and other HVAC experts fast enough.

"I'll have this in my back pocket forever," he said of his in-demand skills.

Because of its comprehensive services and high success rate, among other reasons, TAA stands out in a nation that has long failed to provide adequate job training opportunities.

Relative to the size of its economy, the United States spends far less on worker training programs than many other industrial countries, according to one study by the Organization for Economic Cooperation and Development.

Congress has a chance to start reversing that trend with a significant new investment in TAA, which has proven time and again to help workers like Spangler and Schweitzer forge ahead.

"It's been very rough," Spangler said, "but it's going to pay off."