The surprising and cold rationality of white evangelicals' destructive ideology 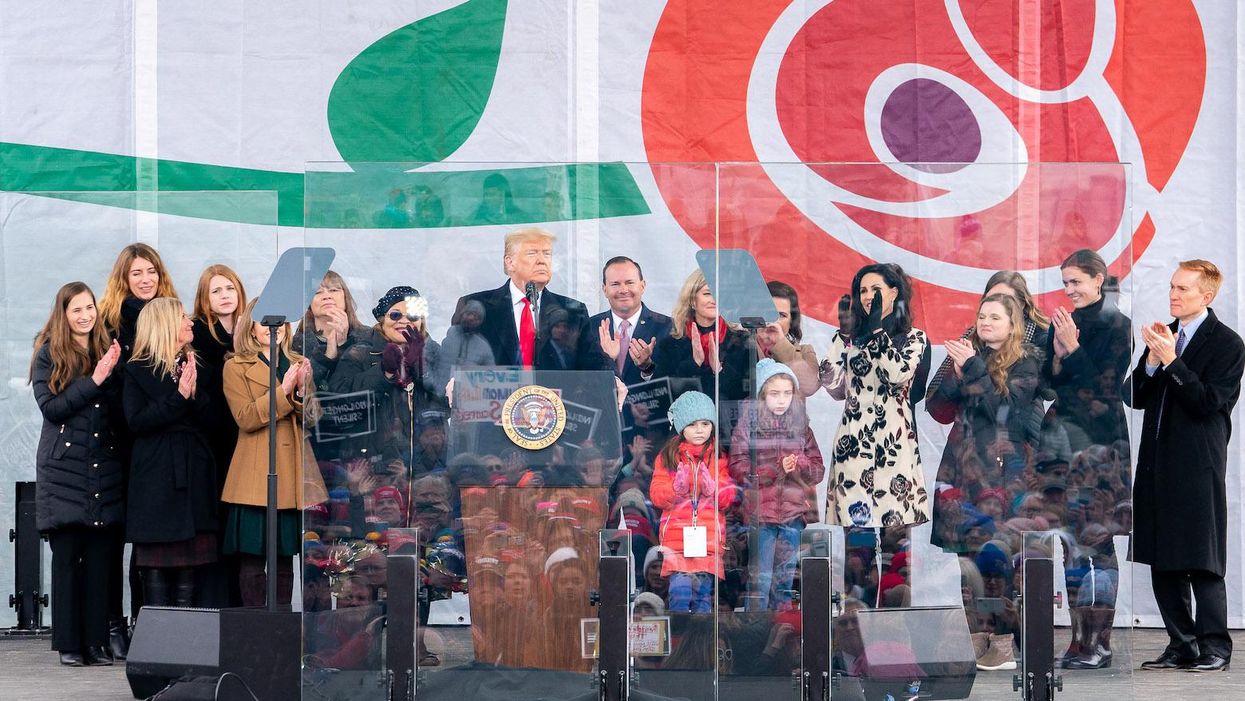 Members of the pundit corps seem to believe white evangelical Protestants (WEPs) have politicized their faith. They seem to believe the disgraced former president is the reason why. To be sure, there is something to this. After all, some adherents, especially younger one, have fled their congregations, increasing the ranks of mainline churches, according to the latest Pew poll. But on the whole, the idea that WEPs have politicized their religion overlooks a reality few are capable of seeing: It's always been politicized.

Jennifer Rubin argued Monday that white evangelical Protestants are "panicking," as their numbers shrink and they lose purchase on democratic politics. As a result, the Post columnist said, WEPs are embracing the Republicans anti-democratic efforts. As WEP "churches turn into MAGA political clubs, many who otherwise may have found a spiritual home with them have fled because they are alienated—if not horrified—by the politicization of their faith and the abandoning of values such as inclusion and empathy," she said. "The price of politicizing religion is therefore bad not only for our politics (by heightening polarization and converting policy disputes into existential crises), but also for religious communities that chase away potential adherents."

Rubin has been right more often than not since 2016. In this, however, she's dead wrong. She continues giving WEPs a kind of benefit of the doubt that so-called "exvangelicals"1 would never give, because they know better. WEPs are not panicking. They are not embracing anti-democracy out of fear of losing their place in the republic. WEPs are anti-democratic because that's what it means to be a white evangelical Protestant. Young adherents are leaving not because the faith has become politicized but because they have realized how deeply political the faith already was.

What exvangelicals know that normal people like Jennifer Rubin cannot know, because they did not emerge from that religious tradition (I think she's Jewish), is that WEPs believe they are God's chosen (or will be). They tend to believe the United States was given to "real Americans" by God to be ruled in His name. Those who are not God's chosen are pretty much disposable. (After all, He knows who the righteous are.) The WEP identity is furthermore based not so much of what they are but on what they are not. We are not them. They are enmeshed in the world. We live here temporarily until The End. They represent a multiracial republic. We believe Christ is our King. The degradation is democracy isn't regrettable. It's desirable. Theocracy is the goal.

You can be in the in-group (God's chosen) and not realize what you are supporting. That seems to be case for Michael Gerson, a Post columnist. He's a white evangelical Protestant who appears genuinely stunned by what he's witnessing from his co-religionists. On Monday, he scolded anti-vaxxers in the Republican Party, especially demagogues like United States Senator Ted Cruz, for putting politics over Americans' lives. He didn't call out WEPs by name, but he might as well have, given that white evangelical Protestants are the base of the Republican Party. Gerson wrote that:

Fox News's conservative anti-vaxxers gain advantages—in viewers and influence—by feeding conspiratorial fears that can kill their viewers. Standing outside politics for a moment, is this the sum of their ambitions? Is this a reason to get out of bed in the morning? How does someone look in the mirror and say: Today, I will purposely misinform people in ways that increase their risk of hospitalization and death?2

How does someone look in the mirror? That's easy. Morality is obedience to God's authority. Morality is not doing unto others what you would have done to you. (If that's the lesson Michael Gerson learned, he obviously learned the wrong lesson.) As long as white evangelical Protestants obey God and His law, they will remain His chosen. More importantly, they won't become one of them. They deserve whatever's coming to them. We rejoice in seeing God's will be done. Sure, white evangelical Protestants get sick and die, too, but that means little to the authoritarian mind. Fox News, Ted Cruz and the disgraced former president are not instilling terror any more than they are politicizing religion. They are merely vivifying what was always already there.

The normal people reading this column might think these people are insane for refusing to get vaccinated and not doing their part to end the pandemic. That's what Illinois Congressman Adam Kinzinger seems to think. The GOP representative was on CNN's "State of the Union" Sunday to support the president's plan to knock on doors to spread the word about vaccines. He called out fellow Republican Marjorie Taylor Greene for calling door-knockers "medical brownshirts." "It's absolute insanity," he said. "At no point was anybody saying they're going to break down your door and jam a vaccine in your arm despite your protests. Listen, if you are a Republican voter, do not listen to people like Marjorie Taylor Greene. The vaccine is safe. Covid is real."

What if it's sane, though? What if it's rational? What if all this is being done according to a coherent set of principles by which members of the in-group are right even if members of the in-group die by the covid like everyone else? What if a huge chunk of America won't ever concede that everyone is created equal even in the face of a Great Equalizer like a once-a-century plague. If that were the case, perhaps we wouldn't be asking how these people can look at themselves in the mirror in the morning. We might instead be doing everything we can to stop them from destroying the republic.