A third of states have enacted new voter suppression laws since the Republican insurrection: analysis 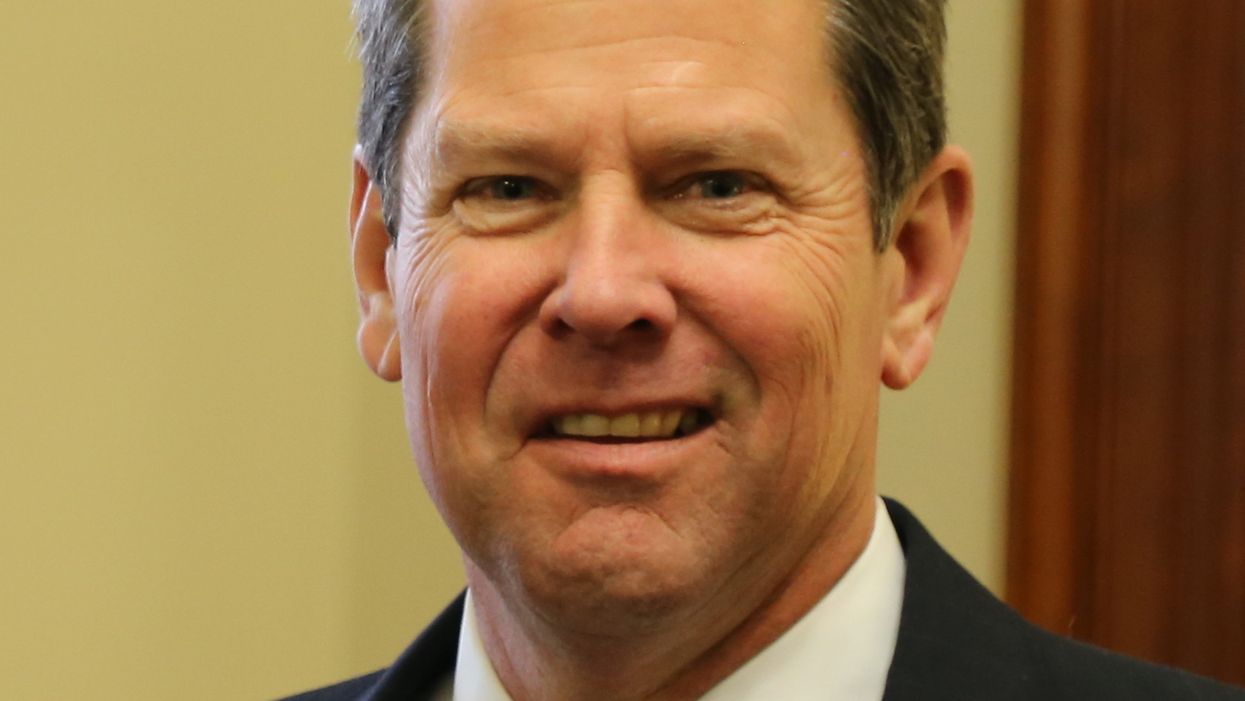 Last November, a Republican president who oversaw 500,000 unnecessary American deaths and a resulting economic collapse lost his reelection bid. Rather than a begrudging admission that a seemingly delusional compulsive liar with no skills for the job and a record of scandal and chaos was a piss-poor candidate who lost because Americans had lost patience for his bellowing performance art, countless top members of the Republican Party immediately, and at Donald Trump's behest, declared that actually the only reason Republicanism lost at the polls was because the entire world conspired against them to secretly rig the election against Burping Authoritarianism.

As an excuse for a poor performance by a singularly unimpressive buffoon, it would have been merely pathetic. The moment the Republican Party began to act on their own false propaganda, crafting law after law predicated on false "fraud" that all aimed squarely at throwing up new obstacles to voting in communities that voted against them the last time around, it became an attack on democracy itself.

The Brennan Center for Justice now identifies one third of all American states as having passed new laws blocking access to the polls in the months since the last election. That's not laws proposed. That's laws already passed in Republican Party attempts to win future elections by specifically targeting working class, poor, communities of color, and other groups with new restrictions that make voting slightly harder or slightly more complicated.

Because mail-in voting during a deadly pandemic swung sharply against the Republican presidential candidate, mail-in voting is being sharply curtailed by Republican state legislatures. Because early voting and expanded poll hours both have allowed voters a chance to evade hours-long lines on election days—lines which continue to be conspicuously commonplace in neighborhoods of color even as polling places in nearby Republican-leaning communities enjoy more resources and few such delays—Republican legislatures are slashing early voting locations and times so as to force non-Republican leaning voters back into the long lines racist governments had previously engineered.

Other laws have placed new restrictions on providing any help to voters, whether it be help seeking ballots, help returning ballots, or even providing food or water to voters stuck in the hours-long lines that Republican lawmakers have insisted on preserving. New paperwork requirements present new hurdles for working class voters to overcome, hurdles of time, money, or both.

All of it is based on the Big Lie: A Republican Party-backed declaration that the last election was "stolen" from the incompetent Republican candidate, therefore justifying drastic nationwide action to do ... the same sort of vote-suppressing activities that the party has relied on for the last half century.

Federal action is currently being stymied by, of course, the same Republican lawmakers who united to save Trump from impeachment after he goaded violent insurrection with the exact propaganda being used by Republican state legislatures to justify new voter suppression laws now. The conventions of the Senate allow a minority—currently set at 40 senators, after multiple past changes to the number that were each themselves a response to a rump of racist lawmakers blocking past federal action to enforce basic civil rights protections—to block new federal protections giving all communities uniform minimum voting standards.

What's still not getting through the heads of some lawmakers, however, is just how extensive current Republican Party moves to reshape our elections truly are. A third of U.S. states have already seen voters placed under new, suppressive restrictions. Republican Party leaders are continuing to push completely false propaganda asserting that they "won" a presidential election they did not win. House and Senate Republicans continue their attempts to sabotage a probe of the resulting violent insurrection, in large part because any such probe of necessity must document how the party's provably false claims were spread to insurrectionist ears.

Civil rights activists are warning that attempts to "out-organize" new suppressive laws will not necessarily succeed. The point of widespread Republican voter suppression is to knock even the smallest possible fraction of Americans off the voting roles; not every one of the voters affected can be made whole again. Activists are thus beginning to express their frustration with this Democratic dawdling.

There may be a tradition, in the Senate, of using the filibuster to block new civil rights protections so as to allow the efforts of racist state lawmakers to continue unimpeded. There's also a tradition of altering the rules of the filibuster when it is being abused for that purpose.

There may be no more urgent time to protect voting rights than in the aftermath of a violent insurrection premised squarely on overturning an election rather than abide by voters' will. The anti-democratic party that goaded an attempted toppling of government by promoting false claims is using those same false claims to justify new roadblocks between voters and future ballot boxes. Both acts must be rebuffed.