'This is insane': There's a big problem in the media's approach to vaccine 'skeptics' 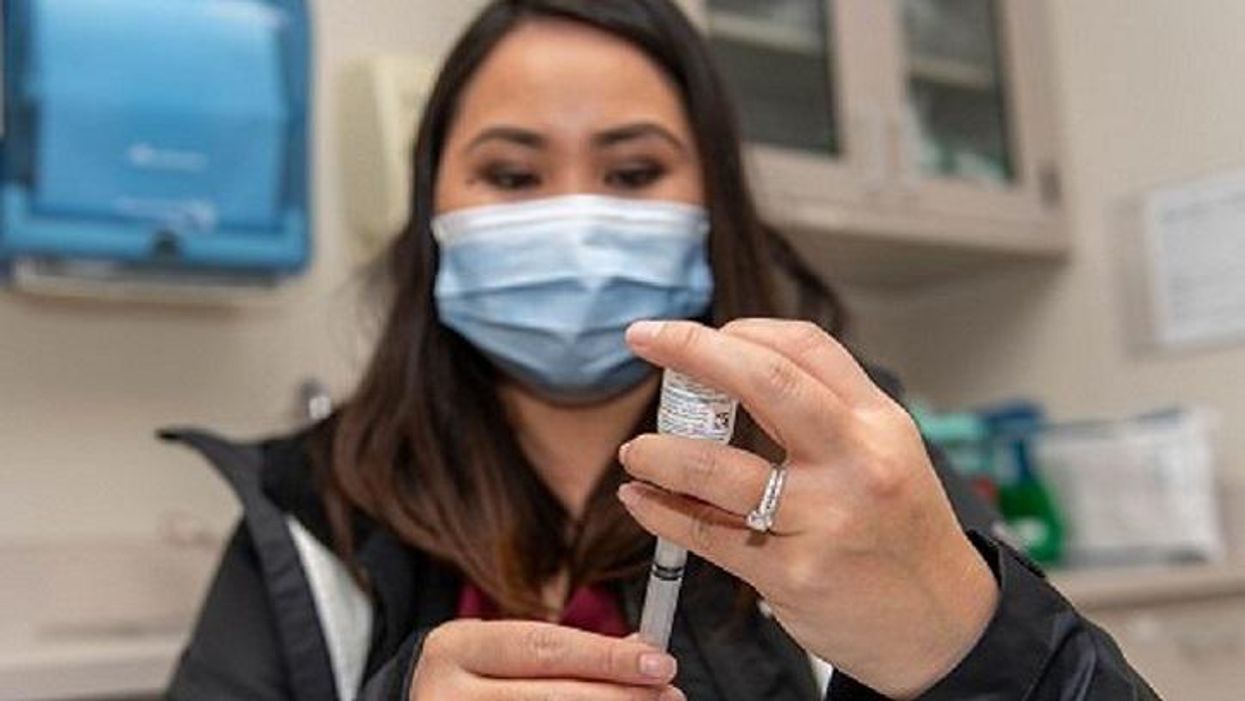 Sandy Hughes, an Army nurse with the California Medical Detachment, draws a syringe with the Moderna COVID-19 vaccine for administration at the Presidio of Monterey medical clinic, California, Jan. 27. The Presidio is the administrator for vaccines to two smaller military installations as the DOD continues to push COVID-19 mass inoculations across the country.

Henry Enten used to be a very fine writer for FiveThirtyEight before he became a talking head for CNN. I don't hold that against him, though. He's a number-cruncher. In this day and age, we need number-crunchers. And we need them to do more than crunch numbers. We need them to throw up their hands on television in absolute exasperation for the fools who refuse to get a free vaccination for their own good.

"This is insane," Enten said Friday on CNN's morning show, "New Day." "Just .8 percent of those who died in June were fully vaccinated. Look at that—99.2 percent were unvaccinated." Enten went on to say: "My goodness gracious, could you find a clearer statistic than this, that the vaccines work? I don't believe you can. This is why it's so important for folks to get vaccinated. We know they work and this number clearly, clearly shows it. … Folks, get vaccinated. My God. My God! I run out of words, because it's just so clear and people are being just so freaking silly. It works. Get vaccinated. It works.1

This is good, but I think Enten and the rest of the national press and pundit corps should do more. They should express, when appropriate and relevant, not only disapproval for those who won't save their own lives against yet another variant of the coronavirus more contagious and deadly than the last. They should show disrespect, even contempt at times. I'd argue that the more the press corps, and hence respectable white people in this country, keep respecting people who cannot, or will not, take responsibility for their own lives, the longer this covid pandemic is going to endure.

Don't they already show disrespect? That's certainly one of the tropes we have, since 2016, accepted as true without scrutiny. Americans living and working "on the coasts" don't understand "real Americans," their values and culture, and their way of life. Liberals, Democrats and "the educated" think they know better. They think they are better. All of this together has been called the "liberal media bubble" or some such thing. Donald Trump's surprise victory in 2016 seemed to prove the accusation, launching story after story after story about "real Americans" eating in diners, ruminating on public affairs. The "liberal media bubble" atoned for its sins.

To the extent that this was true, it's false now. What are people like Henry Enten asking? Not voting for a certain candidate. Not supporting a certain policy. The "liberal media bubble" is asking Americans to get a free vaccination known to prohibit catching a deadly disease. Nearly 100 percent of the covid dead last month were not vaccinated. If you're skeptical of vaccinations working, as Enten said, "this number clearly, clearly shows" they work. Once the data has been established, though—once something has been shown to be true independent of human agency—all anyone can do is speak truthfully. We don't, however, have to respect people who can't, or won't protect themselves and the people they love. Anyway, we tried respect already. Remember all those diner articles! Let's try something new. Let's try disrespect.

Some conservatives say disrespecting skeptics only makes persuading them more difficult. "The American people are unruly and in a sour mood about their authority figures," wrote National Review's Michael Brendan Dougherty on Friday. "The 40 percent of people who reported their initial hesitance have barely budged so far — despite millions wasted on public education and ham-fisted attempts to prevent them from sharing their concerns and fears. If vaccine advocates really do want vaccination uptake to increase more than they want to feel superior, they have to change course."

Yeah, no. If "the 40 percent of people who reported their initial hesitance" were genuinely hesitant, they'd be convinced that vaccines are safe and effective by the fact that nearly 100 percent of the covid dead last month were not vaccinated. They would be convinced despite "millions wasted on public education and ham-fisted attempts to prevent them from sharing their concerns and fears." They would make up their own minds, something conservatives tell us is important to them. But because they are not convinced by truth independent of human agency, it's fair to conclude persuading them was a fool's errand all along. They were never "skeptical." They were decided.

I don't know why we should respect people who don't respect themselves, except in an effort to get them to do what they won't do for themselves and the ones they love. But data isn't going to cut it. Science isn't going to do the job. So-called skeptics are going to need social pressure, social coercion, and that's where the "liberal media bubble" comes in. It must not keep respecting ridiculous excuses for bad behavior. The right and moral response is deep disapproval at the very least, contempt at the very most.