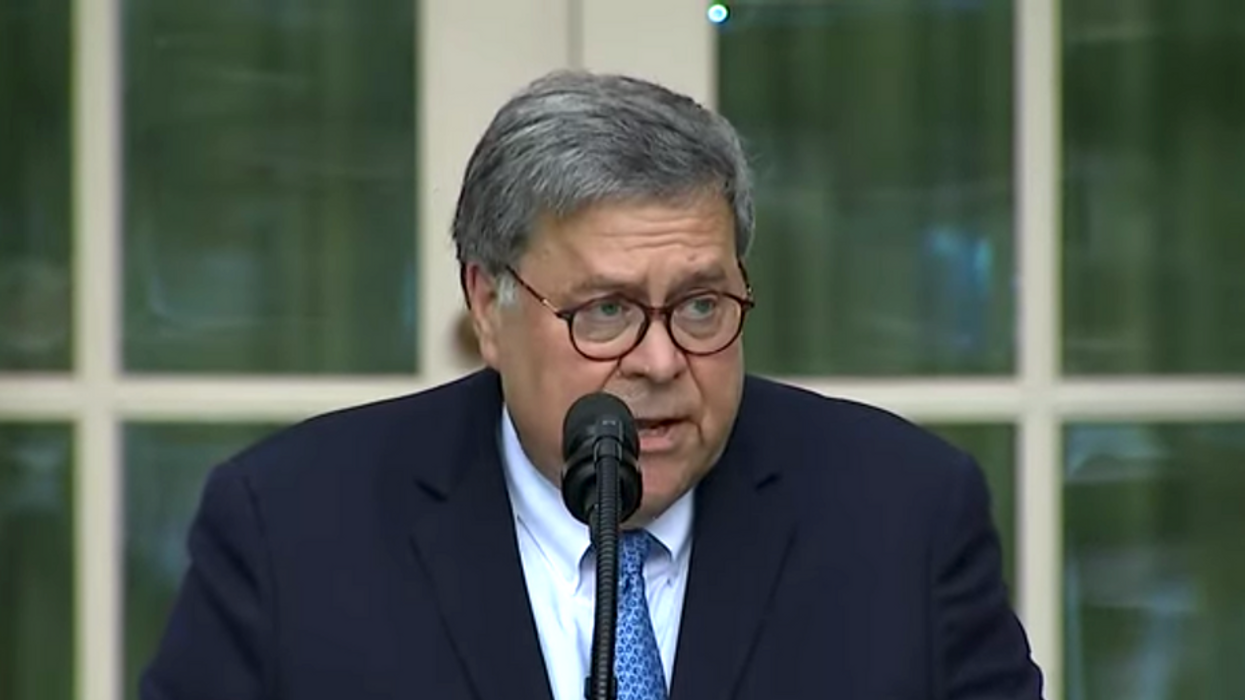 In the minds of some Donald Trump devotees, former U.S. Attorney General William Barr and former Michigan GOP Executive Director Jason Roe committed unpardonable sins when they denied that widespread voter fraud occurred in the 2020 presidential election and acknowledged that now-President Joe Biden defeated Trump legitimately. Roe has resigned from his post following the backlash from Trump supporters, while Barr is feuding with former U.S. attorney William McSwain — who is seeking the Republican nomination in Pennsylvania's 2022 gubernatorial race.

These clashes follow the high-profile fights that have divided Republican members of Congress over the 2020 election, including, most prominently the fight between House Minority Leader Kevin McCarthy and Rep. Liz Cheney that led to the Wyoming congresswoman getting booted from the party's leadership.

Roe, however, did not specify his reasons for resigning. Referring to Michigan GOP Chairman Ron Weiser, Roe told the Detroit Free Press, "I resigned my position as executive director, and the reasons will remain between me and Chairman Weiser. We've built an amazing team, and I know they will be very successful in 2022. I look forward to helping however I can."

Comments that Roe made in November later came back to haunt him. Roe told Politico that "the election wasn't stolen" and that "there is no one to blame but Trump" for Biden's victory — and six months later, pro-Trump Republican precinct delegates in Michigan angrily demanded Roe's resignation. Debra Ell, the Republican organizer who led the anti-Roe effort, told the Washington Post, "He said there was no fraud — again, that's something that doesn't line up with what we think really happened — and then, he said it's all Donald Trump's fault."

However, the Michigan Senate GOP recently released a statement admitting that a thorough study of the 2020 election found no support for Trump's claims that the vote was tainted by fraud or malfeasance.

Meanwhile, in Pennsylvania, McSwain is criticizing Barr for rejecting the Big Lie — that is, the false and totally debunked claim that Biden benefitted from widespread voter fraud in the 2020 election.

Steve Bannon, former White House chief strategist under Trump's administration and ex-chairman of Breitbart News, has said that any Republican who wins Pennsylvania's 2022 GOP gubernatorial primary or its 2022 Republican U.S. Senate primary had better be "full Trump MAGA" — and McSwain is taking that advice along with the other gubernatorial primary candidates, who include former Rep. Lou Barletta and Pennsylvania State Sen. Doug Mastriano. All of them are Trump sycophants.

In a June 9 letter to Trump, McSwain — according to Washington Post reporters Devlin Barrett, Matt Zapotosky and Rosalind S. Helderman — attacked Barr for not promoting the Big Lie. McSwain, obviously hoping for an endorsement from Trump, wrote, "As part of my responsibilities as U.S. Attorney, I wanted to be transparent with the public and, of course, investigate fully any allegations. Attorney General Barr, however, instructed me not to make any public statements or put out any press releases regarding possible election irregularities. I was also given a directive to pass along serious allegations to the State Attorney General for investigation — the same State Attorney General who had already declared that you could not win."

Barr pushed back against McSwain's comments during an interview with the Post, saying, "Any suggestion that McSwain was told to stand down from investigating allegations of election fraud is false. It's just false."

Trump's comments in that June 9 letter, according to Barr, "appeared to have been made to mollify President Trump to gain his support for McSwain's planned run for governor." And the Post reports that that Barr has called McSwain to complain about his comments.

Barr told the Post that when he spoke to McSwain, the former U.S. attorney said "he was in a tough spot because he wanted to run and he needed Trump's at least neutrality, if not support."