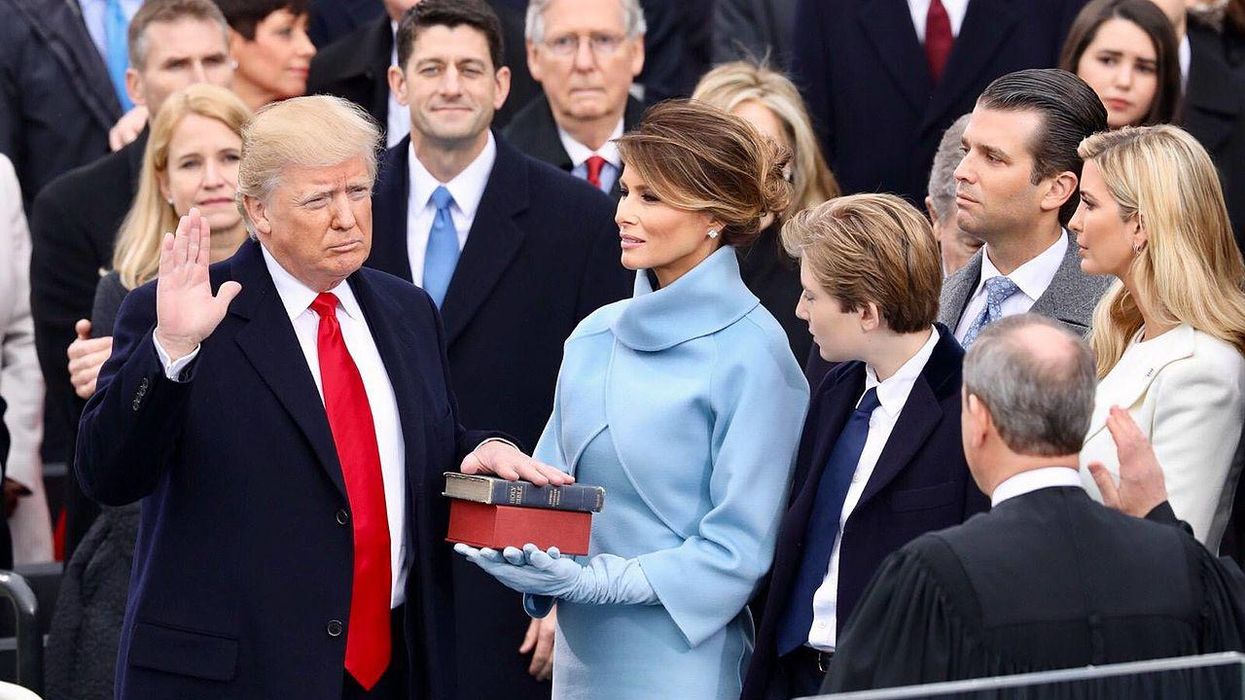 Tom Barrack is the latest associate of former President Donald Trump to face federal criminal charges. Barrack, who was a senior adviser to Trump's 2016 campaign and chaired his inaugural committee, is accused of working as an unregistered agent for the United Arab Emirates. Journalist Marcy Wheeler discusses the case in her Empty Wheel blog this week, laying out some reasons why she believes federal prosecutors have a strong case against the 74-year-old Trump ally.

Barrack is also accused of lying to the FBI about his communications with UAE officials, including Crown Prince Mohamed bin Zayed and Rashid Sultan Rashid Al Malik Alshahhi.

Wheeler explains, "Barrack was charged under 18 USC 951, which is about working for a foreign government directly. The statute is sometimes referred to as espionage lite, and in this case, the government might believe at least some of the people involved — perhaps Al Malik, who fled the country days after the FBI interviewed him in April 2018 — are spies. By charging 951, though, the government only has to show that the team was ultimately working on orders from government officials without registering, not that someone was secretly reporting to another country's spying agencies. And this is pretty clearly about a relationship directly with UAE."

Federal prosecutors, Wheeler points out, need to show "that Barrack was being directed directly by the UAE government and, starting in October 2016, directly by MBZ."

Wheeler also describes the ways in which Barrack is being accused of lying to the FBI.

The journalist observes, "In a June 20, 2019 interview with the FBI, the indictment alleges (that)…. Barrack lied about whether: (1) Al Malik asked Barrack to do things for UAE, (2) Barrack downloaded an encrypted app to use to communicate with MBZ and other Emirati officials, (3) Barrack set up a meeting between MBZ and Trump and, generally, whether he had a role in facilitating communications between them, (4) He had a role in prepping MBZ for a September 2017 meeting with Trump."

According to Wheeler, "One thing the indictment may have tried to do is insulate the indictment from any executive privilege concerns. Its narrative stops at the White House door."

She continued: "In other words, even though two of the charged lies pertain to Barrack's role in shaping US policy in events that directly involved Trump, and even though comments suggest Barrack successfully interceded, the White House is treated as a black box; no discussions within the White House or between Barrack and Trump appear in the indictment, but they are implied in many places."

It's equally interesting where this might go, which is part of the reason I find the different treatment of Candidate Trump from President Trump in the indictment really notable. This is an investigation that Billy Barr didn't kill and that survived any pardon attempt, which suggests that Barr and Trump didn't entirely kill all investigations implicating Trump (though the Rudy Giuliani investigation already showed that). But there are a number of things — most notably, the Inauguration — that might be implicated here but really isn't part of the indictment.
Merrick Garland's DOJ is not shying away from crimes that directly implicate Donald Trump. But the way they treated the White House as a black box in this indictment suggests significant deference to things Trump did while President.

Barrack himself may have been pardoned if he had been indicted prior to Joe Biden's inauguration. And Barrack may be vulnerable to future charges — and perhaps interested in cooperating with federal officials — in the reported investigation of Trump's 2017 inaugural, in which he was deeply involved as the chair of the committee.