Journalist warns Trump may be inspiring his followers for a repeat of Jan. 6 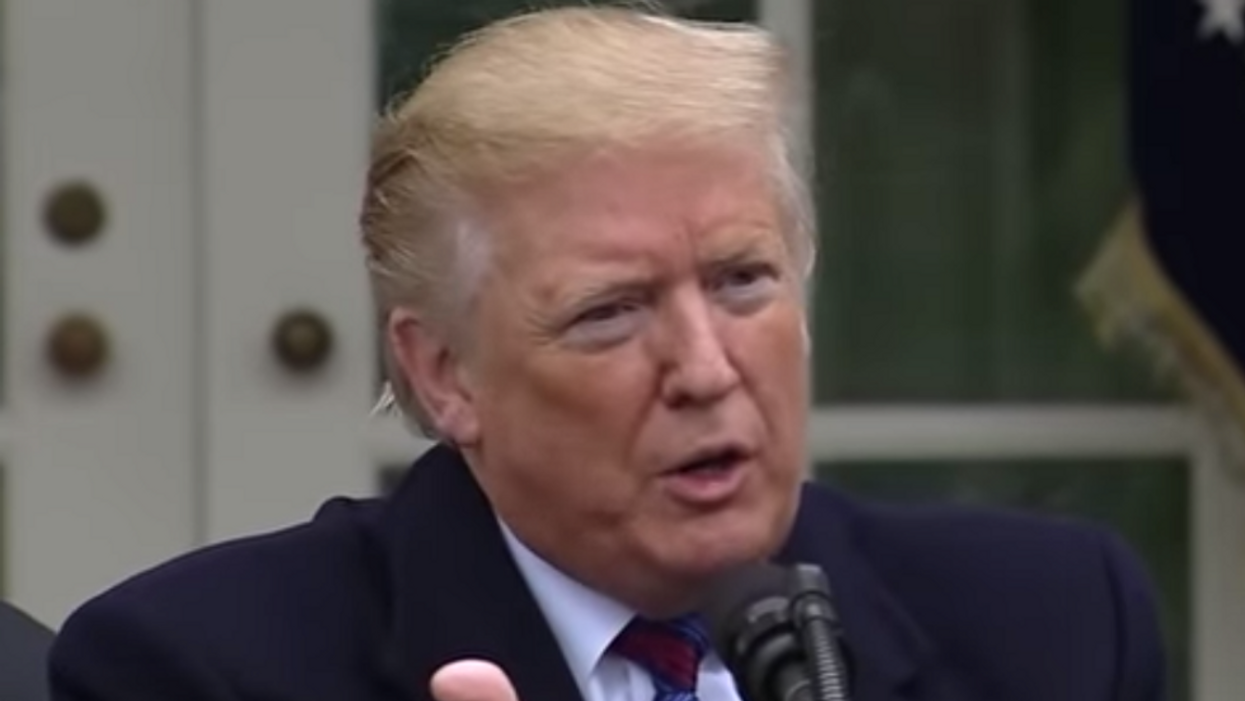 When former President Donald Trump appeared on Fox Business over the weekend, he had a lot to say about the January 6 insurrection — downplaying the violence that occurred that day and defending Ashli Babbitt (a Capitol rioter shot and killed by police) as a "patriot." Trump, interviewed by Fox Business host Maria Bartiromo, even described January 6 as a "lovefest." This week in her column, Vanity Fair's Bess Levin analyzes that interview and argues that Trump's irresponsible rhetoric may lead to a second Capitol insurrection.

"In a reasonable society," Levin writes, "the insurrection that took place on January 6, 2021, would have: (1) resulted in Donald Trump being convicted at his second impeachment trial and barred from ever holding public office again, and (2) been a dark stain on the Republican Party that no one would dare play down or even mention for fear of being associated with a violent, failed coup. Instead, thanks to the GOP's embrace of fascism, lies and an aspiring dictator who continues to perpetuate the delusion that he won a second term, it's become de rigueur for conservatives to whitewash the attack on democracy."

Levin notes that Sen. Ron Johnson of Wisconsin, for example, praised the January 6 rioters as "people that loved this country," while Rep. Andrew Clyde of Georgia equated the storming of the U.S. Capitol Building with a "normal tourist visit." And more "whitewashing," according to Levin, occurred when Trump told Bartiromo that the rioters were "patriots" who showed "spirit and faith and love."

Babbitt is often described as a "rioter" or an "insurrectionist." But Trump, speaking to Bartiromo, praised her as an "innocent, wonderful, incredible woman."

"Not surprisingly," Levin writes, "basically everything Trump said during the interview was a lie, including the conspiracy theory tying (Senate Majority Leader Chuck) Schumer to some kind of cover-up re: Ashli Babbitt's death…. More disturbing, though, is Trump's attempt to rewrite history and cast himself and his supporters as the ones who were wronged."

Levin wraps up her column by warning that the more Trump condones the January 6 insurrection, the more he is helping to bring about a similar attack.

"According to Politico," Levin writes, "a source close to Trump said he 'feels the energy around (January 6),' having seen 'the growing sentiment among his supporters that the rioters and protesters were taking a patriotic stand.' With Trump dubbing their actions at the Capitol noble and good, it's not hard to see a scenario in which his most rabid fans — like the ones who believe he is the true president — undertake another violent insurrection."