'This is not right': New book finds Ivanka Trump pushed back when her father went too far 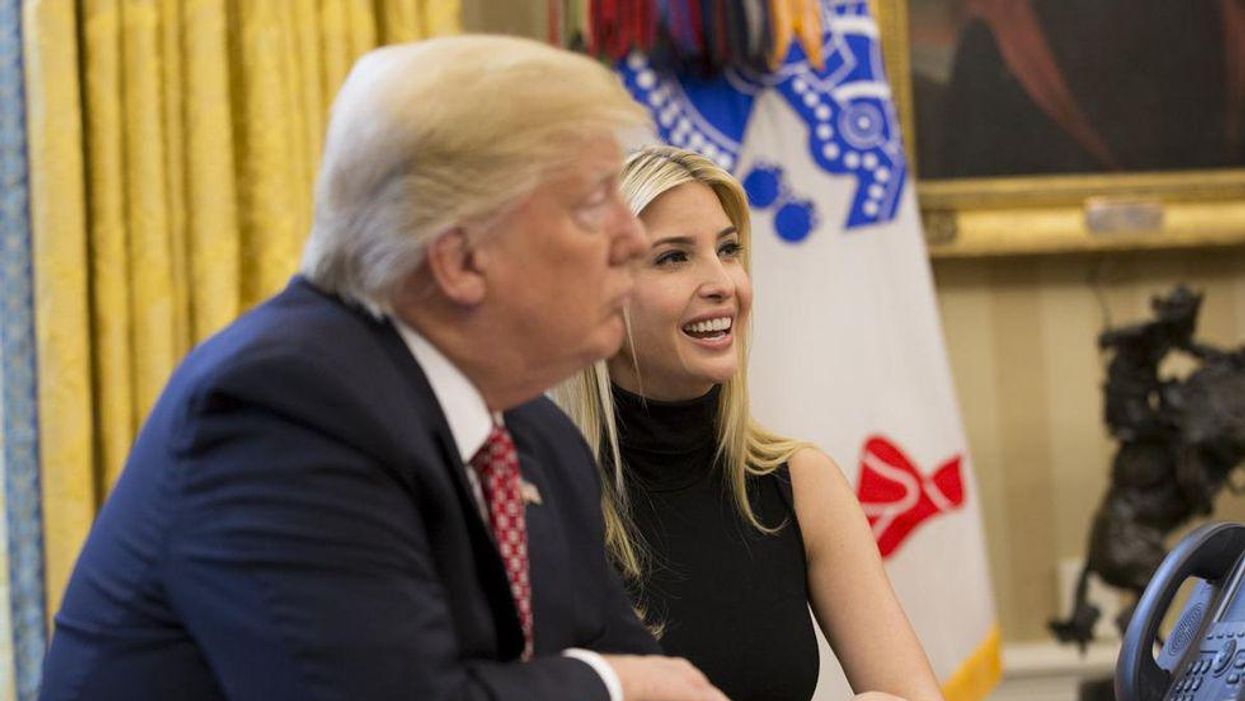 Donald Trump and Ivanka Trump in April 2017, the White House

Although Carol Leonnig and Philip Rucker's new book, "I Alone Can Fix It: Donald J. Trump's Catastrophic Final Year" isn't out yet, excerpts from it are already generating a great deal of discussion on MSNBC and CNN. One of the things the book (which has a July 20 release date on Amazon) emphasizes is just how chaotic Trump's final months in the White House were — and that includes January 6, when Trump's "Stop the Steal" rally in Washington, D.C. was followed by the violent insurrectionist attack on the U.S. Capitol Building.

Leonnig and Rucker are both reporters for the Washington Post, which has published an "I Alone Can Fix It" excerpt describing, in elaborate detail, the events of January 6. That day, Congress met for a joint session to count the votes for now-President Joe Biden's Electoral College victory in the 2020 election. But Trump and many of his devotees, from former New York City Mayor Rudy Giuliani (Trump's personal attorney) to MyPillow CEO Mike Lindell to former National Security Adviser Michael Flynn, falsely claimed that the election was stolen and that Trump was the victim of widespread voter fraud. Of course, he wasn't; not only was the election quite secure, but also, Biden won it decisively by picking up 306 electoral colleges and defeating Trump by more than 7 million in the popular vote. And even Republicans widely accepted the results in every other election held in November, which were conducted on the same ballots as the presidential race.

Leonnig and Rucker, in the book excerpt, note that at 8:17 AM eastern time on January 6, Trump tweeted, "States want to correct their votes, which they now know were based on irregularities and fraud, plus corrupt process never received legislative approval. All Mike Pence has to do is send them back to the States, AND WE WIN. Do it Mike, this is a time for extreme courage!"

That morning, the Post journalists report, Giuliani was promoting Trump's nonsense claim that Pence would be able to overturn the election results if he had the courage — and one person who disagreed with what Giuliani was doing was then-White House Senior Adviser Ivanka Trump, who said, "This is not right. It's not right."

"[Donald] Trump called Pence, who was spending the morning at his Naval Observatory residence before heading to the Capitol," Leonnig and Rucker write. "Pence again explained the legal limits on his authority as vice president and said he planned to perform his ceremonial duty, as prescribed by the Constitution. But Trump showed him no mercy. 'You don't have the courage to make a hard decision,' he told Pence."

After hanging up with Pence, Trump went back into the dining room to check on the crowd on TV. Ivanka Trump followed her father and tried to convince him to see the situation rationally. But she was unpersuasive. Trump had given Pence instructions and was hellbent on getting him to follow through.

Nonetheless, Leonnig and Rucker write, Ivanka Trump attended the Stop the Steal rally, although she declined to speak on stage.

The article goes on to describe how the pro-Trump demonstrations that followed the rally grew increasingly violent as the joint session of Congress was getting underway.

"Outside the Capitol," Leonnig and Rucker note, "the pro-Trump protest was quickly morphing into a battle scene. Demonstrators so outnumbered law enforcement officials that hundreds of Capitol Police officers on the western front of the complex had no chance of holding the crowds away from the grounds. This was no ordinary political protest. It was a riot."

As that mob outside the Capitol Building was becoming more and more violent, Sen. Mitt Romney's wife, Ann Romney, feared for his safety. And Chris Marroletti, a Mitt Romney aide, texted the Utah senator, warning, "I'm not liking what's happening outside the Capitol. There are really big, violent demonstrations going on. I think you ought to leave."

Ann Romney and Marroletti were right to be concerned. The violent mob broke into the Capitol, rampaging through the halls. But while lawmakers' work was delayed, it wasn't prevented — and at 3:24 a.m. eastern time on January 7, Leonnig and Rucker write, "Congress completed its duty and voted to confirm Biden's 306-to-232 electoral win. Pence formally declared him the next president of the United States."