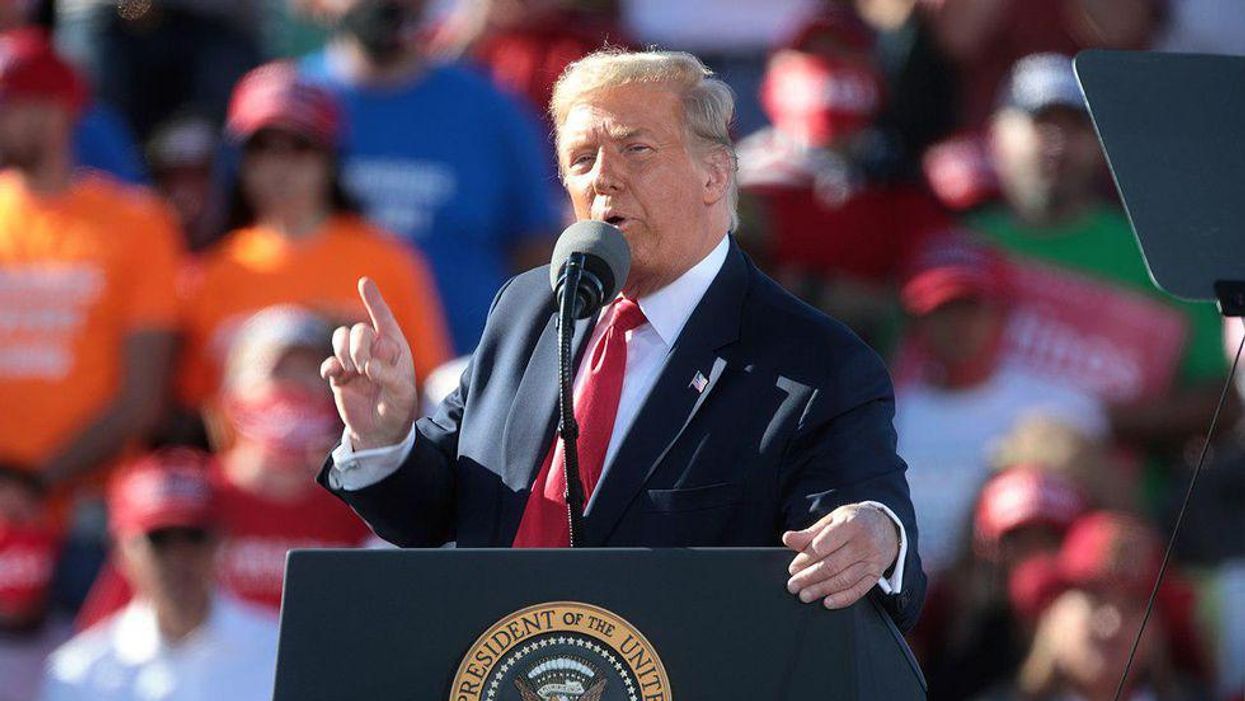 One section of former President Donald Trump's rally speech on Saturday night in Florida stood out to many observers: his response to last week's indictment of his company and its CFO Allen Weisselberg.

Weisselberg and the Trump Organization were hit with a 15-count indictment from the Manhattan DA, Cy Vance, alleging a scheme to defraud the government and avoid paying required taxes on more than a million dollars worth of non-salary compensation the CFO has received for over a decade.

Trump himself was not charged in the scheme, though many argue it's hard to believe he wasn't aware of this allegedly criminal conduct — and indeed, it's hard to believe this kind of criminality wasn't widespread under his leadership. But if Vance ever chooses to try and bring a case against the former president, Trump will likely try to claim he was unaware that these crimes were occurring, or that he was unaware that what was being done was illegal. On Saturday, he started roadtesting this type of defense — which, if true, would undermine the case that he had the criminal intent required to be found guilty of the crimes in question — for his fans:

"You didn't pay tax on the car or a company apartment...you didn't pay tax, or education for your grandchildren — I, don't even know what do you have to put? Does anybody know the answer to that stuff?"

Some legal commentators argued it was clear Trump was trying to establish this narrative to exonerate himself:

The fact that Trump and his company made these payments is likely indisputable. What Trump is claiming is that the… https://t.co/J30esTce8x
— Renato Mariotti (@Renato Mariotti) 1625405117.0

However, there's a big problem with this defense. It directly contradicts what Trump himself has said about his own understanding of tax law and his own company's finances. In 2017, he told the New York Times:

And this wasn't just out of thin air — it literally followed his own discussion of businesses' tax liabilities:

The tax cut will be, the tax bill, prediction, will be far bigger than anyone imagines. Expensing will be perhaps the greatest of all provisions. Where you can do something, you can buy something. … Piece of equipment. … You can do lots of different things, and you can write it off and expense it in one year. That will be one of the great stimuli in history. You watch. That'll be one of the big. … People don't even talk about expensing, what's the word "expensing." [Inaudible.] One year expensing. Watch the money coming back into the country, it'll be more money than people anticipate.

His remarks aren't particularly articulate about the subject matter, but given his interest in the topic, it's a stretch to believe he was completely in the dark about what kinds of company expenses created tax obligations for him and which did not.

In 2016, too, he also suggested that he's able to pay low or no taxes because he's "smart." He also said: "As a businessman and real estate developer, I have legally used the tax laws to my benefit and to the benefit of my company, my investors and my employees. Honestly, I have brilliantly — I have brilliantly used those laws."

This could and should be interpreted as mostly candidate bluster, but it severely undermines his ability to later claim to a court that he's completely befuddled by the mechanics of paying taxes.

Regardless of these and similar comments, Trump might still get away with claiming that he didn't have a clue about the tax practices at his own company. The DA may feel he lacks the evidence to prove Trump's intent beyond a reasonable doubt, and he may be unwilling to go forward against such a high-profile defendant without a rock-solid case. But if charges are forthcoming, Trump has still undermined what would likely be his best defense with his boasting. And if he's allowed to skate free because he persuasively argues that he was clueless about his illegal tax practices, he'll undermine a pillar of his own ostensible political appeal. Though perhaps he's become such a symbolic figure for the right wing that the substantive case he made for his own political prowess is now largely irrelevant.