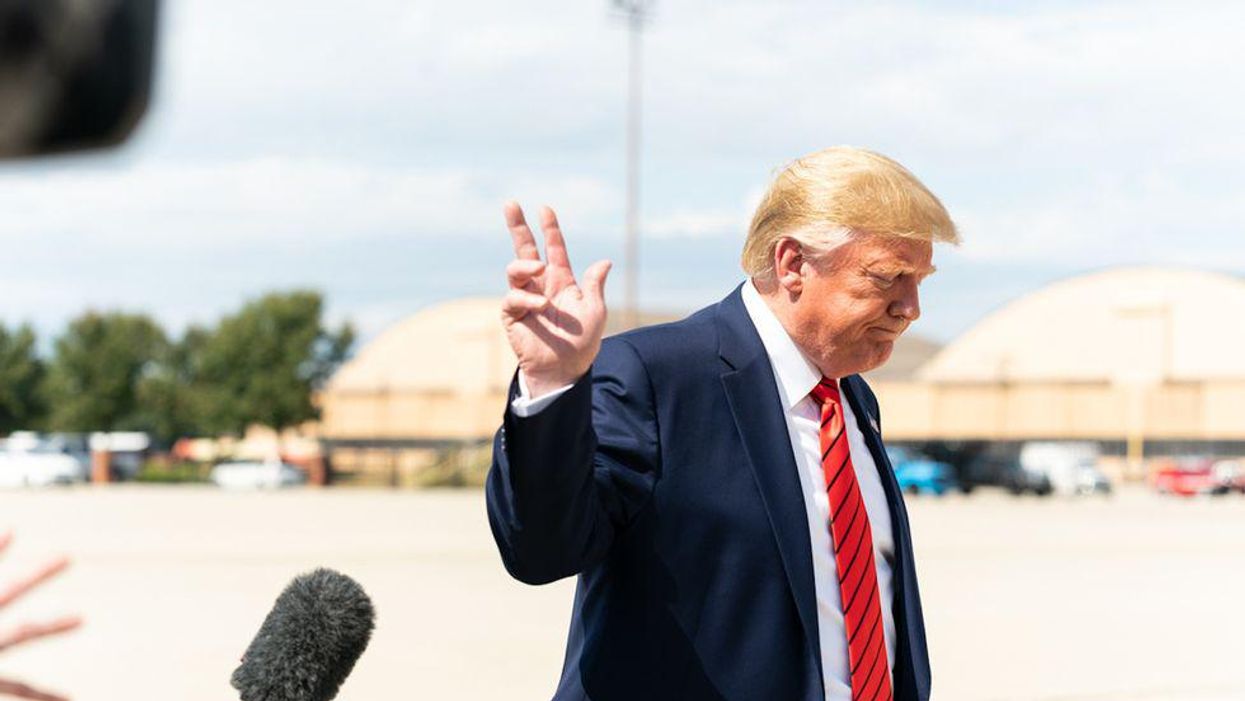 On Monday night, former President Donald Trump endorsed Texas Attorney General Ken Paxton as he fights to keep his current position. George P. Bush, the commissioner of the Texas General Land Office and son of Jeb Bush, had publicly and enthusiastically sought out Trump's endorsement in the race, only to be rejected.

It was a humiliating blow for the man who had overlooked the demeaning treatment his family had received at Trump's hand in order to advance his own political prospects.

Trump repeatedly mocked and shamed former Florida Gov. Jeb Bush in 2016 as they competed for the GOP presidential nomination, a race in which Bush had been seen by some as the favorite. Trump also repeatedly attacked former President George W. Bush, George P. Bush's uncle, and former President George H.W. Bush — his grandfather. Billy Bush, a nephew to the first President Bush, also lost his job when the infamous Access Hollywood video became public in the last days of the 2016 campaigning, showed him laughing as Trump bragged about sexually assaulting women — conduct Trump has never been punished for. Trump even insulted George P. Bush's mother:

George P. Bush is really the rare candidate to affirmatively run on being the only member of his family to profess… https://t.co/XMN2h5RLvb
— Tim Murphy (@Tim Murphy) 1622729041.0

Despite this bleak history with his family, George P. Bush went out of his way to make nice with Trump in order to win his favor.

It’s the pinned tweet that really elevates this over your standard “life comes at you fast” https://t.co/MDQqYGwfVF
— Benjy Sarlin (@Benjy Sarlin) 1627346322.0

As part of this demonstration, Bush even made light of the fact that Trump had publicly disparaged his family members:

I missed out on the @georgepbush swag yesterday: The koozie says "this is the only Bush that likes me. This is the… https://t.co/2BhjOwDOHR
— Scott Braddock (@Scott Braddock) 1622723928.0

Trump's choice of Paxton isn't particularly surprising — he's been a devoted sycophant and played a prominent if ultimately witless role in trying to overturn the 2020 presidential election — but the sitting attorney general's apparent weaknesses as a candidate only enhance Bush's humiliation. He is currently under indictment for securities fraud, and he has been accused of additional crimes, including bribery, by his own aides. He is reportedly under federal investigation apart from the existing indictment against him, to which he's pleaded not guilty.

Nevertheless, he's Trump's man, as the former president made clear Monday to Texas voters. Despite turning on his family, George P. Bush couldn't compete with that.