Trump was distraught and said 'I can't believe it' over his CFO being taken in handcuffs: reporter 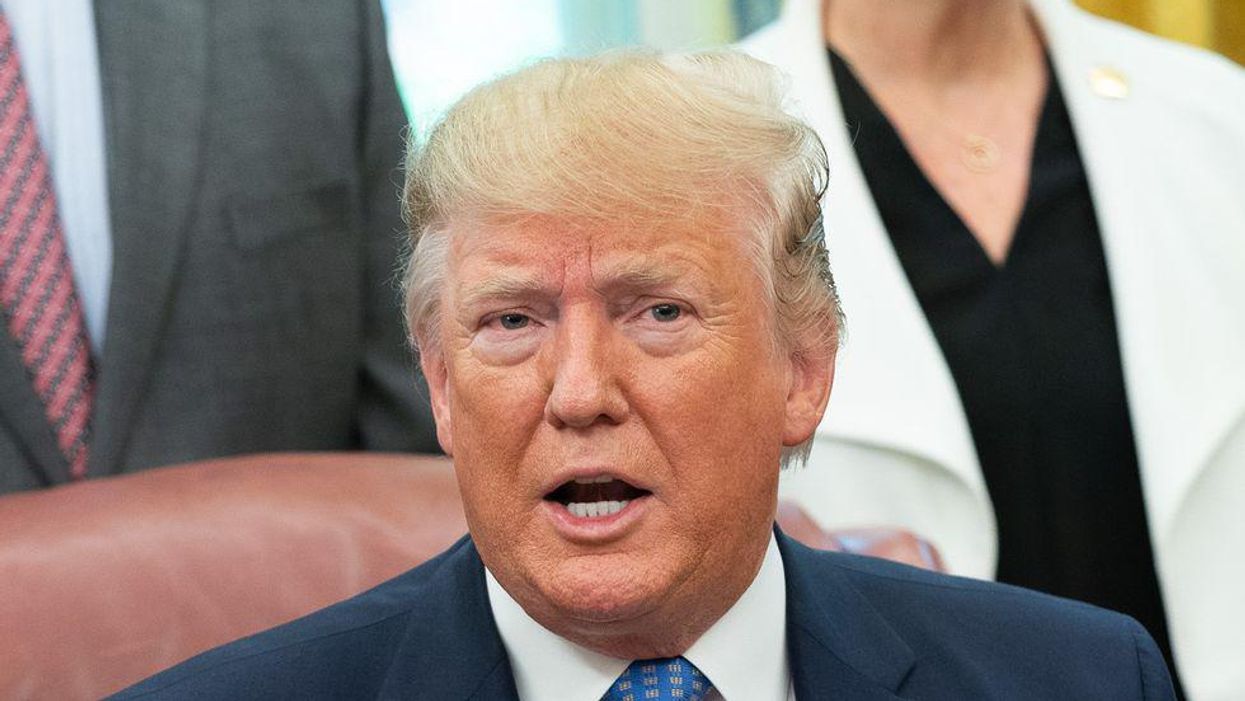 After the news broke, on Thursday, that a grand jury had officially indicted Allen Weisselberg, long-time chief financial officer for the Trump Organization, for alleged financial crimes, some reporters noted that former President Donald Trump has not been charged with anything so far. Trump, however, has reacted to the indictment — and according to ABC News reporter John Santucci, he is furious.

Weisselberg has entered a plea of "not guilty" to charges that that include criminal tax fraud, falsifying business records and grand larceny. The Trump Organization itself has also been indicted for alleged financial crimes, and the indictments resulted from an investigation by Manhattan District Attorney Cyrus R. Vance, Jr. Under New York State law, companies as well as individuals can be indicted on criminal charges.

Santucci reported, "I just spoke to former President Trump, who is reacting to this in real time. He called the charges a 'disgrace,' said it's a continuation of the witch hunt that's been going on for some time — repeatedly said, 'It's a shame.'"

After his arrest, Weisselberg was seen being escorted by police in handcuffs — a fact that Santucci brought to Trump's attention.

Santucci explained, "I said, 'Mr. President, are you aware that they brought your CFO in handcuffs?' The president was unaware of that. He actually paused for a moment while we were on the phone, looked up at cable news coverage and said to me, 'John, I can't believe it. It's a disgrace. He's a tremendous person.' And he went on to say about Weisselberg — this is former President Trump — he says, 'They are pressuring him. They are setting him up. They want him to lie against Trump.'"

The ABC News reporter continued, "I then asked the former president: Does he think that's going to happen? And his response was: No. This was someone of course, as we've been reporting, who has worked for former President Trump and the Trump Organization for some time. He's been an employee there since the 1970s — prior to that, actually working for Fred Trump, the president's father, when they had a company out in Queens and Brooklyn outside of Manhattan."