Trump goes off on Justice Brett Kavanaugh in a new interview: 'Totally disgraced' 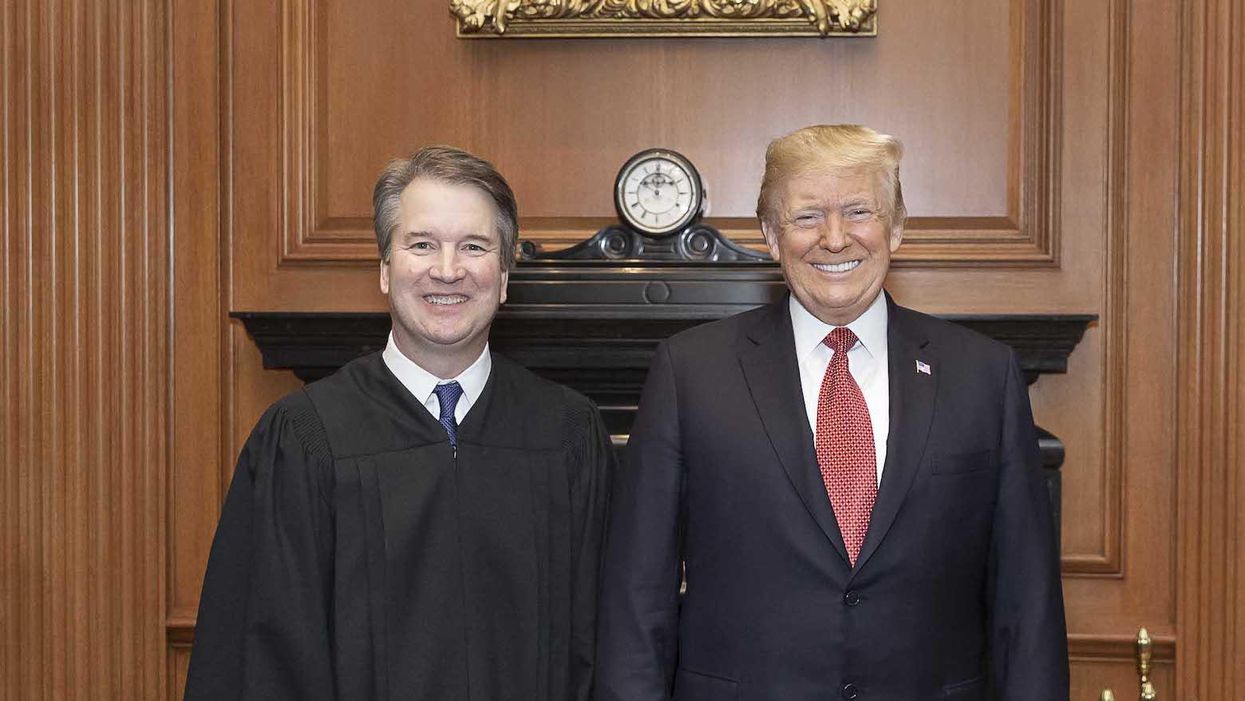 No matter how much fellow Republicans jump through hoops to please Donald Trump, the former president will inevitably hold grudges against all the ones he believes have let him down in some way — a list that includes everyone from former U.S. Attorney General William Barr to former Vice President Mike Pence to former Secretary of State Rex Tillerson. And according to journalist Michael Wolff, author of the new book "Landslide: The Final Days of the Trump Presidency," Trump also holds a bitter grudge against U.S. Supreme Court Justice Brett Kavanaugh.

Interviewed by Wolff for the book, Trump complained that he is "very disappointed" by Kavanaugh's votes since joining the High Court in 2018 and believes that he "hasn't had the courage you need to be a great justice."

Trump, during his four years in the White House, nominated and appointed three U.S. Supreme Court justices — first Neil Gorsuch in 2017, then Kavanaugh, then Amy Coney Barrett in 2020. The U.S. now has its most right-wing Supreme Court in generations, putting Roe v. Wade and other rulings in danger.

But that isn't enough for Trump, who said of Kavanaugh, "There were so many others I could have appointed, and everyone wanted me to. Where would he be without me? I saved his life. He wouldn't even be in a law firm. Who would have had him? Nobody. Totally disgraced. Only I saved him."

Kavanaugh, now 56, was hardly obscure or totally unknown when Trump nominated him for the U.S. Supreme Court in 2018. He had spent 12 years as a judge for the United States Court of Appeals for the District of Columbia Circuit. Prior to that, Kavanaugh served as White House staff secretary for three years under President George W. Bush.

Axios' Mike Allen notes that some of Trump's disdain for Kavanaugh has to do with the 2020 presidential election.

"For Kavanaugh to not do Trump's bidding on the matter of ultimate importance — overturning the election — was, in Trump's mind, a betrayal of the highest order," according to Allen.

Allen points out that although Trump also "feels betrayed by" Gorsuch and Barrett, he is especially disdainful of Kavanaugh.

Looking back on how bitterly divisive Kavanaugh's confirmation battle became in 2018, Trump told Wolff, "I had plenty of time to pick somebody else. I went through that thing and fought like hell for Kavanaugh — and I saved his life, and I saved his career. At great expense to myself.... OK? I fought for that guy and kept him."