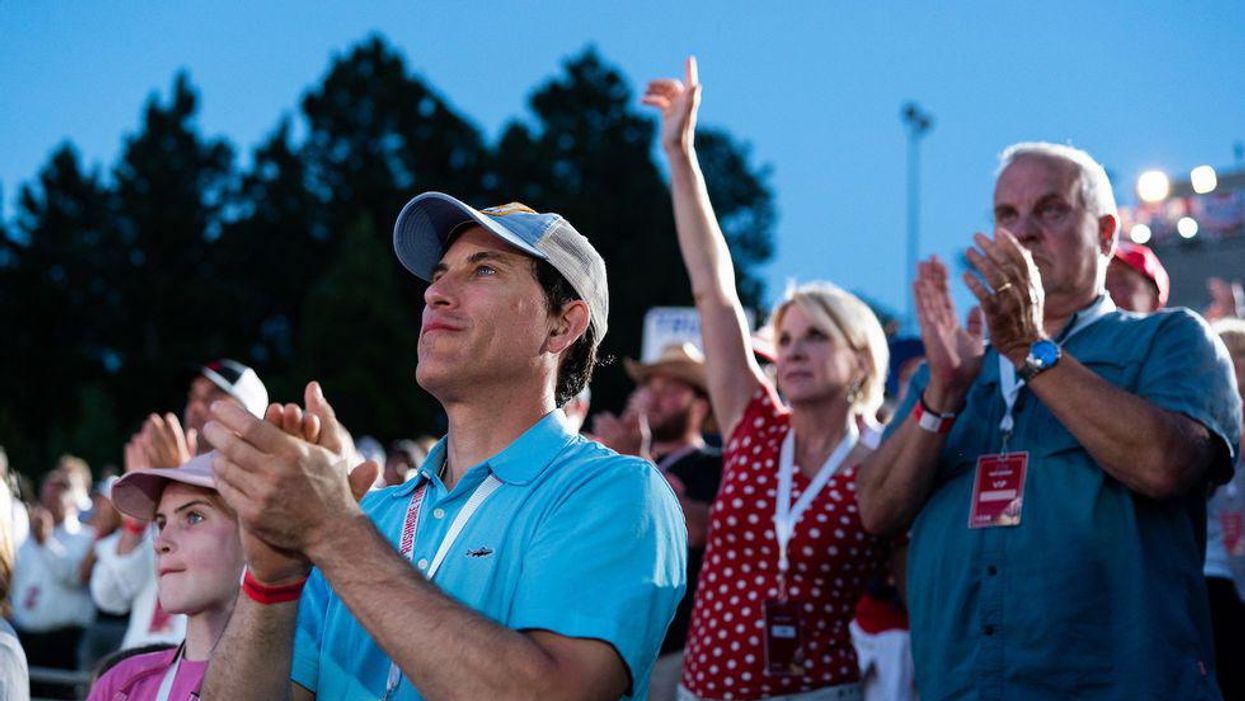 Don't tell the Republican Party, but Donald Trump isn't exactly killing it with one of his most loyal demographics: white men.

Trump's biggest blow, according to Civiqs tracking, has come from white male independents, where his favorables have dropped a solid 10 points since a post-Election Day high of 53% in mid-November. Now Trump is 6 points underwater with the demographic, 43% - 49%.

This whole trend among white men is super interesting, but let's focus on one particular aspect of it—education level. Trump is taking his biggest hit among white male Republicans and independents with higher levels of education. In fact, the more education, the worse it gets for Trump.

To take an extreme example, here's white male indies with postgraduate degrees, where Trump's unfavorables have jumped about 10 points since Election Day to 64% now.

And here's white male Republicans with postgraduate degrees, where Trump's favorables have plummeted from 84% on Election Day to 71% now.

The Trump era has been defined to some extent by Donald Trump's ability to defy political gravity, which makes this relative fall from grace among white men both notable and very interesting in the context of 2022. The Republican Party has doubled down on Trumpism at a time when Trump himself is losing favor with one of his most loyal demographics. And when it comes to winning the suburbs, Republicans don't seem to be doing themselves any favors.