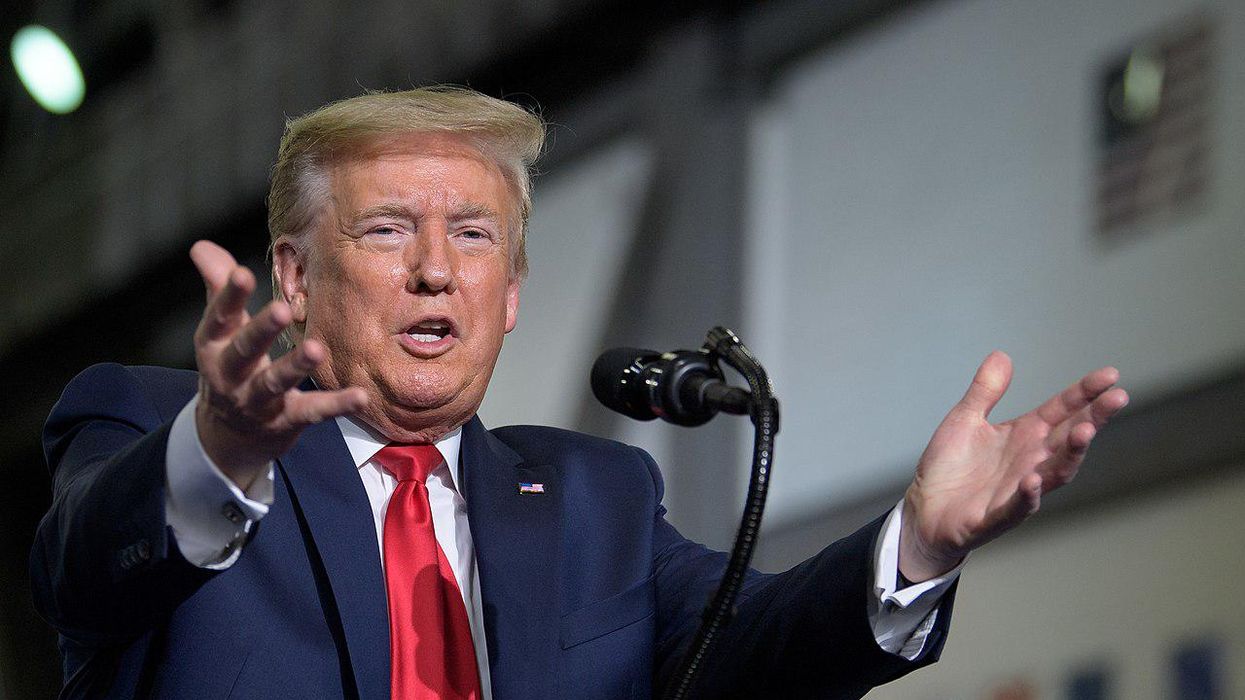 It remains to be seen whether or not former President Donald Trump will run in the 2024 GOP presidential primary, or whether he will instead throw his support to the most Trumpian of the candidates. But according to Daily Beast reporter Roger Sollenberger, Trump may have already violated campaign finance laws.

Sollenberger, in an article published this week, explains, "In his latest round of will-he-or-won't-he, Donald Trump on Sunday got closer than ever to indicating he will run for president again, telling Fox Business he's already made up his mind but can't reveal his answer because of campaign finance issues. The thing is, experts told The Daily Beast, in his quest to avoid violating election laws, Trump may have done just that."

Over the weekend, Sollenberger notes, Trump was interviewed by Fox Business' Maria Bartiromo — who asked him about his plans for 2024. The former president responded, "I do know my answer, but I can't reveal it yet because that has to do with campaign financing…. We're going to do very well."

According to Sollenberger, Trump's "statements to Bartiromo — including a reference to endorsements — suggest he may have crossed into new territory, at least in the eyes of the Federal Election Commission." Sollenberger points out that under FEC rules, candidates must file reports with the federal government if they decide to run for office and spend or raise more than $5000. However, there is an exemption to that rule, Sollenberger observes, if the candidate is "testing the waters."

Daniel Weiner, deputy director of election reform for the Brennan Center at New York University, explained how the FEC's "testing the waters" exception may affect Trump.

Weiner told the Beast, "'Testing the waters' is a legal concept intended to address a situation where there's genuine uncertainty, but you cannot just start raising money when you know for sure you are running and claim a free pass from campaign finance rules."

Paul Ryan, who serves as vice president of policy and litigation for Common Cause told the Beast that uncertainty is "irrelevant to" FEC rules.

"Once again," Ryan argued, "Trump has either received bad legal advice or failed to comprehend legal advice. Whether or not someone admits their status is irrelevant to the law."

According to Jordan Libowitz, communications director for Citizens for Responsibility and Ethics in Washington, the FEC's reporting rules will apply retroactively if Trump announces his candidacy.

Libowitz told the Beast, "Trump — if you believe what he's saying — has already decided. So, if he ends up getting in the race, that would mean he had made the decision as of now, and should be filing FEC reports as a candidate."