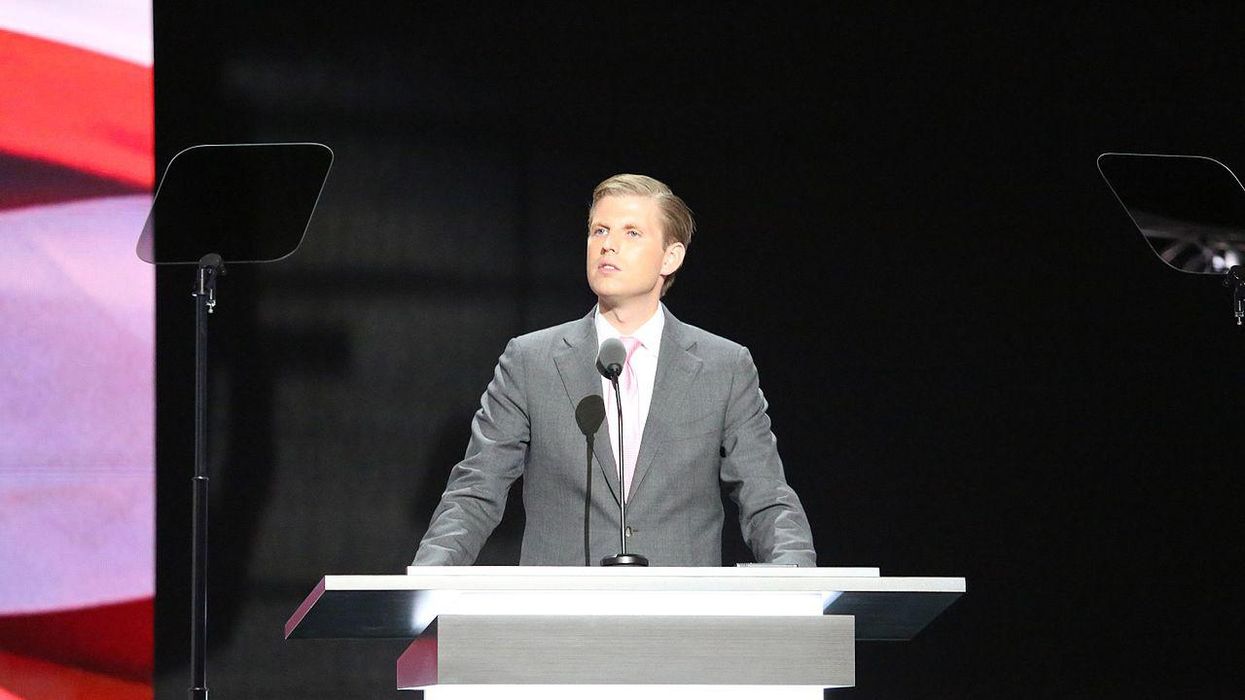 When Florida was called for then-President Donald Trump on Election Night 2020, Trump and his supporters were feeling optimistic. But when the vote-counting in Pennsylvania and other swing states continued, that optimism began to turn to panic — and one of the Trumpistas who had a meltdown in the White House, according to Washington Post journalists Carol Leonnig and Philip Rucker, was Eric Trump.

Eric Trump's November 3, 2020 meltdown is among the anecdotes in Leonnig and Rucker's new book, "I Alone Can Fix It': Donald J. Trump's Catastrophic Final Year." Excerpts from the book have been published in the Washington Post, and Eric Trump's Election Night hissyfit showed that he can be every bit as childish as his father.

Eric Trump, according to the Post reporters, ranted, "The election is being stolen. Where are these votes coming from? How is this legit?"

Leonnig and Rucker report that Eric Trump "yelled at the campaign's data analysts, as if it were their fault that his father's early leads over (Joe) Biden were shrinking" — and he screamed, "We pay you to do this. How can this be happening?"

Donald Trump, Jr., upon seeing the Pennsylvania vote count, was also incredulous on Election Night, saying, "There's no way we lose to this guy."

According to Leonnig and Rucker, "Trump and his family became apoplectic as the night ticked on and his early leads over Biden in Pennsylvania and other states kept shrinking."

Those early Election Night returns reflected the vote count in "Pennsyltucky," and the more the votes were counted in Philly and its suburbs, the better it looked for now-President Joe Biden. When the Associated Press and other major news outlets called Pennsylvania for Biden on Saturday, November 7, huge crowds of Philadelphians were celebrating in the streets; that's how wildly unpopular Trump is in Philly.

Regardless, Eric Trump refused to believe that his father lost the state, promoting his father's bogus and totally debunked claim that Pennsylvania was stolen from his because of widespread voter fraud. In fact, bipartisan recounts confirmed that Biden won Pennsylvania fair and square along with four other 2016 Trump states that he flipped: Georgia, Michigan, Arizona and Wisconsin.