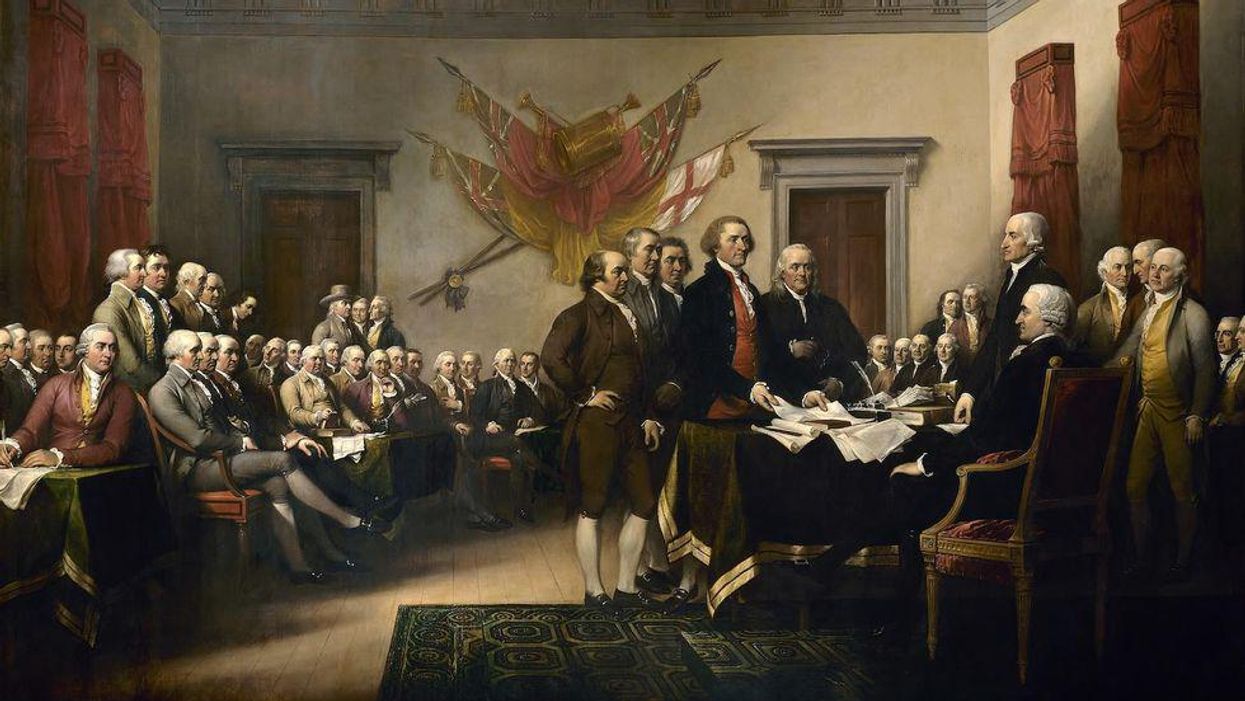 Education bills are being passed around the country to protect children from the "evil" critical race theory and 1619 Project. They might make white children feel bad. Forget that those railing against these academic efforts rarely understand them or their purpose correctly, or that sexist and racist education has been making students feel bad for generations. The latest bill to gain attention is a Texas Senate bill passed in response to a House bill, set to become law in September, that included a bunch of conservative ahistorical requirements, but also had too many women and marginalized groups on the required list. While claiming to fight indoctrination, these bills miss historically accurate opportunities to paint the United States in a positive light, because they're so worried kids might learn about white supremacy in the process.

The first mistake these bills make is introducing "morality" into an analytical historical education. Morality is usually a personal or religious judgment that can be culturally dependent. It's not useful for analyzing history. Bigotry, violence, discrimination, white supremacy and harm impact are concepts we should be considering. Both bills require students be taught "the fundamental moral, political and intellectual foundations of the American experiment in self-government," and prohibit teaching that "an individual's moral character, standing,or worth is necessarily determined by the individual's race or sex." However, only the House bill includes a requirement "that the history of white supremacy, including but not limited to the institution of slavery, the eugenics movement, and the Ku Klux Klan, and the ways in which it is morally wrong." Both bills mandate that teachers don't teach that "with respect to their relationship to American values, slavery and racism are anything other than deviations from, betrayals of, or failures to live up to, the authentic founding principles of the United States, which include liberty and equality."

This last statement included in both is one of the most problematic requirements of these educational mandates as it forces teachers to elide important aspects of America's history and ultimately participate in nationalistic propaganda. We know that the first African slaves arrived in 1619 (don't worry I didn't cite the 1619 Project), only 12 years after Jamestown, Virginia, was founded. We know the first laws "racializing" slavery and making it an inheritable state were passed in Virginia in 1662.

At the time of the Declaration of Independence, slavery was legal and existed in all 13 colonies. The first gradual abolition law was passed in 1780 in Pennsylvania with all Northern states following until New Jersey passed the last one in 1804. Since most Northern states passed graduation emancipation acts, meaning enslaved people would be freed once they reached a certain age, slavery existed in many Northern states until the Thirteenth Amendment in 1865. Slavery was also inscribed in the Constitution with the Three Fifths Compromise, that enslaved peoples would be counted as three-fifths of a person for census purposes and representative apportionment.

There were also federal laws that supported the rights of slave owners and Southern state rights like the Fugitive Slave law of 1793, made stronger by Prigg v. Pennsylvania, and the Fugitive Slave Act of 1850 which required those living in free states to participate in catching fugitive slaves. It's hard to argue that an institution with this level of federal support was a deviation from the country's values at the time.

The more conservative Texas senate bill is particularly puzzling in that it wants teachers to tell children slavery was a deviation from America's values, but doesn't want the students to learn that slavery and the Ku Klux Klan are "morally" wrong. Isn't that kind of a mixed message? At least the House bill pays lip service to teaching that American values actually condemn racism. The hesitancy to condemn the Klan is a real missed opportunity as well, because it's one of the only times conservatives actually have examples of the United States fighting violent racism.

Historically, the federal government has not been swift in its actions to tamp down racist institutions, with the exception of the first Klan. Initially, the first KKK formed in the wake of the Civil War during Reconstruction in 1865. Klan activities were violent, racist and targeted against Republican Reconstruction efforts. As a result, Union troops stationed in the South during Reconstruction worked hard at combating the violence. President Grant signed the Enforcement Act of 1870 and the Civil Rights Act of 1871 to enforce civil rights provisions and combat the Klan. Grant eventually suspended habeas corpus and invoked the Insurrection Act of 1807 to apprehend Klan members, many of whom were incarcerated and fined. A grand jury named the Klan as a "terrorist organization" in 1870. By 1872, the first Klan had mostly disbanded as a result of the government's willingness to use troops and enforce legal action.1

I'm not in the habit of teaching American history through a lens of proving our country's morality and commitment to equality, but if you were, I can't really think of a better example than the federal government's response to the first KKK. Of course, to use this example you would have to want to condemn the Klan and white supremacy.

While I appreciate that the initial Texas House bill includes mandating teaching Martin Luther King's "I Have a Dream Speech," Frederick Douglass, the Chicano Movement, and Women's Suffrage (and the willingness to condemn the Klan and white supremacy of course), the biggest problems with these bills exist in both of them.

History should not be taught through a moral lens or as a tool of nationalistic propaganda. Bigotry and discrimination should not be taught as if both sides are valid (oh yeah, another provision in both bills is that teachers can't give deference to one perspective over another). We can teach aspirational possibilities of the founding documents without ignoring that slavery was imbedded in the fabric of the nation. In fact, as Nikole Hannah-Jones explains in the 1619 Project, Black Americans have been at the forefront of pushing the United States to live up to its promised ideals.

Mia Brett, PhD, is a legal historian who writes about the construction of race and gender in American history. She lives with her dog Tchotchke. You can find her tweeting @queenmab87.