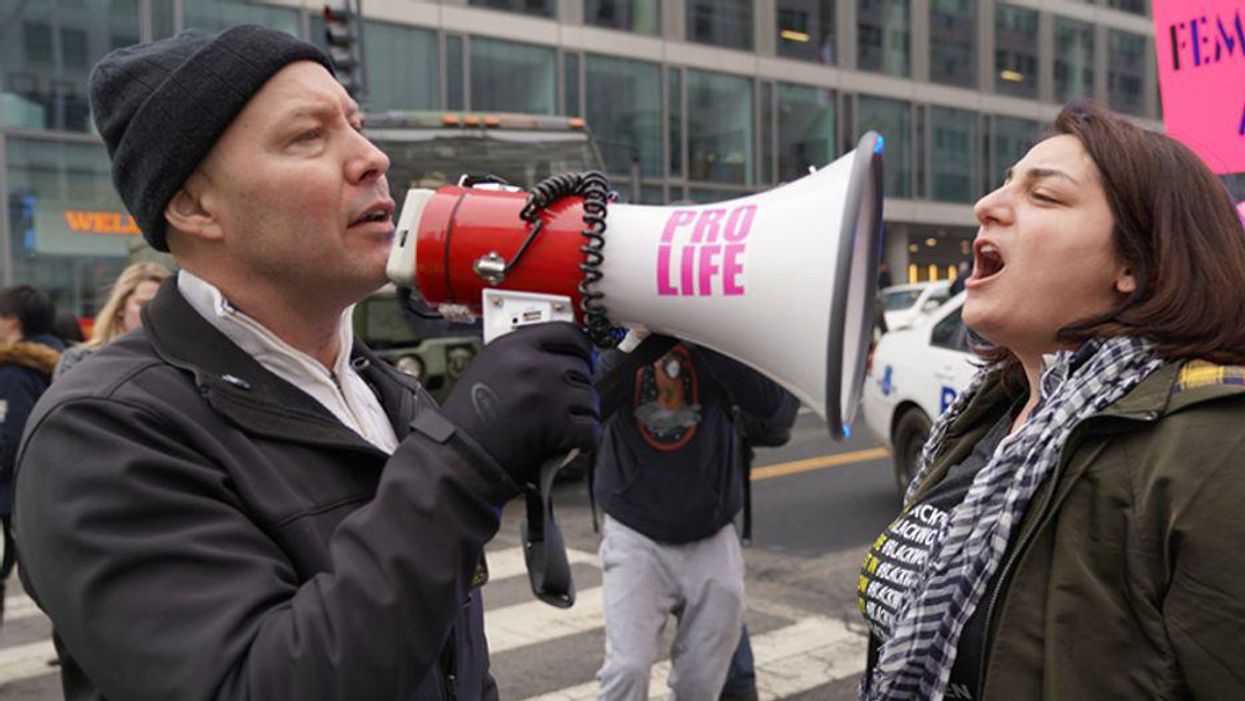 So you know how we often tell anti-choicers that our abortions are none of their business? Well, unfortunately, Texas just passed a law (HB1515/SB8) to make all abortions after heartbeat detection (about six weeks) literally everyone's business.

Usually (as in almost always) enforcement is the state's job but, according to this new ban, enforcement will only be the purview of regular citizens. It doesn't expect people to barge into procedure rooms and engage in a citizen's arrest, but it instead provides a mechanism for suing abortion providers. If individuals can prove the abortion provider performed an illegal abortion, they will be awarded $10,000 per illegal abortion proven in civil court. Yes, this law is really as bonkers as it sounds. It's so bonkers that the following paragraphs will mostly be about proving just how ridiculous this law is.

A new abortion law is the first law in the nation to place the entire mechanism of enforcement in the hands of private citizens.

A pre-viability abortion restriction cannot create an "undue burden" to accessing an abortion. Whole Women's Health is still law (though the Supreme Court has accepted a similar case this term suggesting a revisit) and it struck down targeted abortion restrictions that created an undue burden to accessing an abortion. More than that, the court held that determining the undue burden of a restriction was the purview of the courts, not the legislatures. Six-week abortion bans aren't just pre-viability bans. They would effectively ban all abortions since pregnant people often don't know they're pregnant at six weeks. Sixteen states have attempted to fully ban abortions before viability (usually around 23 weeks) and have been stopped by a federal court. Texas knows that six-week abortion bans have pretty universally been overturned by federal courts, which is why the state is trying a new approach with this latest law.

Texas' new law is the first in the nation to place the entire mechanism of enforcement in the hands of private citizens. The other unique aspect of this law is that people can sue without proving damage. People who were not personally harmed by the abortion, and were not a party to the "crime" in any way, somehow still have standing to not only sue in civil court but also to recover damages to the tune of $10,000.

Financial settlements in civil court are supposed to provide redress for actual harm done to a person so how does the awarding of money when you weren't a party to an action at all make any sense? You're right! It doesn't! This award is more like a bounty paid to someone for recovering a criminal or a reward for supplying useful information to authorities. Except in both those cases, state law enforcement officials are involved and there's no legal cause of action where a person claims to have standing to sue based on someone else's private business. Last month, the Supreme Court limited the scope of a class-action suit by ruling that only people who had suffered "concrete harm" had a right to sue TransUnion for incorrectly tying people to terrorist organizations through their credit reports. One would hope the court would agree that private citizens don't suffer "concrete harm" by strangers having an abortion. But we all have reason to be scared about any abortion case heading to the current court.

Texas's Travis County Attorney Delia Garza outlined a scenario in which a rapist could profit off his crime by suing the doctor who performed an abortion on his victim.

So why would Texas go out on such a weird legal limb for this law? Legislators are hoping that by removing all state actors from enforcement of the law they can avoid constitutional challenges and stay out of federal court. The legislative director for Texas Right to Life admitted this himself when he said "this was not working in federal court, so let's try a different route." As I said, Texas knows six-week abortion bans have been pretty universally struck down by federal courts considering constitutional questions, so with this new law they're hoping to keep the suits in state courts that don't take up constitutional questions. This makes the suits much more difficult to bring and means the suits carry with them more risk. There's no telling what each individual judge will decide so even if one judge refuses to award damages because the law is blatantly ridiculous another could uphold the law and force individuals to pay thousands and thousands of dollars for performing abortions. Additionally without a clear path for legal challenges many abortion providers won't try to challenge the law and will instead just stop performing abortions entirely.

The financial motivation also provides a high incentive to interfere in other people's lives and drag people into court. Consider the mechanisms for abuse. Even if a woman did not have an illegal abortion, her rapist or abusive spouse could drag her and her doctor into court and force her to disclose medical records and personal information. Travis County Attorney Delia Garza outlined a scenario in which a rapist could profit off his crime by suing the doctor who performed an abortion on his victim. Since the law includes those who "aided" an illegal abortion in being subject to a suit, it also has the added effect of possibly preventing pregnant people from even seeking counsel on abortion. A spiritual leader, therapist, friend or even a cab driver (if they drove the person to the abortion facility) could be subject to one of these suits.

This new Texas law is a transparent political ploy to enact an abortion ban without fear of federal challenge. Abortion providers, abortion funds, clergy and other groups have filed a lawsuit in the US District Court for the Western District of Texas in the hopes they can stop the law before it takes effect September 1. Since it uses a different mechanism for enforcement, the lawsuit challenging it had to include every judge and clerk who could have jurisdiction in enforcing the law in civil court. Unfortunately though we know the law is currently unconstitutional, it's unclear if the procedural change in the law could protect it from the district court judge stopping its effect.

While we're waiting to hear about this lawsuit, please make sure to support local abortion funds in Texas like the Frontera Fund, which provides assistance in the Rio Grande Valley, and The Afiya Center, which is a larger reproductive justice organization for Black women and girls that includes assistance for abortion access.