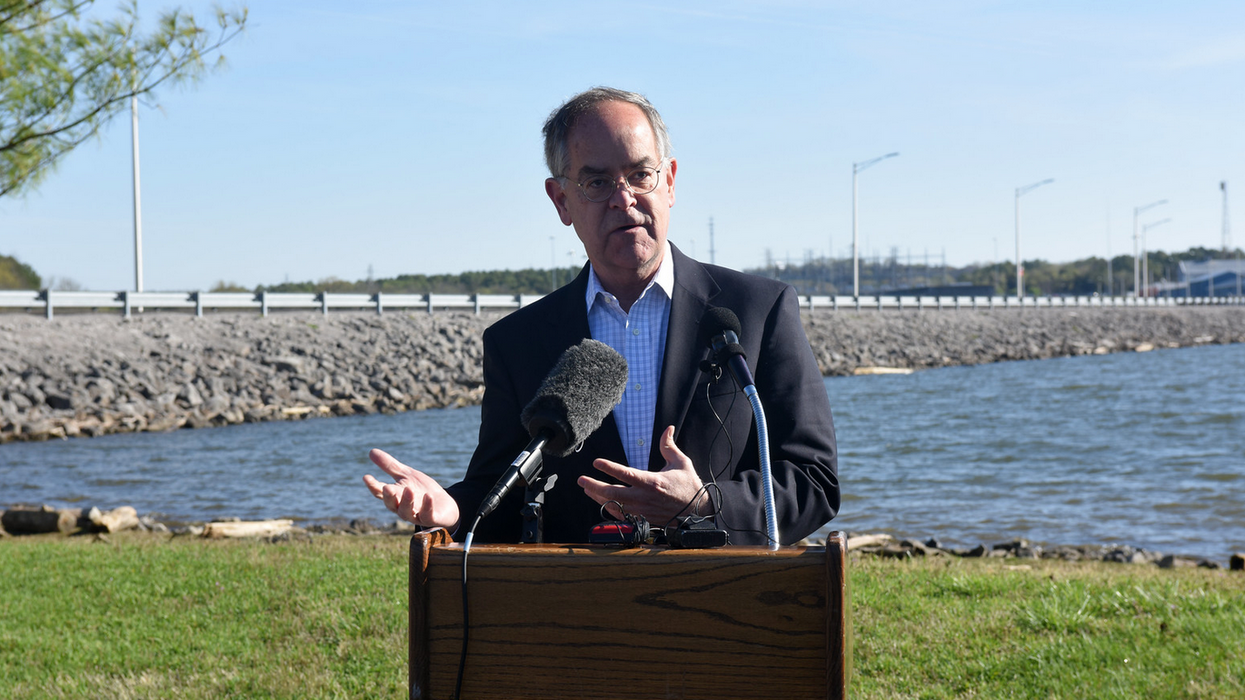 U.S. Rep. Jim Cooper, Tennessee 5th District, addresses the media at Old Hickory Dam in Old Hickory, Tenn., March 29, 2016 during a joint media availability with the U.S. Army Corps of Engineers. The Congressman expressed his concerns about the proposed rock quarry on private property near Old Hickory Dam and Lake, which is operated by the Nashville District. (USACE photo by Leon Roberts)
Alex Henderson
July 07, 2021

It's not a question of whether or not Republicans will resort to partisan gerrymandering going into the 2022 midterms, but a question of how much gerrymandering they will do. And in the Tennessee State Legislature, CNN reports, Republicans are considering breaking up the congressional district where Rep. Jim Cooper, a centrist Blue Dog Democrat, was reelected in 2020.

The 67-year-old Cooper, who has been serving in the U.S. House of Representatives since the 1980s, represents the Nashville area.

Cooper told CNN, "They couldn't beat me fairly. So, now they're trying to beat me by gerrymandering."

The Democratic congressman continued, "It's not about me. It's about the political future of Nashvillians. And they deserve their own voice, regardless of who is their congressman."

To further complicate things, the centrist Cooper is facing a Democratic primary challenge from progressive Odessa Kelly — who Justice Democrats are endorsing.

In fact, Democrats' overall performance in House races in 2020 is one of the things that explodes Trump's false and totally debunked claims of widespread voter fraud. If widespread voter fraud in favor of Democrats really had occurred last year — which it didn't — Democrats would not have suffered as many disappointments in House races as they did. And they would have obtained a larger majority in the U.S. Senate.