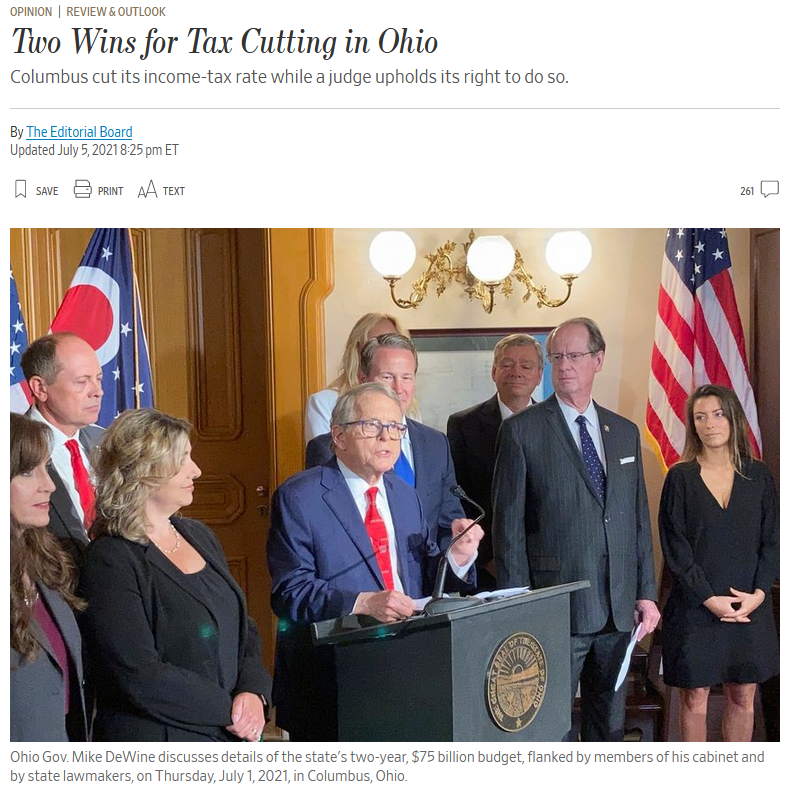 When Ohio's Gov. Mike DeWine signed a tax cut into law on July 1, the Wall Street Journal editorial board (7/5/21) was thrilled. It praised the Republican governor, saying he "lower[ed] income-tax rates for all Ohio taxpayers."

While this is technically true, it's also misleading. Average Ohioans get virtually nothing from the tax cut. The Dayton Daily News (7/4/21) thus advised its readers not to get too excited:

Hold off on popping open some fancy champagne—the money you save might not be enough to buy the bottle. The savings for a taxpayer with a taxable income of $50,000 a year is estimated at $34.

Compare that to the windfall to be enjoyed by Ohio's wealthiest. The average member of Ohio's 1% makes $1.45 million annually, and will receive a tax cut of $5,400. The top 5% get 58% of the benefits, and the bottom 80% receive an average cut of just $43. Unsurprisingly, the Wall Street Journal editorial board omits these crucial facts from their analysis, defending the tax cuts on the grounds that they will "leav[e] more money in taxpayers' hands." 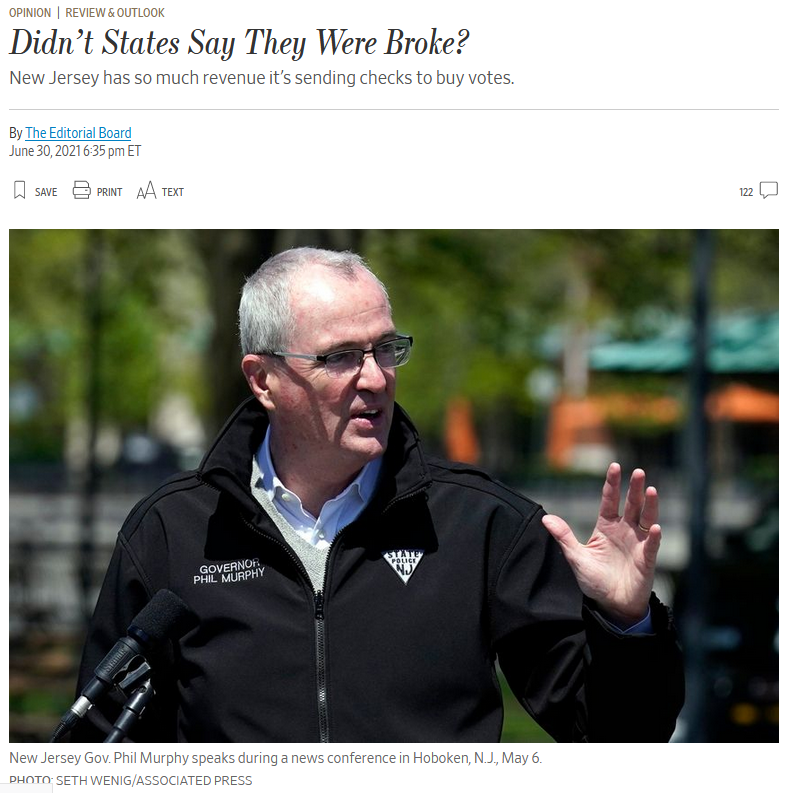 If that's the case, then the editorial board should also love what Democratic Gov. Phil Murphy is doing in New Jersey: His most recent budget includes $500 tax rebates for parents making under $150,000. You might call that "leaving more money in taxpayers' hands," and assume the editorial board would be in favor. But you would be wrong.

Instead, the board (6/30/21) smeared the rebates and other social-welfare spending as an attempt to "buy votes." But New Jersey is a deeply blue state where Murphy won his last election by more than 14 percentage points. The next general election is this November—a race rated "Solid D" by the Cook Political Report. Polls show Murphy heavily leading his Republican opponent, Jack Ciatterelli, in a state Joe Biden carried by 16 points. In short, Democrats don't need to "buy" votes in New Jersey. They already have plenty.

More important, though, is the framing. When government helps the working and middle class, it's tantamount to corruption. Buying votes, after all, would be blatant electoral fraud. But when bought-and-paid-for politicians enact big giveaways to the ultrawealthy, the Wall Street Journal applauds them and considers their actions exemplary. It's clear where their sympathies lie: not with all taxpayers, or even the majority of them—just a select few.