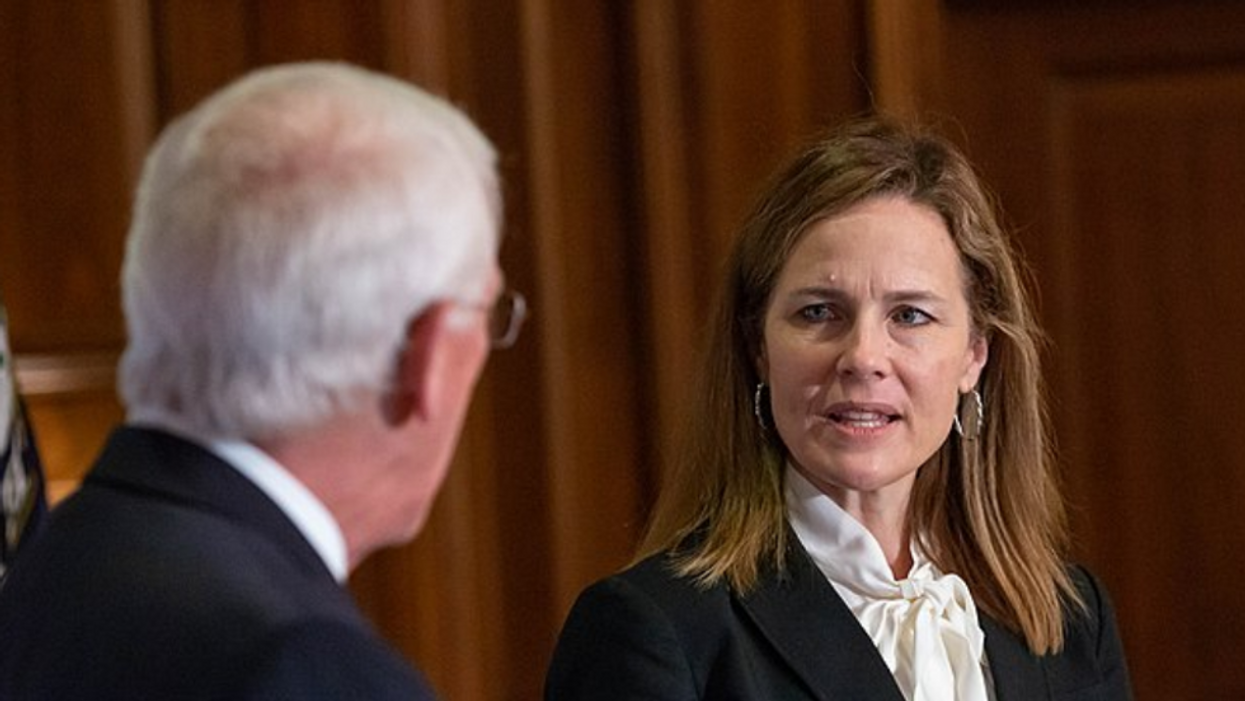 The U.S. Supreme Court on Friday announced it would not take up the case of Arlene's Flowers, a Washington state florists owned by Barronelle Stutzman, who in 2013 refused a same-sex couple's wedding request. The case was a darling of the religious right, the far right, and her hate group attorneys, who falsely parroted the claim that because Stutzman was following her religious beliefs, the elderly florist may lose her business, her home, and her savings. It was a line repeated by many on the right. And it's false.

"Barronelle Stutzman is now going to lose her business, her life savings, and possibly her own home for putting her faith into practice," then-Fox News pundit Erick Erickson claimed, incorrectly, in 2015.

The State of Washington at one point tried to settle with Stutzman for $2000 but she refused, and with her activist Alliance Defending Freedom attorney, went to trial. A Washington judge found Stutzman violated the Consumer Protection Act and the Washington Law Against Discrimination, and fined her $1000, $1 in legal costs, and enjoined her from further acts of discrimination.

She lost at every turn.

Her attorneys at Alliance Defending Freedom, which appears on the Southern Poverty Law Center's list of anti-LGBTQ hate groups, fundraised off her case for years.

Now, it's finally over – although Justices Thomas, Alito, and Gorsuch declared they would have taken up the case.

That the Supreme Court refused to hear this case reinforces that its ruling in the Masterpiece Cakeshop case – the Colorado Baker, Jack Phillips, who "won" at the Supreme Court in an extremely narrow ruling – was not about the Court opposing the rights of LGBTQ people, it was what it said it was: the Supreme Court believed Phillips' case was handled with animus against his religious rights by Colorado authorities.

Legal experts are weighing in on what some are calling a victory today. Some are optimistic, but the first take here is likely the correct one: the Supreme Court is not finished with the construct of LGBTQ rights vs. religious extremism.

Slate's Mark Joseph Stern and Vox's Ian Millhiser agree: right wing activists on the Supreme Court are being very selective about the LGBTQ rights case they want to take up, presumably so they can craft the anti-LGBTQ ruling in a manner they prefer.

If you're wondering why SCOTUS did not take up Arlene's Flowers and grant businesses a sweeping First Amendment rig… https://t.co/tX4U5iIcko
— Mark Joseph Stern (@Mark Joseph Stern) 1625235488.0

The denial of cert (at long last) in Arlene's Flowers is welcome news indeed. Remember that case was sent back for… https://t.co/epijg3xQXr
— Sharon_McGowan (@Sharon_McGowan) 1625235904.0

Supreme Court correspondent for The Economist:

This is surprising because (1) 6 members of the Court have shown substantial deference to claims for religious exem… https://t.co/NtbVoguyJx
— Steven Mazie (@Steven Mazie) 1625233294.0

Director of the ACLU's LGBT and HIV Project: